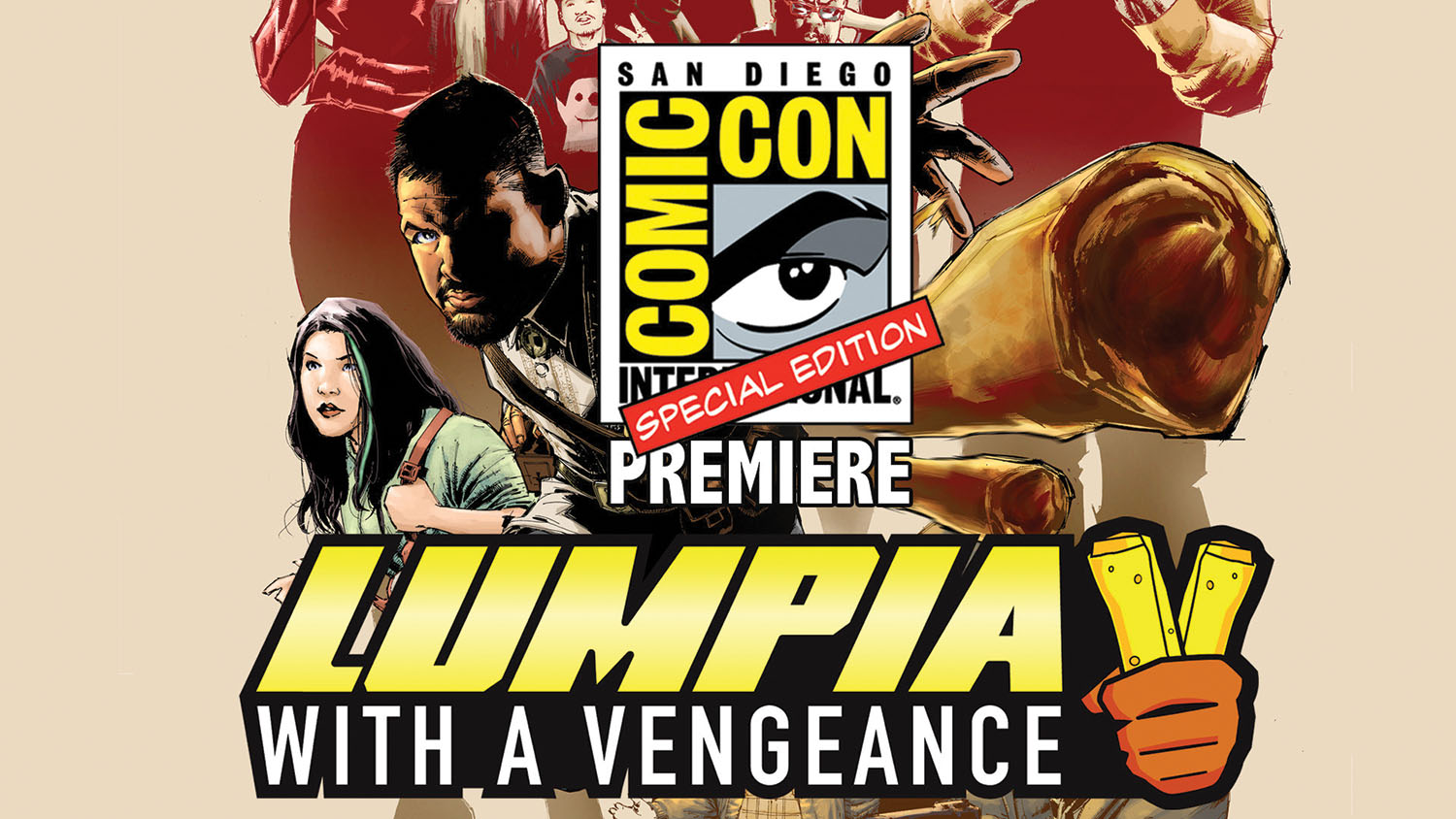 IN the midst of a remarkable film festival circuit run, “Lumpia With a Vengeance,” the popular, award-winning, Filipino American indie comedy feature, will be the centerpoint of an exclusive panel discussion and screening as part of Comic-Con Special Edition — the first in-person Comic-Con in two years.

Preceding Friday’s Comic-Con Special Edition premiere screening will be a panel discussion on the unique path the film underwent to production and the subsequent comic book the film inspired as a result. Concept artist Patrick Ballesteros and illustrator Gerald Pilare are among the panelists joining the filmmakers and special guests for the discussion moderated by Winston Emano.

The panel and screening combination is a Comic-Con first for any Filipino film at the pop culture mega-gathering which annually draws hundreds of thousands of attendees. This year’s Special Edition marks the first in-person Comic-Con in two years.

Cast and crew are expected to be in attendance for the panel, screening, post-screening Q&A Friday as well as appearances on the exhibit floor Saturday.

“It’s an absolute dream to screen at Comic-Con Special Edition,” said Lawrence Iriarte, the film’s executive producer. “Both Pat (director Ginelsa) and I are genuine comic book diehards who first attended Comic-Con in San Diego as fans eons ago, participated as exhibitors in subsequent years and now to be here presenting our film is just incredible.”

The filmmakers are proud to point out that the majority of people who worked on the film — both front of the camera and behind it — are Filipino and Filipino American, a testament to the filmmaking talent that is within the community and a definite statement of inclusivity for Filipino-centric stories on film.

A free, exclusive art print by Ballesteros will be distributed at the screening while special, variant editions of the movie’s comic book tie-in — created independently by the filmmakers themselves — will be available for purchase on the exhibit floor.

“We’re still in a bit of pleasant, geeked-out disbelief,” said Ginelsa. “Comic book culture influence oozes out of every single word, every single frame of our film and comic book. To screen at Comic Con Special Edition is a homecoming of sorts, merging our FIlipino and nerd communities together who love pop culture and Lumpia. Only at Comic-Con!”

For up-to-the-minute updates on “Lumpia With A Vengeance” programme and activities at Comic-Con Special Edition, please visit: lumpiamovie.com.