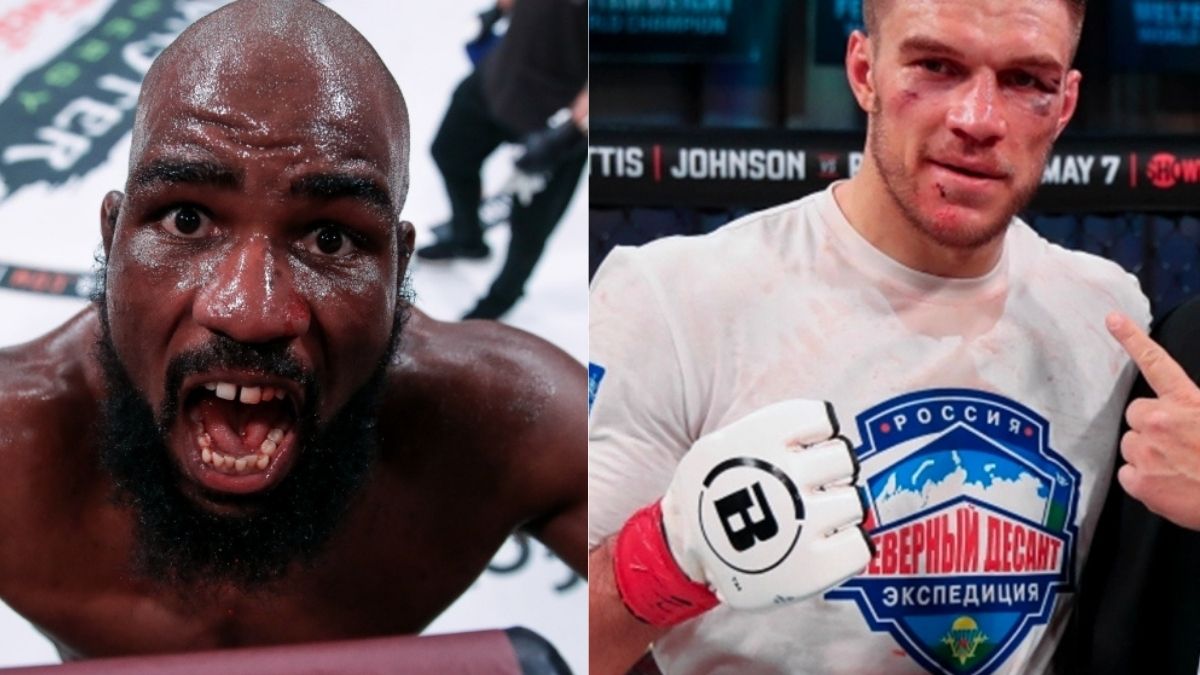 After a long and winding road, finally Bellator’s Light Heavyweight Finals set. And in the end Ryan Bader will not be getting a shot at becoming a double champion again. At least for now, but at the age of 38, the question becomes, how much longer does Bader want to continue.

That’s because at just 51 seconds into the opening round, former UFC fighter Corey Anderson sent shock waves through Bader’s home town by doing this:

All three of “Overtime’s” wins in Bellator are KO finishes. You don’t get a better timed slip and counter than what Anderson did there. Then in the main event Vadim Nemkov successfully for the second time defended the strap in a controlling grinding way.

But the champion did get stung by Julius Anglickas, also in the opening round by a right hand he didn’t see coming It momentarily made people think the belt would be fought for between two underdogs with a seven degree of Daniel Cormier. But immediately the champion picked up the pace. Getting take down after take down and reigning ground and pound on the 30-year old Lithuanian.

When they went back to the feet, Nemkov had a laser sharp jab working. But on the mat he was searching for multiple submissions before he finally got this one at 4:25 of round-4.

Anderson versus Nemkov, which should happen early 2022 (probably by the end of March), has some interesting questions. This version of Anderson’s hands are faster and more dangerous. Nemkov does at times leave his chin exposed. The New Jersey fighter as he’s shown can light people up on the mat.

Nemkov however, is as complete as they come. For as good as Anderson is on the ground, Nemkov may be better. He certainly has a dangerous kicking game, and a major jab. But Anderson is more than solid at boxing. Their ground and pound skills cancel each other out. But Nemkov has a much deeper submission game. He also is younger, faster, and comes from every angle.

The 29-year old Russian has won nine-in a row, and has 10 KO’s and 12-finishes as he’ll be seeking his third-title defense. Not only up for grabs is the strap, but so is a million-dollar prize, and the grand prix championship belt.

For all your sports needs go to: Belly Up Sports. Then for all things CYCLONE, go to: Facebook.