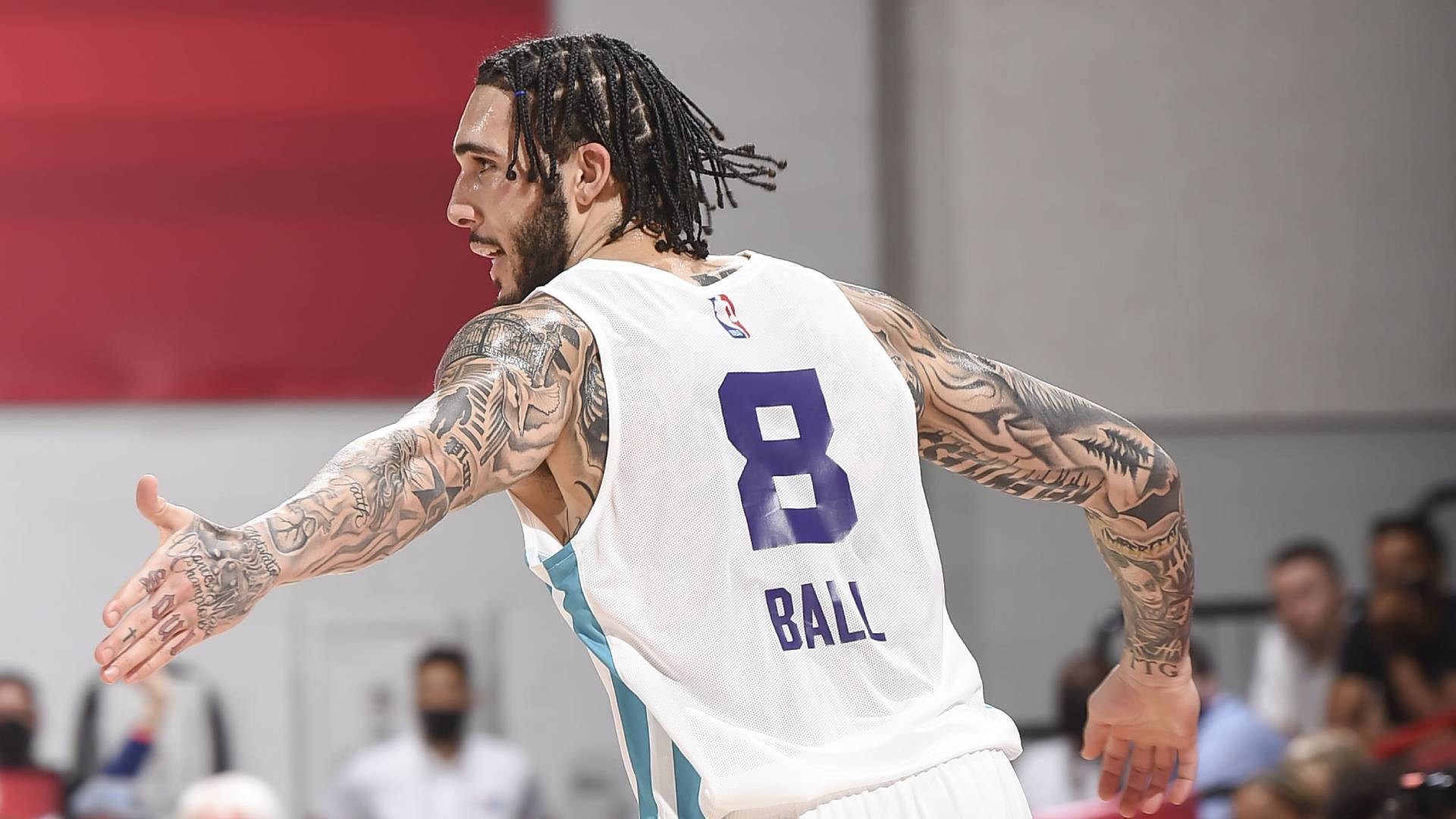 The prophecy has been fulfilled… sort of. LaVar Ball knew all along that all three of his sons would end up in the NBA. We know about Lonzo and LaMelo, but what about LiAngelo?

It is safe to say most NBA fans forget about the middle brother. He is currently on the Hornets G-League team. But, does he deserve a spot on an NBA bench? Let’s take a deeper dive into why he belongs in the NBA.

How Did LiAngelo Get Here?

Playing alongside his brothers in high school, “Gelo” was always one of the best shooters on the team. Don’t believe me? Check this out.

After putting up some outstanding stats in high school, Ball verbally committed to UCLA and followed in Lonzo’s footsteps to Inglewood; however, things happen in life and we wish we could go back in time and change what we did wrong. For LiAngelo, he made a mistake that changed his basketball career forever.

Long story short, he withdrew from UCLA and ended up playing overseas in Lithuania for the Prienai Vytautas. Despite this first step on an unconventional route to the NBA, he averaged 12.64 points/game while shooting about 43% from the floor. After frustrations with playing time and injury issues, he would leave and head back to the United States.

After not being selected in the 2018 NBA Draft, LiAngelo joined the Junior Basketball Association: a league created by LaVar to serve as an alternative to college basketball. He put up some outstanding stat lines for his team, who ended up winning the league championship. He was named the Finals MVP.

This past summer, LaMelo brought LiAngelo along with him to work out at the Hornets facility. After observing his play, the staff was impressed by his play and added him to their summer league roster.

So, How Did LiAngelo Do in the Summer League?

Starring in five games, LiAngelo averaged almost 10 points/game on 38% shooting. His Summer League debut stood out the most and showed he’s more than capable of holding his own against NBA players.

He would end up being signed by the Hornets and waived the next day. But, he was drafted by the team’s G-League affiliate. As he has done before, he stood out in his G-League debut by scoring 22 points on a whopping 69% clip.

Okay, So He Seems Like a Good Player. What Makes You Think LiAngelo Deserves to be on an NBA Bench?

Compared to his two brothers, LiAngelo is the better shooter out of the three. He has shown he can be a dependable 3&D player. During his time in the Summer League, he shot 35% from beyond the arc and was second on the team in steals.

As of today, the Greensboro Swarm have played one regular-season game. LiAngelo played 17 minutes and scored 6 points, all while finishing with a +/- of 7. He’s more than capable of holding his own when given more minutes, and his scoring will help his team win games on a nightly basis.

The goal, however, is to be on the main NBA roster. Though the Hornets rank top 10 in both field goal percentage and three-point percentage, you can never have enough scoring on your team. Calling up LiAngelo to provide scoring off the bench will lighten the load for Terry Rozier and LaMelo.

Remember this: there are 30 teams in the NBA. LiAngelo belongs in the NBA, and it’s nice to see the Hornets give him a fair opportunity to show what he can do. But, he belongs in the big leagues. All it takes is one contract, and he will make a difference for your favorite team.

For now, keep showing what you’re capable of, LiAngelo.

For more on the NBA and the Ball family, check out Belly Up Sports and follow Nathan on Twitter!