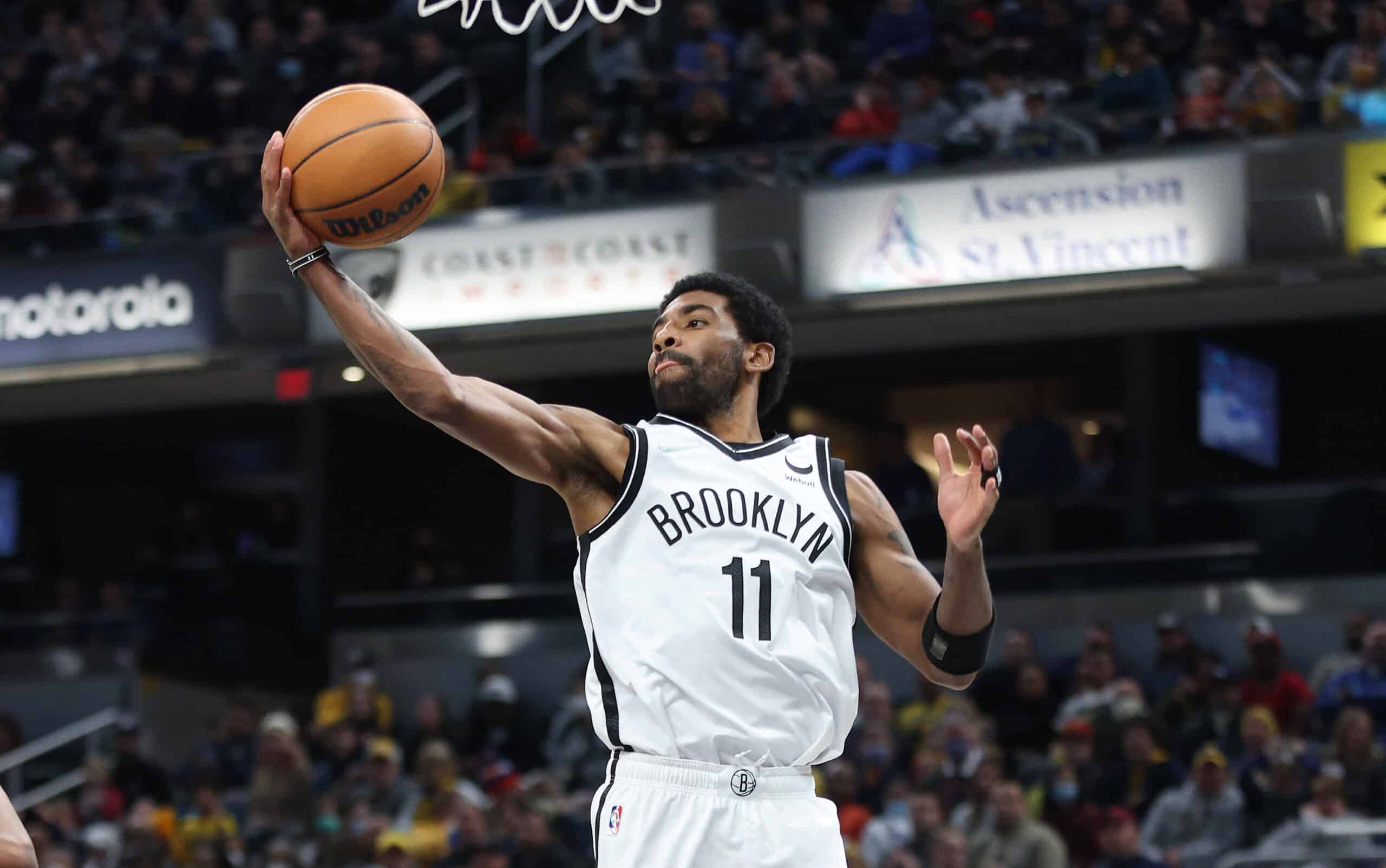 Kyrie Irving is back with the Brooklyn Nets – well, mostly.

The unvaccinated guard returned to the NBA after being sidelined since the beginning of the season.

Many people worried how well he would do after months of not playing with this squad but Irving put up 22 points in his return to the court.

That’s all well and good but a major problem still remains for Irving: he can’t play in home games due to New York’s COVID vaccination regulations.

Therefore, Irving is only available for away games – and there are some huge ones in the weeks ahead.

When will Irving come in most handy?

The Nets have some formidable opponents in the weeks ahead but, thankfully, many of them will be away games and will let the team use Irving’s talents.

Perhaps the most consequential games will be this Wednesday when the Nets play in Chicago against the Bulls and the 29th of January when Brooklyn travels to San Francisco to take on the Golden State Warriors.

It also should be noted that the Nets will immediately follow up their game against the Warriors with one against the Suns in Phoenix.

You don’t need to be reminded that both of those teams are red-hot this season, with the Bulls currently the number one team in the Eastern Conference.

The Nets have already played against the Bulls twice – and lost both times.

They’ve also taken on the Warriors for one game – and also lost.

But Brooklyn didn’t have Irving for those games, so the hope is that he is able to come through and deliver the sort of points and assists and play-making abilities that can take them over the edge.

There are a few other games that could throw a monkey wrench into Brooklyn’s plans.

They are playing against the Cleveland Cavaliers and San Antonio Spurs at their respective courts.

You would think that these two squads wouldn’t be big challenges, but the Cavs have been formidable lately and the Nets nearly lost to the Spurs at home on Sunday.

Of course, the Nets didn’t have Irving with them when they went into overtime against San Antonio because the game was in Brooklyn.

Hopefully, they can easily pull away from the Spurs next time with Irving on their side.

The NBA playoffs are just a few months away and they will be very challenging for the Nets.

The Eastern Conference hasn’t been this good in a long time.

That means the team will need all hands on deck for each game and, sadly, that is impossible under the current vaccination rules.

So it’s very likely the Nets will be playing half of their playoff games without their star player.

This is going to cause some issues and will have more than a few people pleading with Irving to get his vaccines so he is 100 percent available.

Will the chance of the NBA Finals be enough to persuade him or will Brooklyn only have Irving as a part-time player for the rest of the season?