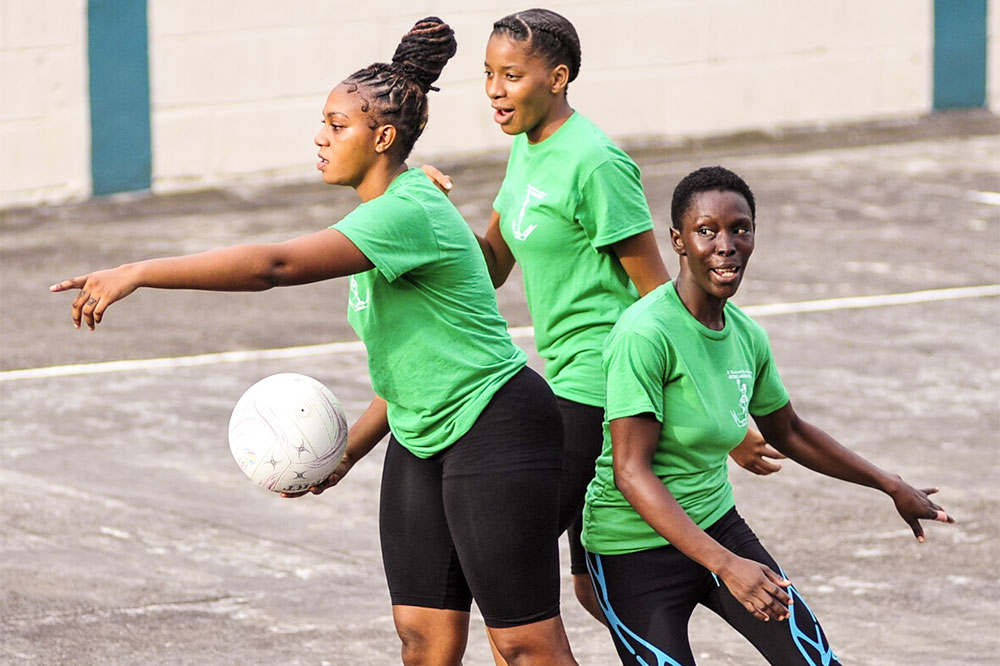 Twenty-year-old Kristiana Christopher, captain of the St.Vincent and the Grenadines (SVG) National Under-23 Netball Team is confident that she and her players will make their country proud with their performances in Guadeloupe at the June 29-July 3, 2022 Canoc Caribbean Games.

She told SEARCHLIGHT that in terms of preparation of the 12-member squad, “So far we have been doing great, still have some weak ends that need to be strengthened, but by the grace of God, we shall conquer everything.”

Speaking of her role as captain, Christopher said that she understands her responsibility as captain of the national team, and is aware that the public will be looking to her as the leader on the court.

Introduced to netball by her father, Wollis Christopher, Kristiana said, “On my own when there is not a training session, I normally do my little workouts, my jogging around my area, take shots, sea baths, and work on my endurance.”

She said that the other members of the squad take her advice as their leader.

And, as they prepare to go up against teams they have not previously encountered, they are doing all that is possible to be prepared for anything and everything.

Christopher has her sights set on becoming the best netball player in the world, but is focussed on the immediate hurdle which is the Caribbean Games in Guadeloupe, in which she has to lead her team against the best Under-23 netball players in the region.