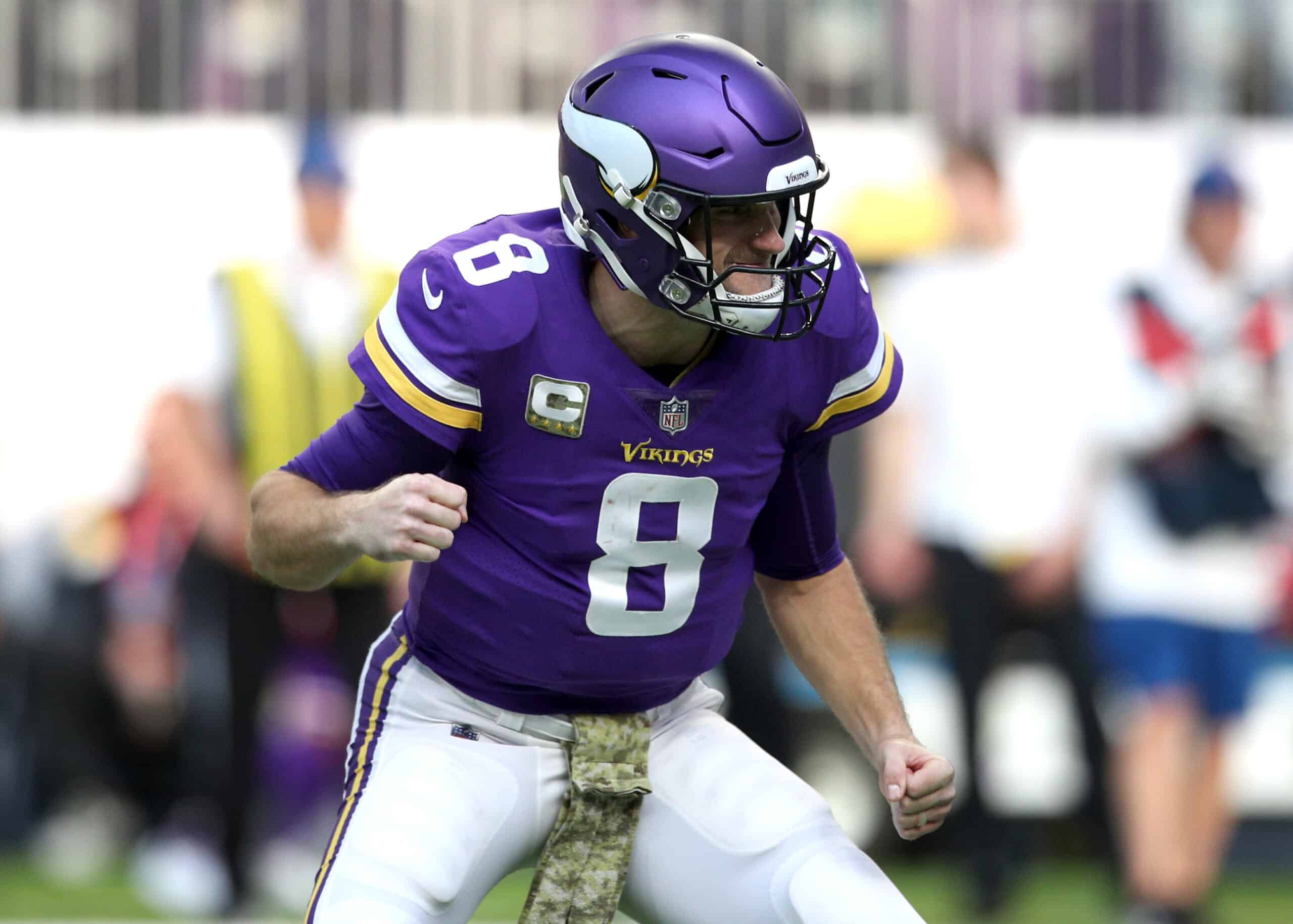 The Minnesota Vikings are 5-5.

They just pulled off a big win in Week 11 over the Green Bay Packers.

People tend to sleep on the Vikings because they are usually supposed to be better than they turn out to be.

It is too early in this wacky 2021 NFL season to know if that will once again be the fate of the Vikings.

What we do know is that Kirk Cousins is having a great year and has proven he is not just an average quarterback.

Here are the ways he has proven this.

Cousins has 21 touchdown passes through 10 games.

Cousins led his team and made the plays in critical moments to snag the win from the Packers.

What a statement from Kirk Cousins. He finished with 341 yards and three touchdowns, while leading two go-ahead drives when it mattered most. One of his most impressive games in purple.

He has played in 119 career games.

In 25 of those games, he has thrown for 300 yards and tossed three touchdowns.

Only Hall of Famer Dan Marino had more 300-yard/three-touchdown games in the same span of time (10 seasons).

Kirk Cousins – 25 career games of 300 pass yards and 3 touchdowns in their first 10 seasons, he has surpassed Aaron Rodgers and Kirk only trails Dan Marino. pic.twitter.com/8bA4XMSyiZ

It is fair to say Cousins puts the ball in the air a lot and is accurate especially when it comes to throwing interceptions.

Cousins only has two on the season, and those were in Weeks 4 and 5.

Kirk Cousins has still only thrown 2 interceptions this year. Another nice clean game.

Cousins’ 2021 statistics are not abnormal.

He is amazingly consistent and has made a career out of doing his job very well.

This puts him once again in statistical comparisons with Hall of Famers like Peyton Manning and Marino.

Year in and year out, he delivers the results.

Only three QBs in NFL history have surpassed 30,000 passing yards and 200 touchdowns in their first 115 games played:

Another feature of his consistency is that he is durable.

He is rarely injured.

In the past six seasons, he has played in all 16 games five times.

With all of those yards and touchdowns, many wonder how Cousins has not contended for NFL MVP or led his team deep into the playoffs.

That is the problem for Cousins.

He often does not have the supporting cast around him to help secure the wins.

He is in his fourth year with the Vikings.

Arguably, he has the best offensive weapons on this 2021 Vikings team in Dalvin Cook and Justin Jefferson.

His teams tend to not be as strong defensively which is where his problem is.

If he has a rare off game or cannot put the points up, the defense does not bail him out with turnovers or stops.

If Cousins ever finds himself on a team whose defense matches his consistency, the rest of the league will be put on notice because that could be a Super Bowl team in the making.