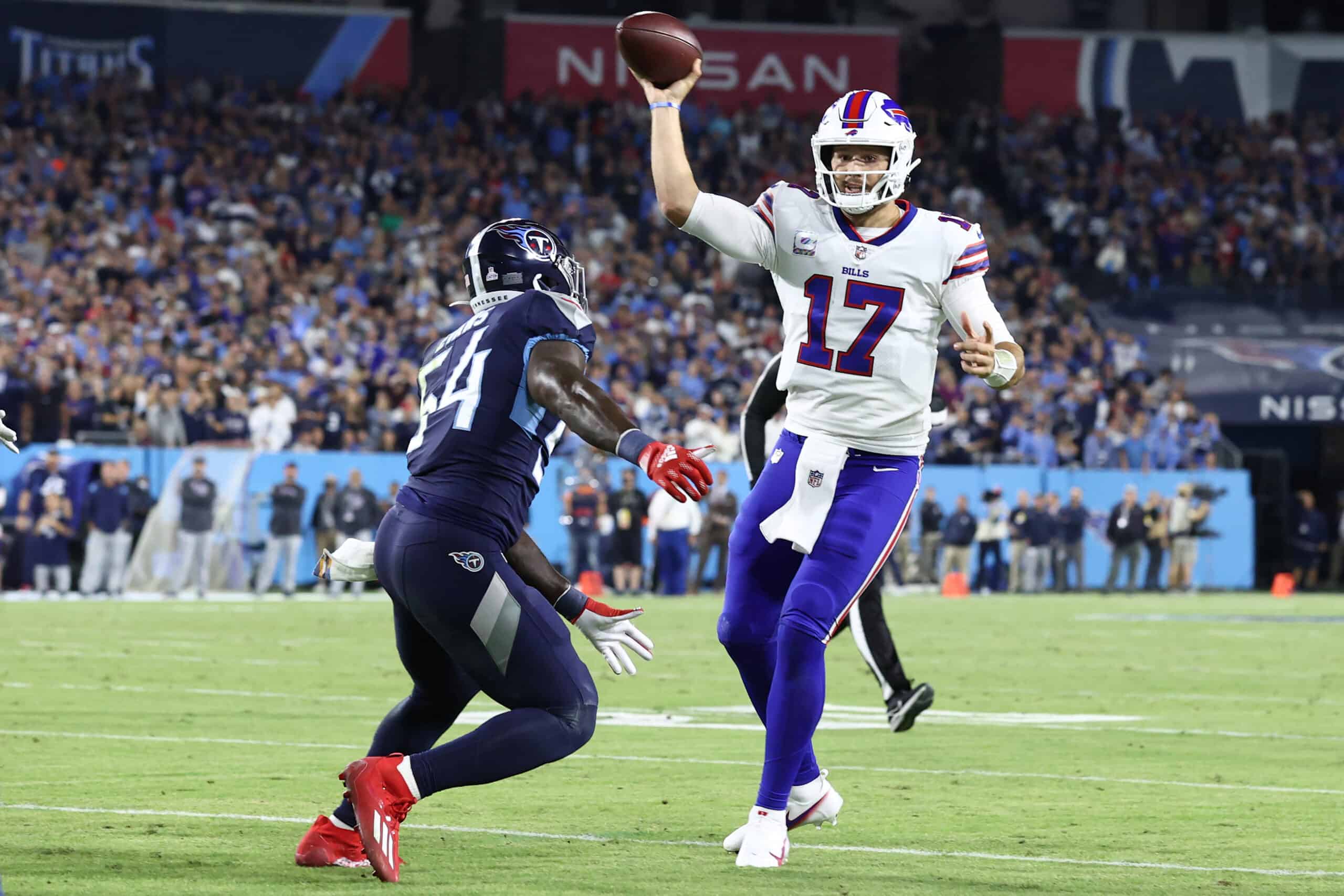 The Buffalo Bills faced a lot of criticism back in 2018 for selecting Josh Allen with the No. 7 overall pick.

Now it looks like one of the best decisions in franchise history.

Allen has led the Bills to the postseason in back-to-back years and continues to play near an MVP level.

He was given a monumental contract extension as a result and one could go on and on about the stats proving his greatness.

One very specific stat in particular is interesting and shows how careful Allen is with the football when it matters most.

The longest active streak in the league 🎯 pic.twitter.com/X8ClD2assC

Interceptions in the end zone happen all the time.

But not with Allen.

He has not had one such giveaway since his rookie season, marking the longest active streak in the NFL.

That is impressive and proves Allen is not going to give games away near the end zone.

Careful With The Ball

Allen has only gotten better with time.

His rookie campaign saw him toss 10 touchdowns compared to 12 interceptions.

Coach McDermott: I’ll take Josh Allen ten out of ten times with the game on the line. I trust him and believe in our coaches and players. #BUFvsTEN pic.twitter.com/mwA2COPpy1

Allen is not turning the ball over at a rapid rate and around 10 interceptions per season is acceptable if he makes up for it with touchdowns.

Also, the fact he is not throwing those interceptions in the end zone is a key point to remember.

The specific stat just adds to the legend the quarterback is building in Buffalo.

He is also approaching 2,000 career rushing yards and put his body on the line as recently as Monday night to try and get the win.

Allen is special and further digging into the numbers proves why the Bills made the best possible decision back in 2018.