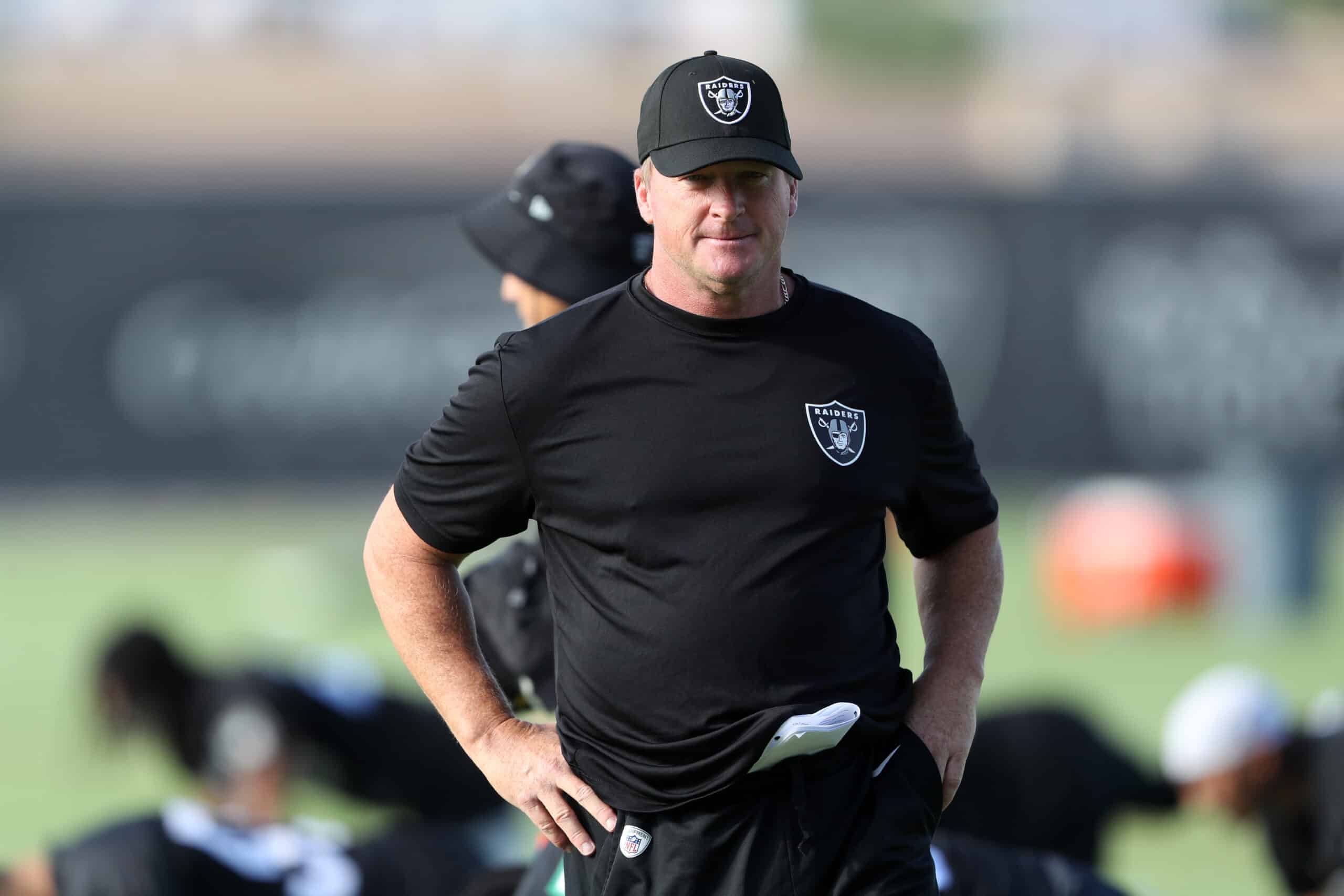 The entire situation surrounding the resignation of Jon Gruden was bizarre.

The Las Vegas Raiders head coach saw past emails of his leaked as part of what was supposed to be an investigation into the Washington Football Team.

To be clear, there is no excuse for the language Gruden used is so many of his emails.

However, the fact only his were leaked from an investigation looking at well over 600,000 emails was bizarre.

He seems to believe it was a hit job and is taking the NFL to court.

Former #Raiders coach Jon Gruden is suing the NFL and Roger Goodell in Nevada district court, alleging they sought to destroy Gruden’s career and reputation through a “malicious and orchestrated campaign” that led to his resignation last month, Gruden’s attorney tells me.

The coach may have a solid case if the league doesn’t try to settle.

There is no real winner in this situation.

Gruden spent years saying hateful things to others around the NFL and the league itself may have sat on these emails to leak them at the perfect time, in their eyes.

And just the fact no other emails from the investigation have been revealed could point toward things being covered up.

Gruden’s lawsuit refers to it as “a Soviet-style character assassination. There was no warning and no process. Defendants held the emails for months until they were leaked to the national media in the middle of the Raiders’ season … to cause maximum damage to Gruden.”

The investigation was supposed to focus on workplace misconduct within the Washington organization.

Was nothing else found?

What this lawsuit could do is reveal other emails from prominent NFL individuals on a variety of topics.

Once again, this would just make the mess even bigger.

Gruden really had no other choice to resign and at this point it is hard to imagine him finding another NFL job again.

He could end up in the college ranks, with time, but his name remains marred.

Suing the NFL proves he has no intention of ever getting back into the league, or even covering it as an analyst for that matter.

How this lawsuit plays out could show fans a lot of hidden things about the NFL, for better or worse.