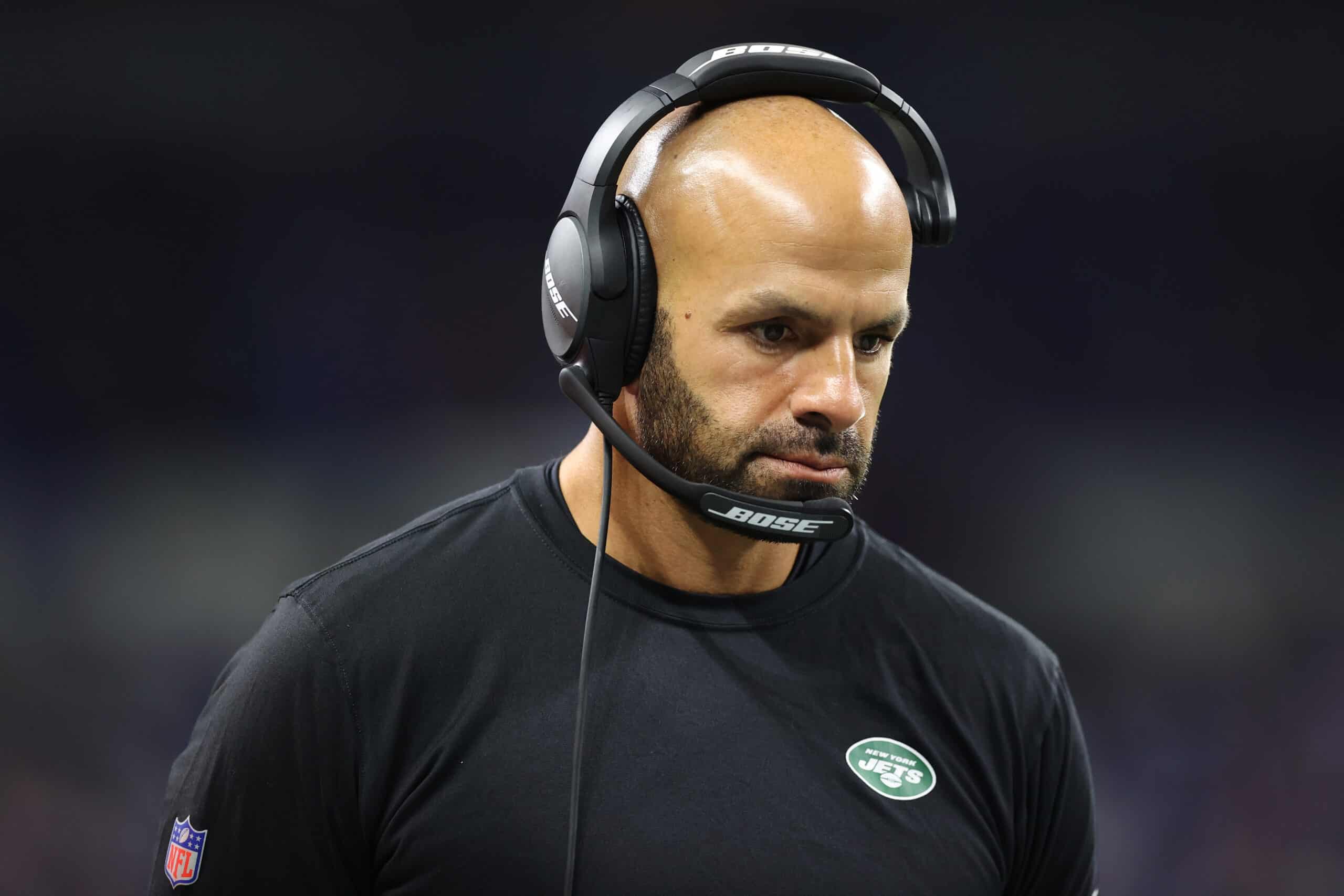 The New York Jets have a bit of a quarterback carousel in place this season.

Zach Wilson was drafted with the No. 2 overall pick and won the starting job right away.

Yet he looked terrible to begin the year and went down with a knee injury a few weeks ago.

The Jets now have four quarterbacks with a touchdown pass this year and we are only in Week 11.

Mike White was supposed to be the top option with Wilson out, but his four interceptions last week have him headed to the bench.

So will he start again this week?

Wilson is still not ready to go so head coach Robert Saleh is going with a bit of a surprise option.

The #Jets will start Joe Flacco this week vs. the #Dolphins, source confirms as @RichCimini said. With Zach Wilson not 100% the belief is Flacco’s experience gives NYJ the best chance to win vs Miami’s complex D.

Joe Flacco is back in the starting lineup as the White hype train is officially over.

Going With The Veteran

White spent last week talking himself up and the result was being embarrassed by the Buffalo Bills defense.

So it appears there truly was a reason why he was the backup.

This is ultimately Wilson’s job whenever he is healthy enough to play.

Letting him rest until he is fully healthy is a wise move given so much was invested in him with the No. 2 overall pick.

The Jets are very bad this year and the defense has given up 45 points in consecutive games.

So there is no need to throw Wilson out there if he is at 75 percent health and risk further injury if the chances of winning are low anyway.

As for Flacco, he gets another chance to prove he still has something left at age 36.

A good stretch of play could land him one more starting job in the NFL next year before he calls it a career.