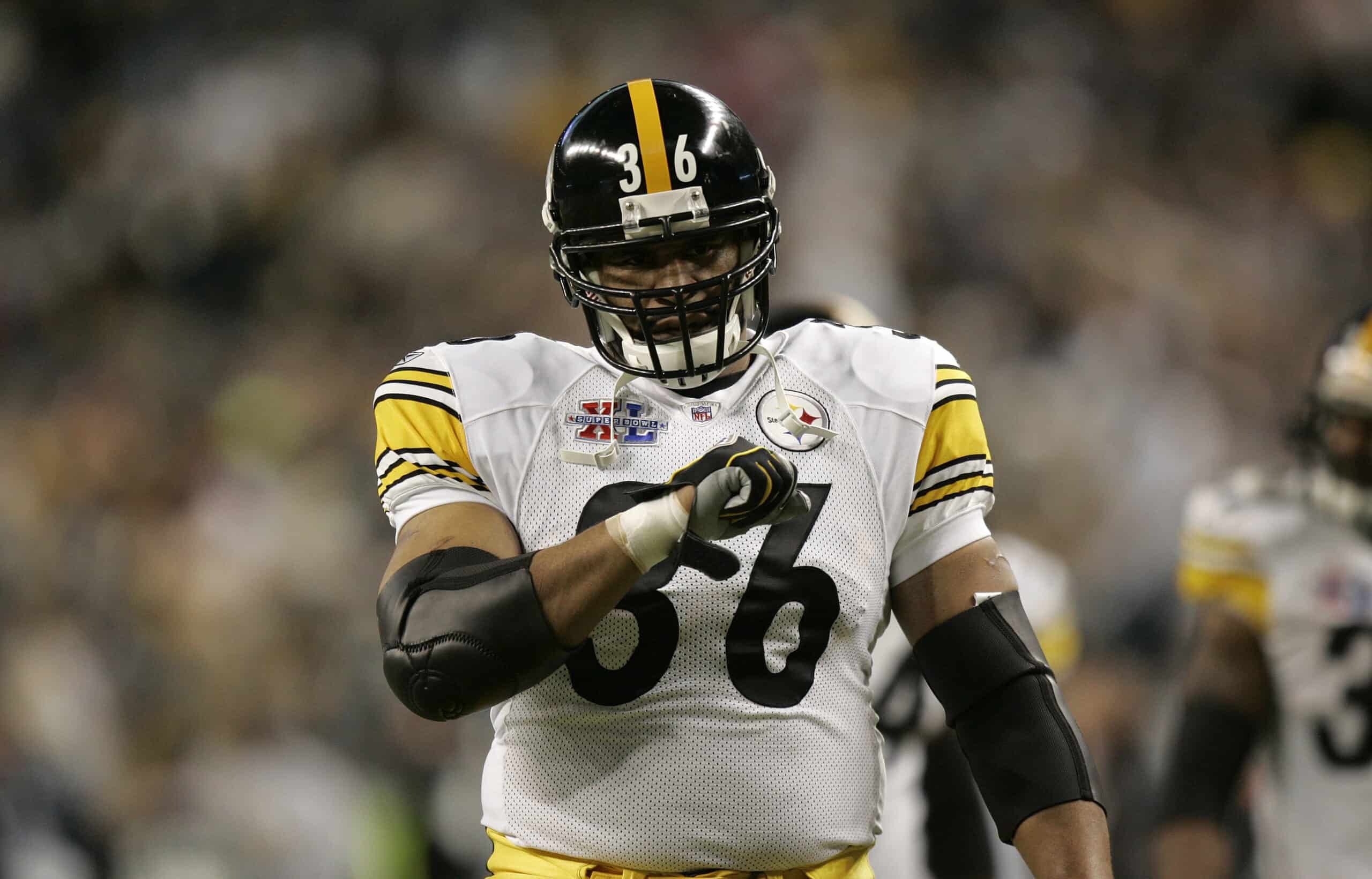 Jerome Bettis had a legendary NFL career that resulted in him reaching the Pro Football Hall of Fame.

He is an all-time Pittsburgh Steelers great and was known as someone who could always get that extra yard when it mattered most.

Bettis recently spoke with Trey Wingo and revealed what was truly his best moment in the NFL.

His answer should come as a surprise to no one.

Jerome Bettis had a Hall of Fame career, but winning Super Bowl XL was the ultimate moment.@JeromeBettis36 is our guest as we kick off Season 5 of Half-Forgotten History, brought to you by @MercedesBenz

He decided to come back for that 2005 season and a young Ben Roethlisberger made it worth it by leading the Steelers to a Super Bowl victory over the Seattle Seahawks.

That Super Bowl was played in Bettis’ hometown of Detroit, making the moment that much more special for the man known as “The Bus.”

Highlights Of His Career

Bettis actually began his NFL career with the Los Angeles Rams and moved with them to St. Louis.

Yet the Rams gave up on him and decided to trade him to Pittsburgh.

The rest is history.

Cool deal. Steelers rookie RB @ohthatsNajee22 reached out to Jerome Bettis and asked if he would be willing to come by the facility and watch film with him this week. @gmfb

He made four Pro Bowls with the Steelers and rushed for over 1,000 yards in each of his first six seasons in town.

And even though his yardage total dropped in his farewell season, he still had nine touchdowns in 2005 as his role became focused on short-yardage situations.

It is hard to think of a running back like Bettis in the game today.

He was more of a fullback with his size and opposing defenders were helpless when trying to stop him.

If his offensive line got any push, he was going to pick up at least a few yards without question.

Becoming a champion was his goal and it is no surprise Bettis fondly remembers the way he went out as the best part of his NFL career.