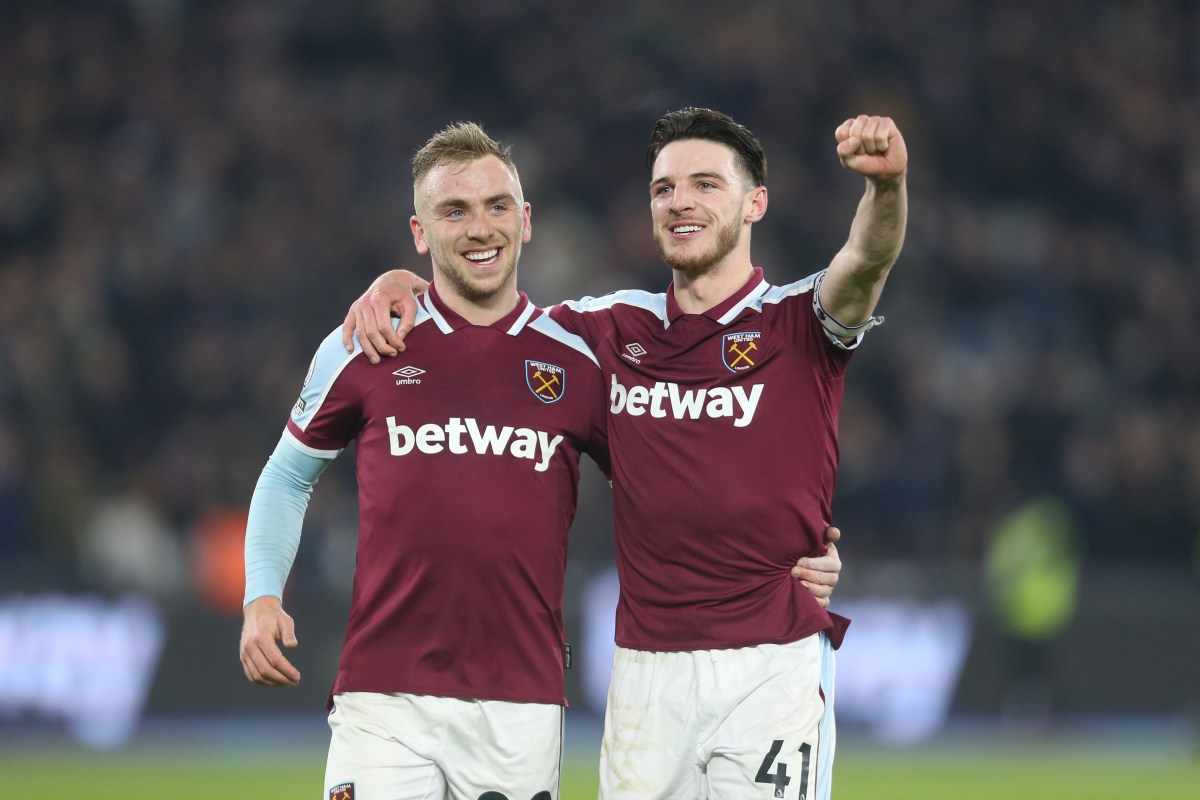 Jarrod Bowen’s electric season for West Ham is showing no signs of slowing down.

The 25-year-old’s seventh and eighth goals of the season secured a third straight Premier League win for the Hammers and left the Canaries rooted to the foot of the table.

The calls for Bowen to win a Three Lions call-up are getting louder, with his eight assists meaning the former Hull winger has now been directly involved in 16 goals this season – the most of any English player in the top flight.

And Moyes believes his player has surely given Gareth Southgate something to think about ahead of the next international break at the end of January.

“When players come from the Championship you hope they will develop and Jarrod has taken to it really well,” said Moyes.

“Now the biggest thing is that he’s added assists and he’s beginning to find the net again. It’s great we’re spreading the goals around and he’s made a big difference.

“When you look at the competition for England; Marcus Rashford, Raheem Sterling, Jack Grealish, Jadon Sancho – it’s a decision for Gareth Southgate.

“But he’s getting closer to people saying we should have a look at him and see what he can do. I don’t think he’ll be too far away, but the biggest thing is to keep playing well for West Ham.”

This London Stadium encounter was rearranged from December when Norwich were decimated by Covid-19 and injuries, and they may have felt they stood a better chance now with West Ham suffering similarly.

However, Bowen had already had a goal disallowed for offside when he opened the scoring three minutes before the interval.

Aaron Cresswell’s cross was overhit but found Vladimir Coufal on the right and when the Czech full-back curled the ball back into the area Bowen got in front of Ben Gibson and nodded it home.

After the break Bowen hit the crossbar and a post before wrapping up the victory when he turned in Arthur Masuaku’s cross, with the VAR overruling an offside decision.

“It was a really professional performance by the players. The game was tight but they are tight,” added Moyes. “We had opportunities to score and make it a bit easier but I think we deserved our victory.

“I didn’t see it being the right decision to push this game to where it was, but we got it done.

“You would take three wins in a row, that’s not easy to do. The teams around us, the competition in the top eight or nine is really difficult.

“The fight for eight, nine or 10 places is really tough and if we want to stay there we need to win games.”