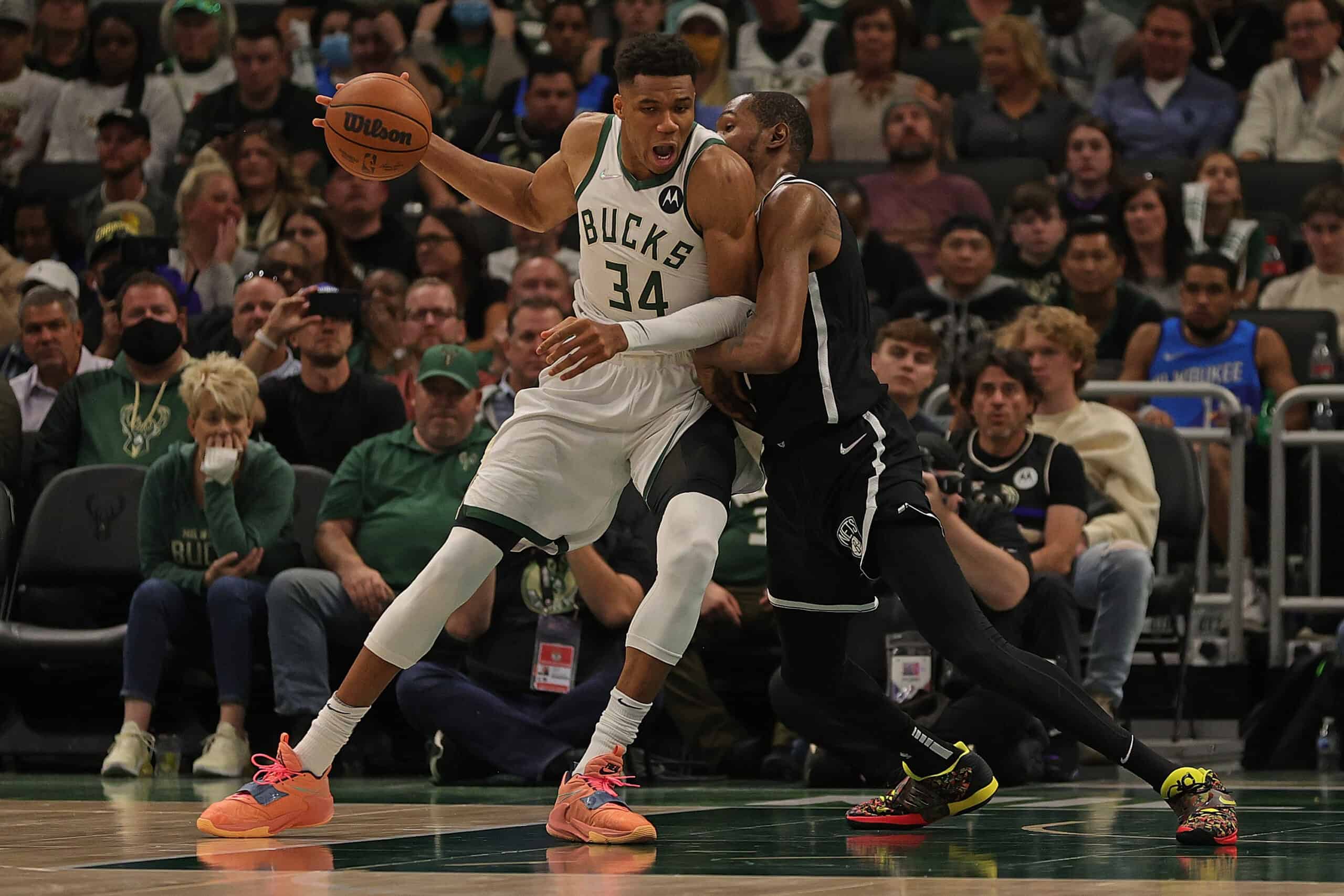 The NBA season is just getting underway and naturally that means it is time to make Finals predictions.

Analysts and talking heads do this on a daily basis and the team at ESPN is no different.

Recently, Jalen Rose and Stephen A. Smith got into a debate about which team will make the Finals out of the Eastern Conference.

While the Brooklyn Nets seem like clear favorites, Rose is not convinced.

.@JalenRose thinks the Bucks are heading back to the NBA Finals.

“They’re my choice, with or without Kyrie … to win the East.” pic.twitter.com/BkUD0BVt2s

He made it clear that even if the Nets have Kyrie Irving, the Bucks are the favorite to return to the Finals.

Is this a hot take, or a reasonable one?

The Nets are the favorites, to most, because of the fact they have Irving, Kevin Durant, and James Harden.

But we are already seeing them without Irving and the result in the season-opener was a 23-point loss to the Bucks.

Of course, this is only one game.

Milwaukee takes the W over the Nets on opening night. pic.twitter.com/C27TfIkG2X

Yet the Bucks still have the returning core of Giannis Antetokounmpo, Jrue Holiday, and Khris Middleton.

The Nets are a bit older and as Rose points out, their talent may be more impressive if this was five or so years ago.

Blake Griffin is not the player he once was LaMarcus Aldridge is up there in age as well in addition to returning from retirement.

Milwaukee is younger and also is without the pressure of winning the title after doing so this past summer.

The opening game showed off the approach the Nets will use all season.

Durant and Harden will dominate the offense, and if one struggles the game is likely lost.

That is why having Irving to form a trio was so important.

Brooklyn is the flashy choice to make the NBA Finals, but Rose may be right in that the Bucks are the obvious pick based on talent alone.