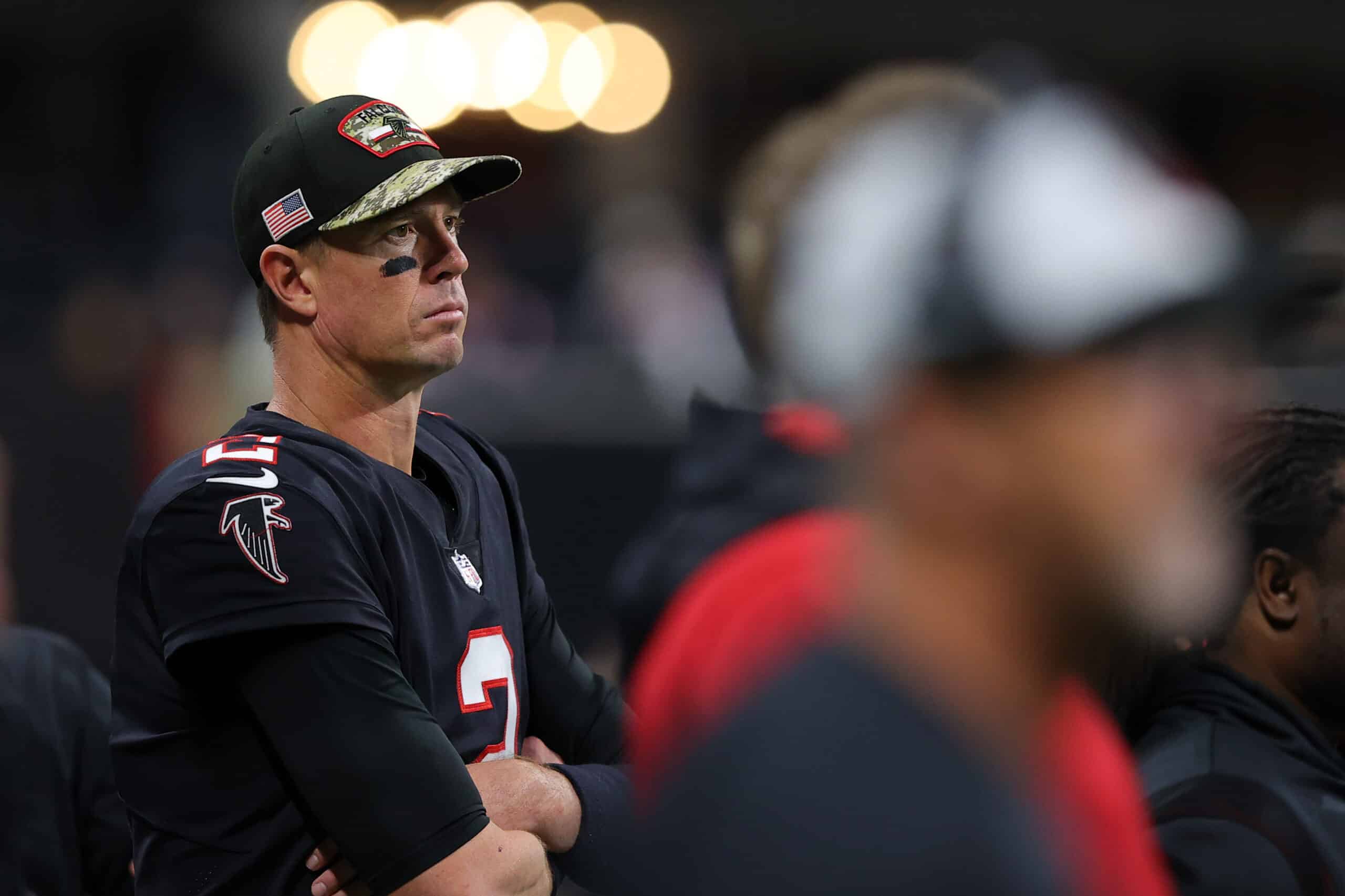 The last five days have been hellish for Atlanta Falcons quarterback Matt Ryan.

Just when he thought that things couldn’t get any worse, he suffered the first home shutout in his 14-year career against the New England Patriots.

This game followed the Falcons’ 43-3 disappointment versus the Dallas Cowboys, wherein he completed only nine passes and finished with a 21.4 passer rating.

Cowboys Fans During the Falcons Game

Ryan had slightly better stats in the Patriots game but to little effect.

After performances like these from the 2016 NFL MVP, it’s easy to argue that it’s time for him to consider retirement.

But a closer look at the Falcons’ current situation dictates that leaving Atlanta for another team will be the best decision.

The Falcons Won’t Be Competitive Any Time Soon

There’s reason to stay if the Falcons are consistent playoff contenders.

Unfortunately, they are far from being a competitive squad due to glaring concerns.

First, their depth chart at wide receiver is shallow.

Cordarrelle Patterson and Kyle Pitts are their top options, but they’re not even wideouts.

Likewise, Calvin Ridley continues to be inactive for the Falcons due to personal reasons.

Their cupboard is bare without these targets.

Ryan couldn’t get anything going Thursday because he was getting pressure from the Patriots in around 50 percent of his drop backs.

As a result, he finished with 153 yards and two interceptions.

Worst, the Falcons had 165 total yards on offense and converted only two third-down attempts.

The former Boston College standout won’t maximize his remaining playing years if he stays with Atlanta.

Their offensive line won’t be vastly better after one draft, and they offer little affirmation that the roster can withstand injuries to key players.

Therefore, Ryan must pay attention to the quarterback situation of other teams while declaring for free agency.

Staying with the Falcons is a no-brainer if he wants to uphold loyalty and his legacy with the team.

However, the franchise hasn’t been loyal to him because they haven’t acquired the right players after their Super Bowl LI stint.

But Ryan can also opt-out of his five-year, $150 million contract to become a free agent.

Now is the best time to do so because he can attract the attention of NFL teams that have uncertain quarterback situations.

Lmaooo please put Matt Ryan on a team that cares. If it wasn’t for Ryan the Falcons would be 0-10. This offense is an absolute joke

These potential suitors must understand that they will only have Ryan for a few years and that he’s not a long-term solution.

Yet, nobody’s putting a ceiling to what he can do with a much better roster.

The Cleveland Browns must keep a close eye on Ryan if they do not view Baker Mayfield as their rightful franchise quarterback.

Sadly, the former Oklahoma Sooner is regressing, making it hard for the Browns front office to decide.

The Denver Broncos could also use an upgrade at quarterback to unleash their talented but underperforming offense.

The Pittsburgh Steelers might need help at the position as well if Ben Roethlisberger retires.

Ryan was so close to winning Super Bowl LI for Atlanta.

If he’s still playing to win a title, the Falcons won’t be the team that can help deliver his goal.

Therefore, it’s time for Ryan to continue his career elsewhere because his stay in Atlanta has run its course.