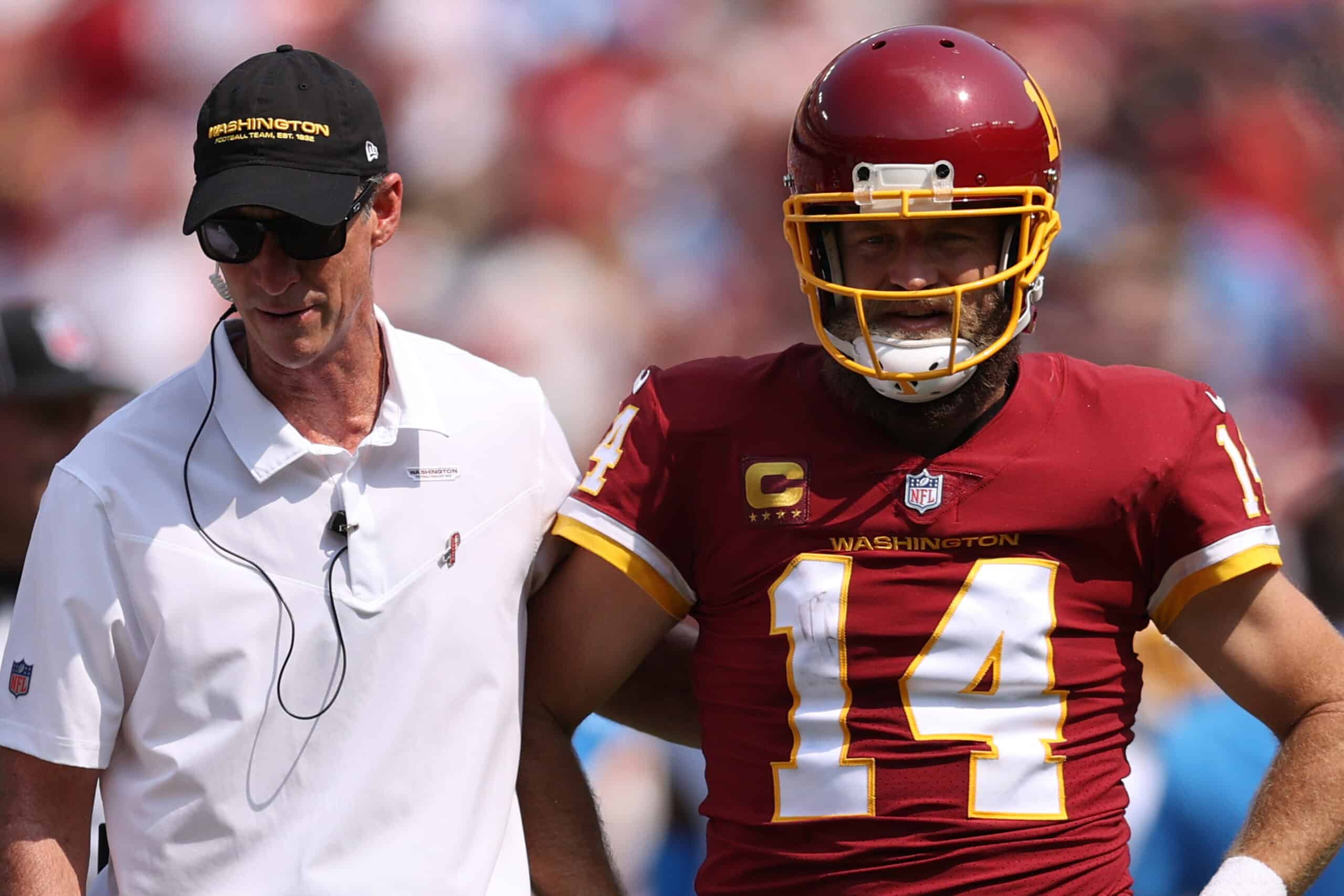 Washington Football Team quarterback Ryan Fitzpatrick, also known as FitzMagic, has been a non-factor in 2021.

He went on injured reserve with a hip injury that he suffered in the opening game of the season.

Fitzpatrick signed a one-year contract with WFT so he will be a free agent at the end of the season.

Could this be the end of his career?

The answer is no, and here are the reasons why.

Fitzpatrick will be 39 years old on November 24.

His NFL career has spanned many years and practically as many teams.

I was privileged to recruit and coach Ryan Fitzpatrick at Harvard. I’m proud of what he’s accomplished in his distinguised NFL career, but it has brought me even more joyto see the first-class wayhe has conducted himself on and off the field. Well done! pic.twitter.com/zd6IKGNXTf

Washington is his ninth team.

If his season is over, have to feel for Ryan Fitzpatrick. WFT provided the veteran a rarity in his lengthy career: The starting job with no young QB waiting in the wings to take over. Then doesn’t even get though one half of football.

Unfortunately, for Fitzpatrick, the market for aging NFL quarterbacks is dwindling.

Aside from Tom Brady, Ben Roethlisberger, and Aaron Rodgers, the starting quarterbacks are young, in their 20s and early 30s.

Backup quarterbacks tend to be younger also as they are later-round draft picks whose NFL career paths are most likely in backup roles.

In addition to his age, Fitzpatrick’s hip injury was serious but not supposed to be a season-ender.

The initial prognosis estimated a six to eight-week recovery time.

At the six-week point (in late October), it was reported that Fitzpatrick was still weeks away from returning.

In Week 11, there are serious questions as to whether Fitzpatrick will even make it back on the field this season at all.

The issue is that he has pain and swelling from the injury that has delayed the rehabilitation process.

WFT coach Ron Rivera has not come out and said Fitzpatrick is out for the year, but he was not very optimistic about his return after an early November MRI.

“They looked at it, and there is some progress. Unfortunately, it’s not way up, but it’s progress.”

“He’ll continue to work his rehab stuff and he’ll be re-evaluated soon. I’m not sure when, But the nice thing is there is progress and [he’s] shown some positive signs, but I’ve been given no timetable.”

Combining his age and injury status, Fitzpatrick is unfortunately probably finished as an NFL quarterback.

There is still a small probability that he could be signed as a backup quarterback in 2022 especially if a team’s starting quarterback suffers an injury.

However, the best of the FitzMagic years are behind us.

During his career, he provided many show-stopping plays.

One of the last in his career was in 2020 with the Dolphins when he completed an improbable pass that ultimately lifted the Dolphins to victory over the Las Vegas Raiders and eliminated the Raiders from playoff contention.

If it is the end, what a successful ride it has been.

He also has over 2,600 yards rushing and 21 rushing touchdowns.