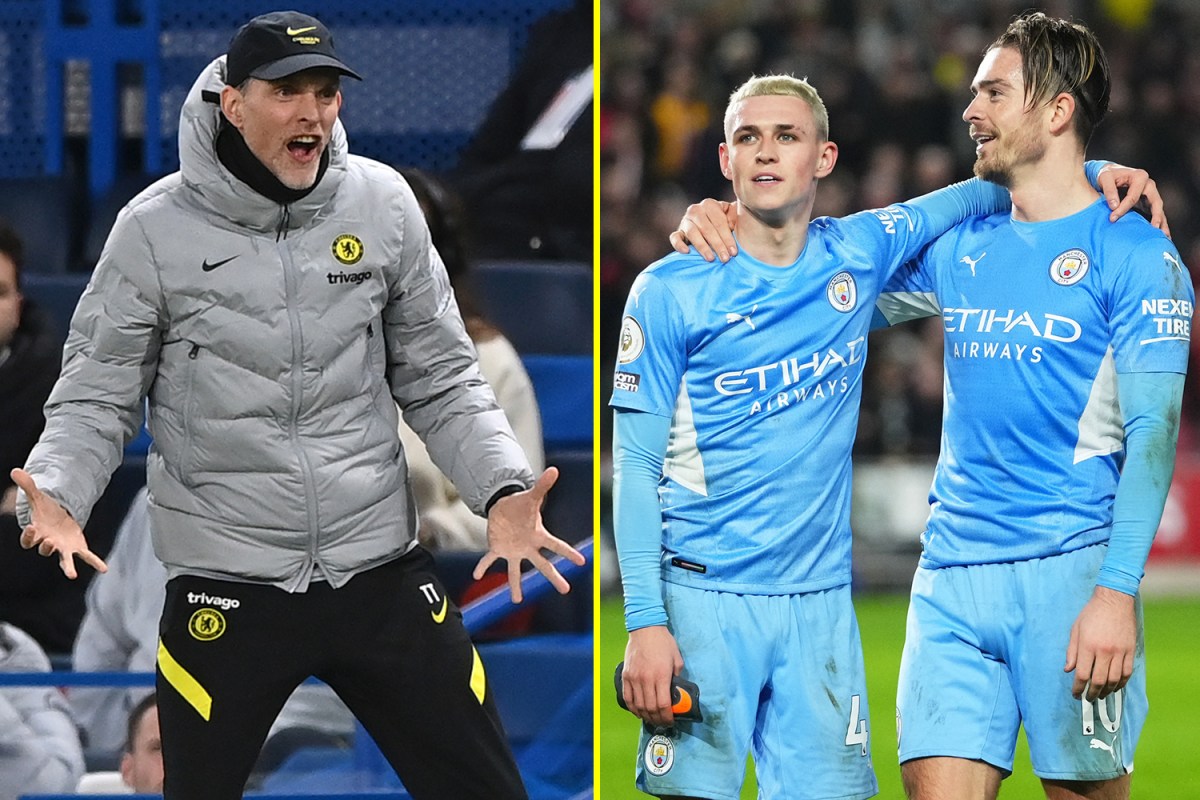 Chelsea manager Thomas Tuchel has told talkSPORT that he currently doesn’t care about Manchester City’s eight-point lead in the Premier League title race because the Blues have more pressing issues to worry about.

Tuchel’s side were stunned by Brighton at Stamford Bridge on Wednesday night as a last-gasp Danny Welbeck header earned a 1-1 draw for the visitors.

Meanwhile across London, Pep Guardiola’s City put in a far from vintage performance, but did not drop points as they beat Brentford 1-0.

In the immediate aftermath, Tuchel told talkSPORT’s Alex Crook: “We struggled, we struggle at the moment, that was clear before.

“Brighton is a strong team, they arrived well prepared, they played maybe less games than us and they seemed sharper and more physical.

“We have honestly way too [many] players of whom we don’t know what we can demand because of COVID and injuries. This is how it looks.”

The result was not the only blow for Chelsea, as they suffered two first-half injuries which forced defensive substitutions.

Tuchel had already been managing a COVID/injury crisis in recent weeks with multiple midfielders and attackers missing, but now Reece James and Andreas Christensen join Ben Chilwell as defenders on the sidelines.

“It was a hamstring injury [for James] and a back injury for Christensen,” Tuchel said.

“Of course it’s two players out of the defence in the middle of the match, in the first half. It’s horrible.”

The Blues were arguably the beneficiaries of a controversial refereeing decision in the first half when Antonio Rudiger could have seen red, but the home fans had reason to feel hard done by at full-time.

Christian Pulisic had a penalty appeal controversially waved away and no clarity came from VAR.

Next, moments before the Brighton equaliser, Mason Mount dispossessed a defender and tapped into an empty net, only for referee Mike Dean to blow for a foul.

“Very interesting, no? That they blow the whistle before it’s over the line,” Tuchel reacted.

“And then they have [no] chance to review. I felt this tendency today from the ref, I really have to say.

“We have a 50/50 situation [with Mount], we do not wait [to see] what’s the outcome of it and then check it, no, we whistle before it’s over the line.

“I felt the tendency. I told them, but they will never admit it of course.”

Finally, Tuchel was asked how difficult it will be to make up the eight-point gap to Man City and bluntly replied: “I don’t care about it today.”