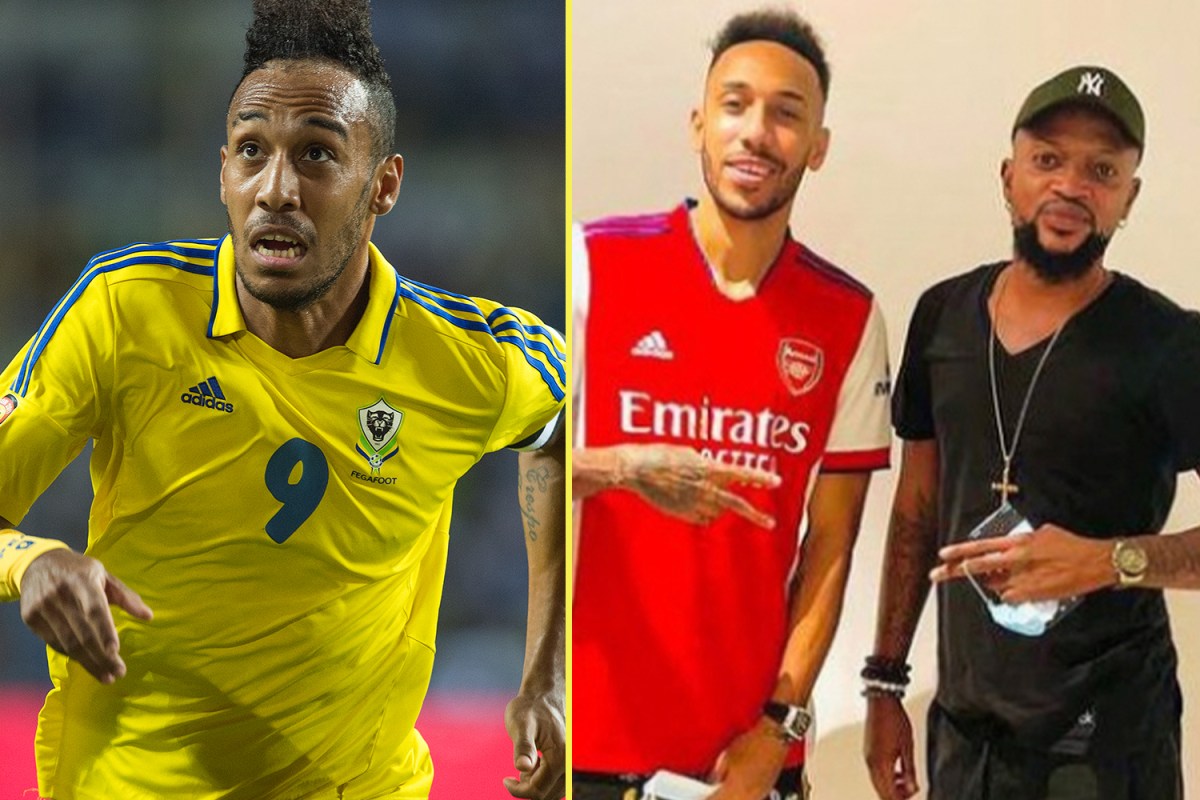 Pierre-Emerick Aubameyang’s preparations for Gabon’s Africa Cup of Nations campaign were disrupted after he returned a positive COVID test.

The Arsenal striker flew out to Cameroon for the upcoming finals early after a falling out with boss Mikel Arteta at the Emirates.

The 32-year-old lost his status as Arsenal captain in December and has been linked with a move away from north London.

But Aubameyang showed he still has a lot of love for Arsenal while away on international duty as he was pictured in a Gunners shirt in Gabon.

While the forward has been dealing with his latest Covid setback, fans will be hoping he can rediscover his form at AFCON.

Aubameyang may even be given the chance to start fresh upon his return to the Premier League but when will that be? talkSPORT.com has all the details…

When can Aubameyang play for Gabon?

The former Borussia Dortmund attacker tested positive for Covid on his arrival in Cameroon alongside ex-Southampton midfielder Mario Lemina.

Aubameyang was already absent for Gabon’s opener against Comoros but Patrice Neveu’s side still managed to secure a 1-0 victory.

He will also miss the opportunity to face Arsenal teammate Thomas Partey for his country’s second group stage game against Ghana.

However, Aubameyang is expected to be back in action for Gabon’s last game against Morocco on Tuesday, January 18.

How many games will Aubameyang miss for Arsenal?

Aubameyang has missed seven consecutive games for the Gunners in all competitions after being stripped of the armband last month.

Assuming Arteta is prepared to reintegrate his former star-man back into his plans after AFCON then Aubameyang could be missing for another five games.

The Gabon captain will definitely miss both legs of the Carabao Cup semi-final against Liverpool and the north London derby against Tottenham.

Even if his country be eliminated in the group stages Aubameyang will likely not be rushed back to face Burnley on Sunday, January 23.

The Premier League’s winter break curtails the amount of other club fixtures he will miss but a clash with Wolves four days after the AFCON final on February 6 may come too soon if Gabon go all the way in the tournament.

What has been said?

Arteta recently revealed why he let Aubayemang travel to AFCON early and what the player’s situation will be at the club when he returns.

“We had a letter from the national team asking permission to get the player and the player wasn’t going to get involved today so, for his fitness and to keep competing, it was the right thing to do,” He told the club’s official website.

Arteta added: “At the moment he has gone [to Afcon].

“He needs to focus on the national team, and we had the conversation that was the best possible way to do it.

“I said before, we will address [his situation] game-by-game.”