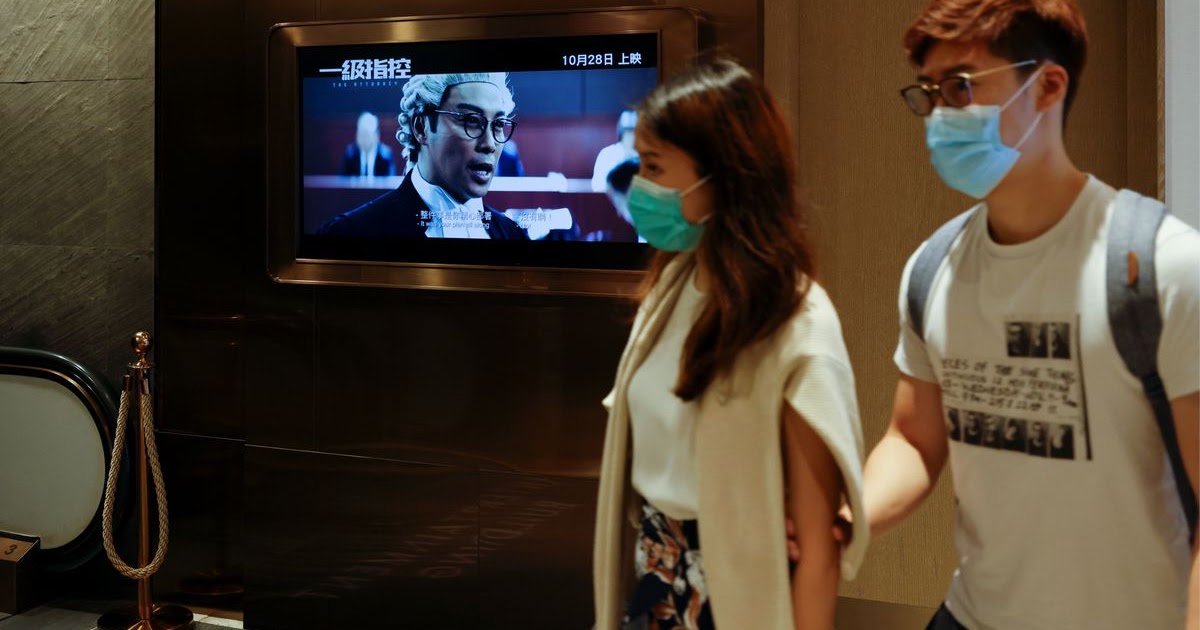 China imposed a sweeping national security law over its most restive city last year, and Hong Kong’s legislature has no opposition lawmakers left after mass resignations from the pro-democracy camp in protest against the ousting of some colleagues.
The Hong Kong government said the film censorship law was aimed at content deemed to “endorse, support, glorify, encourage and incite activities that might endanger national security.”
The law empowers Hong Kong’s chief secretary, the second-most powerful figure in the city’s administration, to revoke a film’s license if it is “found to be contrary to national security interests.”
Punishment for violating the law included up to three years imprisonment and fines of up to HK$1 million ($128,400).
“The goal is very clear: it’s to improve the film censorship system, to prevent any act endangering the national security,” Commerce Secretary Edward Yau told the Legislative Council.
Critics, however, voiced fears that the new law would harm Hong Kong’s vibrant cinema industry, whose output ranges from Bruce Lee’s innovative martial arts movies to acclaimed director Wong Kar-wai’s arthouse films.
“Adding national security clauses to the bill is clear political censorship,” said Kenny Ng, associate professor at the Academy of Film at Hong Kong Baptist University.
“It’s heavy-handed. The film industry will need time to adapt.”
Since the national security law was introduced in response mass 2019 pro-democracy protests, most opposition politicians and activists have been jailed, either under the new law or for other alleged crimes, or have fled into exile.
Scrutiny over education, arts, media and culture has intensified. Book publishers have admitted to self-censoring, cinemas have pulled a protest documentary and a university cancelled a press photography exhibition. A contemporary art museum said national security police could vet its collections. Pro-democracy tabloid Apple Daily closed in June amid a national security probe.
This year, for the first time since 1969, the Oscars were not broadcasted in Hong Kong, matching decisions in mainland China, despite an unprecedented nomination for a Hong Kong-born director.
Authorities reject the description of their actions as a “crackdown” on civil society and say the rights and freedoms promised to Hong Kong upon its return to Chinese rule in 1997 remain intact, but national security is a “red line”.
Filmmaker Kiwi Chow, whose documentary “Revolution of Our Times” chronicles the 2019 protests and was featured at this year’s Cannes Film Festival, says the bill hurts the local movie industry by reducing “the freedom to create.”
“It will worsen self-censorship and fuel fear among filmmakers,” Chow told Reuters.
Source:  Reuters; Additional reporting by Hong Kong newsroom; Editing by Marius Zaharia and Simon Cameron-Moore   October 27, 2021 1:59 AM PDT