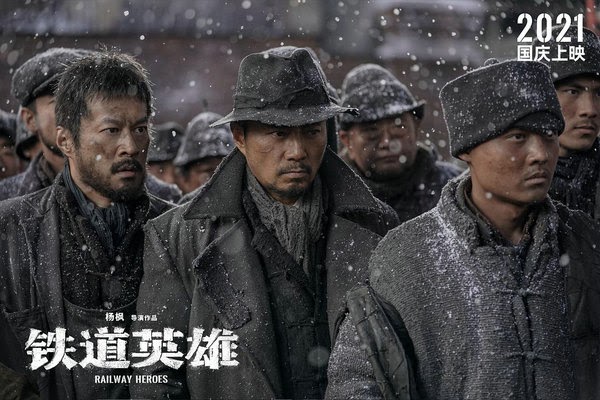 (China Daily) Railway Heroes, a film inspired from the real stories of Eighth Route Army’s guerrillas during the War of Resistance Against Japanese Aggression (1931-45), will be released domestically on Nov 19.
During its Beijing premiere on Sunday, the cast including actors Zhang Hanyu and Fan Wei as well as director Yang Feng gathered to promote the upcoming film.
Set in a snowy winter, the film depicts a group of heroic railway workers, under the leadership of the Communist Party of China, who secretly fight Japanese invaders.
Director Yang revealed that he has interviewed a lot of descendants of the soldiers of Lunan Railway Guerrilla, taking a refinement from hundreds of stories to retell the history through a new perspective.
The guerillas’ stories have spawned several films and TV series, including the old classic Railway Guerrilla (1956) and the Jackie Chan starrer Railroad Tigers (2016).
( 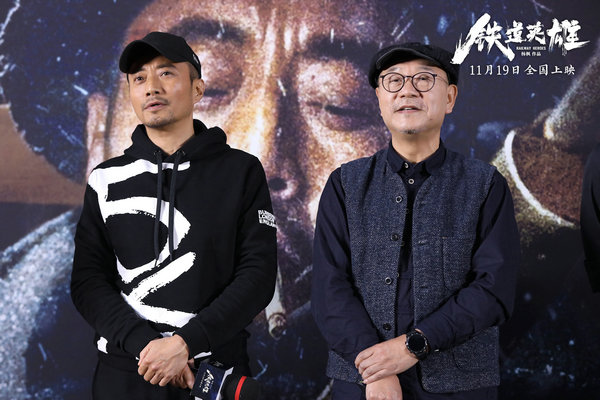