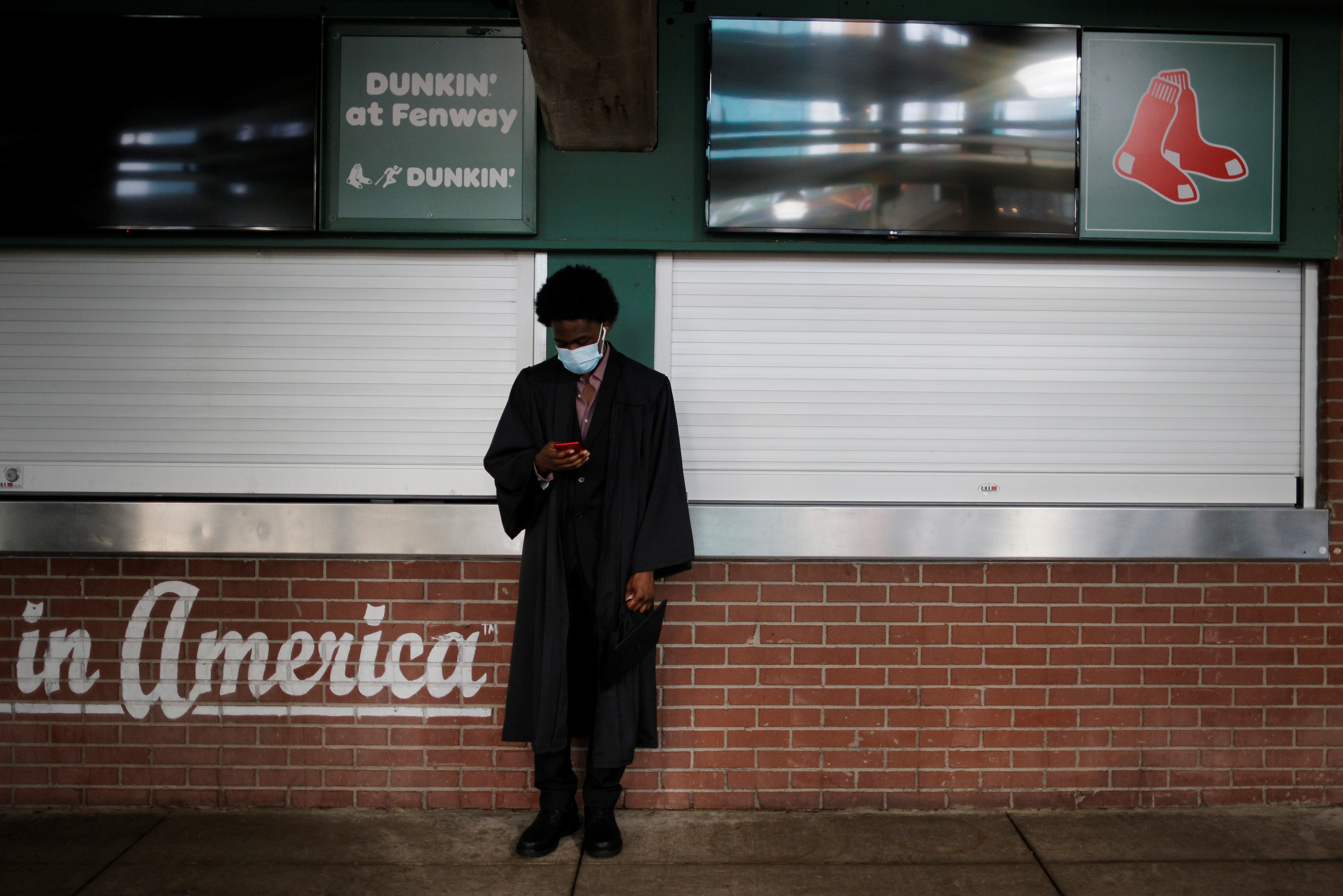 Every parent wants their child to receive the best education so that they can become productive members of society. However, for Black students, this hard-prized goal often remains far out of reach. This was my experience growing up as a Black male in a small, wealthy pocket of suburbia close to the Detroit neighborhood and majority Black city in which I had previously lived. Feelings of isolation and exclusion, similar for many other Black students, were all too common. And while living in a quiet and wealthy suburb has been a privilege, it’s silence was deafening as a young 12-year-old Black male entering a predominantly white space – attempting to find a community similar to the one I had just left.

This long-standing gap to reach the premium placed on education: defined as“the average amount of wages a college-educated person would make in comparison to a non-college educated person”, looms the widest across racial lines.  Research has well documented the upside that attending college and universities provides to career earnings and financial outcomes and for historically marginalized communities, as seen through a 2018 report by the National Center for Education Statistics, the benefits on college enrollment rates are clear. This is further exemplified by Black American families moving their children from urban school districts to better resourced and higher funded private schools and suburban districts. A 2019 Bloomberg report found that city school districts mainly serving students of color receive significantly less money than those of majority white suburban and rural school districts.  Parents of color who have the means to provide the better opportunities for their children move their families to these majority white suburban schools and neighborhoods.

However, while students of color can potentially be afforded better opportunities in these spaces, there are educational and social ramifications that can have an adverse effect on that child’s socio-emotional development and academic progression. And while these students can sometimes thrive in these spaces, there can still be feelings of isolation and culture shock that arise as they adapt to new environments and battle challenges such as microaggressions and racism.

I witnessed this personally when President Obama was elected and throughout middle school, where many of my peers would come to school repeating their parent’s remarks, and that of their own, questioning the president’s birthright and wishing an untimely end not only to his presidency, but to his life. Being within an eardrop of these conversations was not an uncommon situation to be in, along with other conversations involving microaggressions and overt racism. Growing up in Grosse Pointe I felt invisible, and athletics were the only times in which I found myself being seen. I was always the only Black male and usually the only Black person in my classes from fifth to twelfth grade – balancing different thoughts in my head about what people thought about me and attempting to carry myself in a way that made white people feel comfortable. As other kids were focused on going on vacations and having conversations about who liked who, I was focused on the slivers of grey hair that were growing because of how extremely stressed I was as a 12 to 14-year-old attempting to be perfect in the face of racism, culture shock, and feelings of isolation. A report in the Democrat & Chronicle finds similar experiences about Black students navigating suburban schooling.

Even so, while such experiences were instrumental in my upbringing, to say that my suburban schooling and neighborhood made me would be giving it far too much credit. However, in a rather caustic manner, I can unequivocally say that my experiences living in Grosse Pointe brought out a layer of resiliency in which I never thought I had. From developing a mentoring organization in my undergraduate education titled Rising Black Men to pursuing my PhD in higher education, it provided the initial spark that led me to the path on which I am currently on. Additionally, I learned the value of affinity groups as they provide students who share identities, particularly marginalized identities, to gather together to engage in conversation, community, and support. As a 2015 report from Learning for Justice remarked, “they allow students who share an identity—usually a marginalized identity—to gather, talk in a safe space about issues related to that identity, and transfer that discussion into action that makes for a more equitable experience at school.” These spaces, along with more equitable practices as described below, are important in creating more inclusive and enriching educational spaces.

While there have been efforts and initiatives to highlight the benefits of diverse school districts, there are still significant financial disparities and racial inequities within many K-12 school districts nationwide.

A 2019 report by Education Week concluded that majority of the nations’ K-12 students within public schools currently attend suburban schools. Furthermore, another recent 2021 report by Education Week stated that of the 25 largest metropolitan areas between 2006-2018, the majority of students within the open zone suburban schools were majority non-white. However, for suburban schools in white suburban areas with closed zone districts such as my own, the diversity rates skewed disproportionately white. What’s more, a recent 2017 report by the National Center for Education Statistics (NCES) highlighted that of the 7.7 million Black students enrolled in public elementary and secondary schools, only 7% of these students attend low poverty schools.

School districts need to place value on hiring teachers that reflect the demographics of the students that they are teaching.

There are not only feelings of increased belonging, but also feelings of stronger identity development for teachers that share one or more identities with the students whom they are teaching as reported in a 2019 report by One Day. For teachers that do not reflect the changing demographics of the students that they teach, it is important to monitor their own applications of empathy, which can be valuable in connecting with students.  A 2015 report from the George Lucas Educational Foundation found that some of the benefits of empathy within education include, “…building positive classroom culture, strengthening community, and preparing students to be leaders in their own communities.”

Suburban school districts need to also be mindful of the disproportionate amount of disciplinary actions that their students of color are subject to in comparison to their white counterparts, as addressed in a previous Brookings report titled, Disproportionality in student discipline: Connecting policy to research. Policies that are more racially conscious and restorative-justice focused in their approach can be beneficial in creating a more inviting academic and social culture for students of color who feel that they are being unfairly targeted by the school administration.

As for administration and even school boards within these districts, there needs to be more representation of people of color that reflect the student makeup just as there needs to be regarding the teaching workforce. In my own district, my father recently became the School Board President, making him the first Black person on the school board and now the first Black president. While this is an important step, these roles should not just be symbolic in gesture but rather have real implications through policy and culture to create more inclusive and equitable spaces. Culture that can be established through after school programs and affinity spaces that affirm the multiple identities of students of color can also serve to battle feelings of isolation, culture, and identity development.

Furthermore, it should be noted that while these strategies do not fully address all the challenges that students of color, especially Black students in suburbia, face, they are of importance and need to be at the forefront of the national conversation as we continue to make K-12 education more equitable.