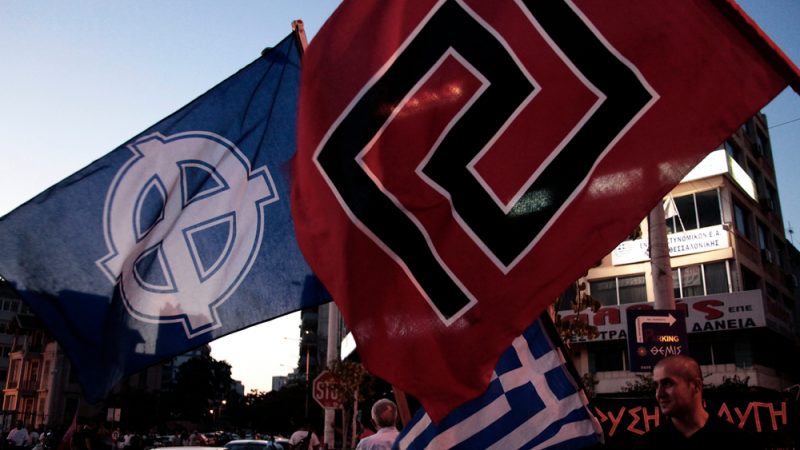 A decision by the Public Prosecutor to release from prison senior neo-Nazi Golden Dawn militant George Patelis has caused unrest in Greece. It has so far been the third early release of a Golden Dawn convict, raising questions over the integrity of the Greek justice system.

Less than a year after he was convicted alongside the rest of the neo-Nazi organisation’s leadership, Pateliswas released, causing a storm of reactions in Greece.

Greece’s neo-Nazi party Golden Dawn was branded a criminal organisation in October 2020 in a landmark court ruling hailed as a victory of democracy.

Patelis was sentenced to ten years in prison for being a member of the criminal organisation and complicity in the 2013 murder of anti-fascist rapper Pavlos Fyssas.

He served only two and a half years in prison.

Athens daily journal EfSyn reported a reference to problems with his child in the rationale for his release, but also to the fact that “there is no serious chance of committing a new act as the offence charged was committed for specific reasons in view of certain circumstances”.

The prosecutor also said in prison he was an “exemplary prisoner”.

This decision comes amid a resurgence of far-right activity, involving recent organised attacks on schools and anti-fascist demonstrations, as well as an anti-vaccination movement that appears to be politically tied to far-right groups, including Golden Dawn.

The lawyer who defended the conviction of Golden Dawn described the court’s decision as “unacceptable”.

“Judicial decisions are not made in vitro but, in a framework, determined by the government line, and it is clear that there are double standards in the administration of justice,” lawyer Thanasis Kampagiannis said.

Opposition parties also slammed the decision while the government reacted, saying that justice is independent and that during the days of its governance, Golden Dawn members were convicted.

Under pressure from the public, the Supreme Court prosecutor indicated on Tuesday that he is considering suspending the ruling.