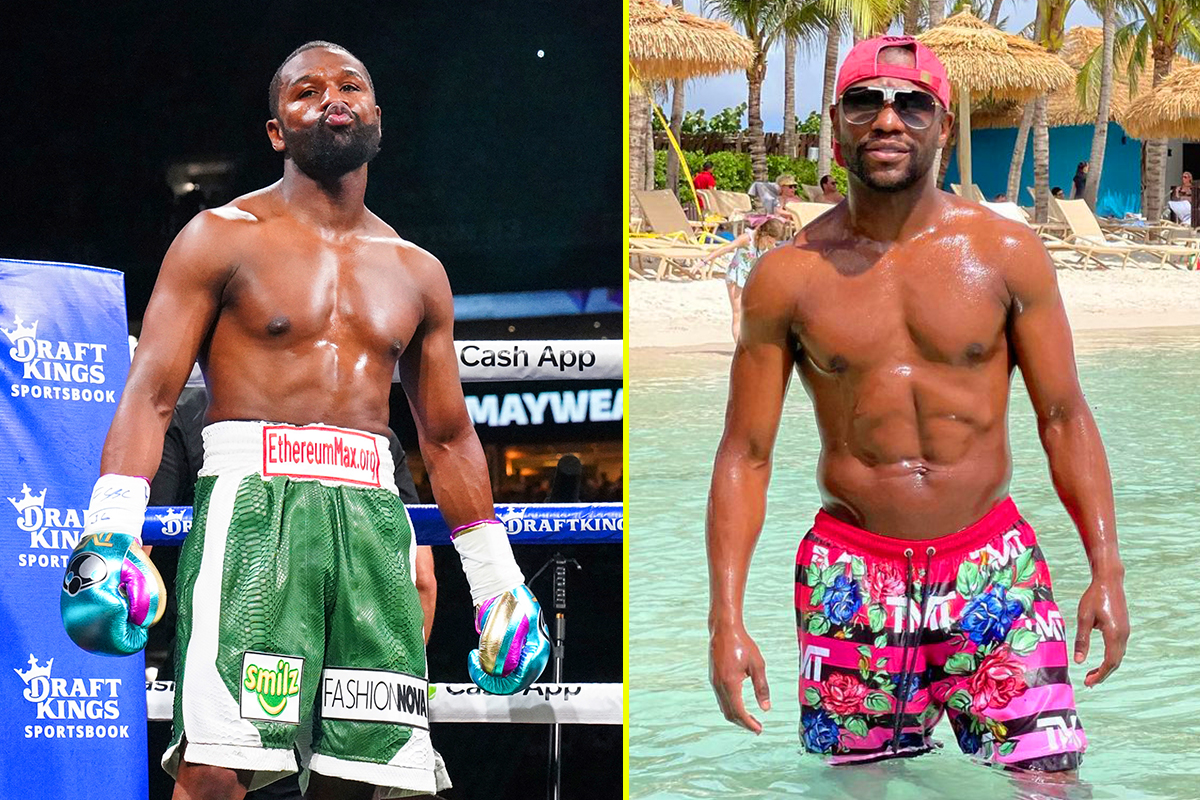 Although he returned to make his record a perfect 50-0 two years later, this was a far less challenging contest as he knocked out Conor McGregor, and he later admitted he didn’t train at 100 per cent.

Mayweather has also been back in the ring for two exhibition bouts since retiring from professional fights.

First, he KOd Japanese kickboxer Tenshin Nasukawa on New Year’s Eve at the end of 2018.

Then, last June, he went the eight-round distance with YouTuber Logan Paul.

Ultimately though, it has been over six years since his last full training camp, and yet he is still in immense shape.

Many boxers understandably let themselves go once they leave the sport and no longer need to stick to a strict training regime.

However, Floyd keeps himself in top condition as he travels the world in retirement.

This allows him to continue boxing in exhibition contests even now.

As he approaches his 45th birthday, Mayweather will be back in the ring in Dubai – on February 20.

Last week, the boxing legend hosted a press conference atop the famous Burj Al Arab hotel in the city and explained that his next bout will be staged on its iconic helipad.

Mayweather said: “We will be doing a special limited edition boxing showcase right here on the helipad – February 20.

“It’s always been a goal of mine to come to the UAE and put on a show and display my talent for the people in the Middle East.

“We haven’t chosen an opponent yet, but we will let the people know who the opponent will be.”