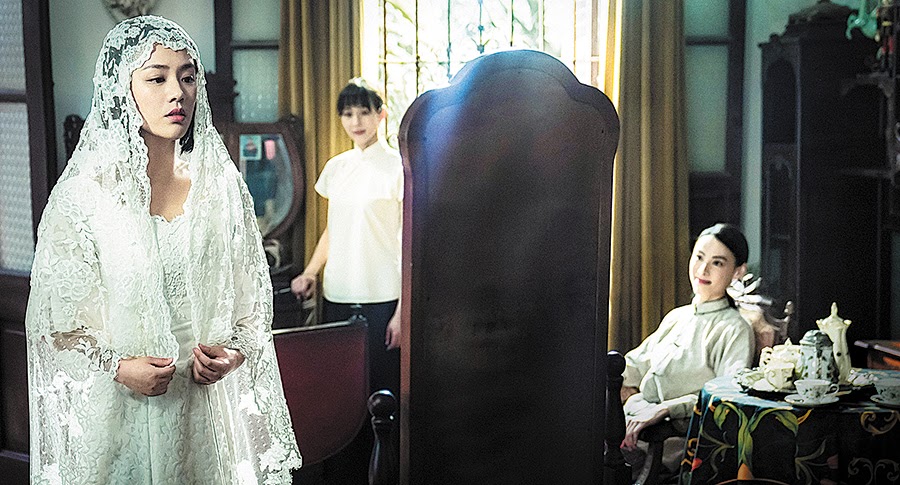 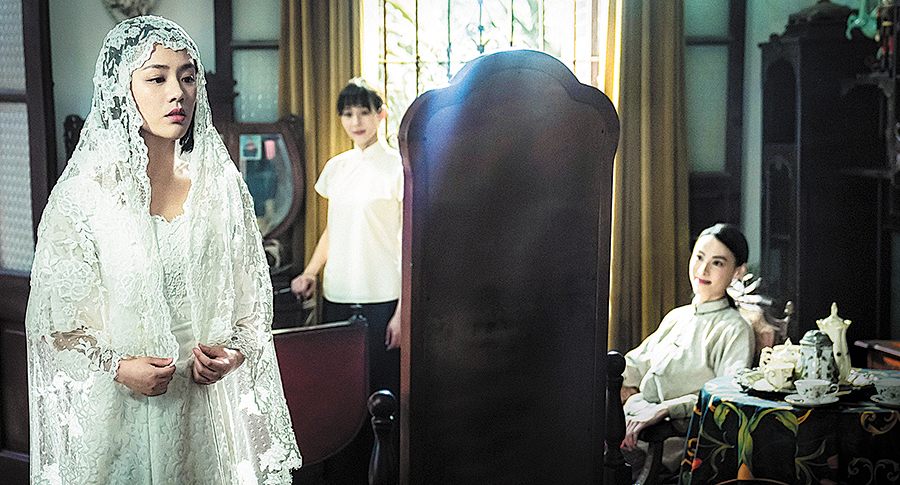 (China Daily) With her new directorial effort Love After Love, Ann Hui – the first female director to receive a lifetime achievement award at the Venice International Film Festival – finds herself at the center of controversy.

Despite gathering a stellar crew, including cinematographer Christopher Doyle, a winner of many Hong Kong Film Awards, and Oscar-winning composer Ryuichi Sakamoto, the film has received mixed reviews with a majority of the criticism revolving around the casting.

Set in Hong Kong in the late 1930s, the film recounts the tale of actress Ma Sichun’s protagonist. A high school student from Shanghai, she visits her widowed aunt-a tycoon’s wealthy concubine-to ask her to support her education. Seduced by the luxurious lifestyle, she falls for a playboy, portrayed by Eddie Peng, before surrendering herself to a life of actual, and moral, corruption.

The original story depicts Ma’s character as a slender woman with a “flat and beautiful face “whose eyes are long and lovable, and Peng’s role as a “bloodless-skinned mixed-race philanderer, whose lips are as pale as those of a plaster statue”. However, disgruntled fans of the book feel that the appearance and temperament of both Ma and Peng in the film do not match their literary depictions. 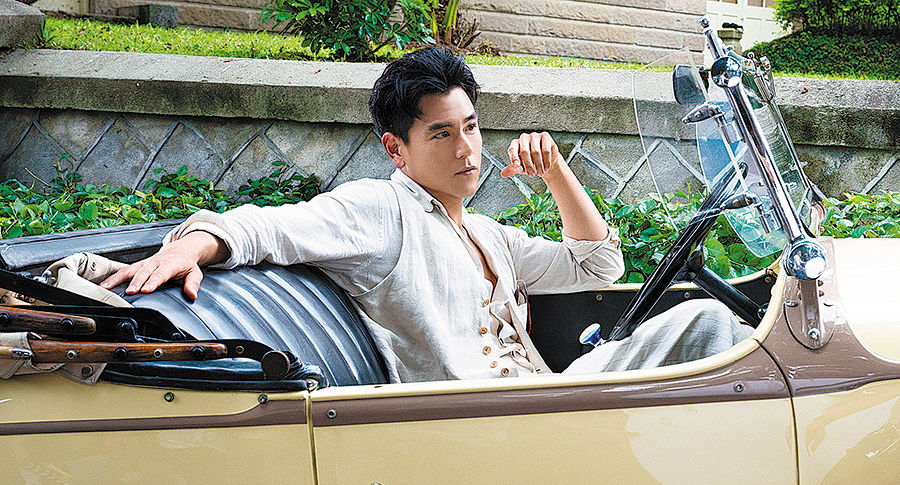 Describing herself as a “nonsensitive” person, Hui says that she hadn’t predicted that the casting controversy, which started as early as mid-2019 when the cast was announced, would ferment to such an extent.
“I have never wanted to tell audiences how to watch a film, but I still feel a bit surprised to read these comments,” says Hui, wearing her trademark black-rimmed glasses, during an interview with China Daily.
“I think Eddie Peng is quite similar to George, his character. According to my impression shaped from reading Chang’s original tale, George is not weak and sort of sensitive. As Peng grew up overseas, his gesture and personality fit my imagination of the character,” explains Hui.
“I chose Ma because I was very impressed with her 2016 film, Soul Mate. She perfectly renders how a young woman crazily falls in love. Also, Ma’s appearance-if admired from a certain angle-reminds me of some foreign movie stars of the 1940s, such as Ingrid Bergman,” adds the director. 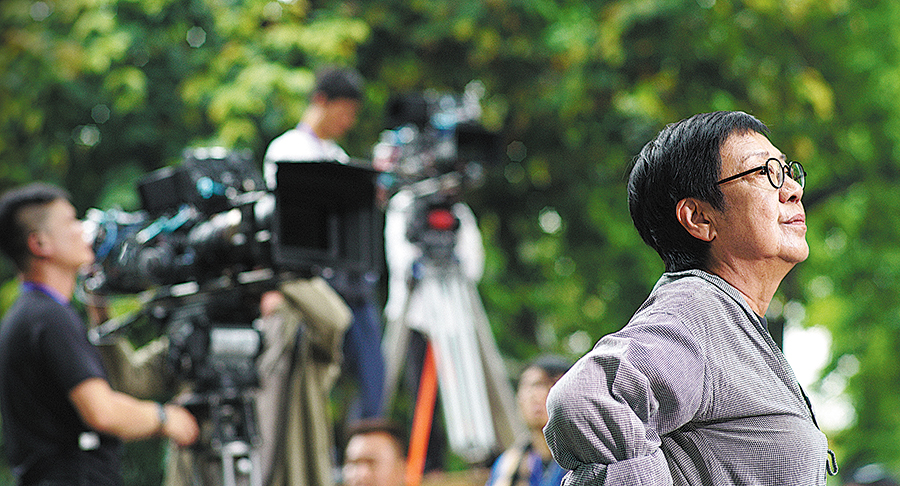 Love After Love marks Hui’s third time directing a film adapted from Chang’s novels, after Love in a Fallen City (1984) and Eighteen Springs (1997).
With an in-depth examination of the complex nature of humanity, especially deeply reflecting the inner struggle of urban women, Chang’s novels have accumulated a huge fan base, but her works are also widely regarded as being difficult for cinematic adaptation.
Clearly realizing the difficulty to adapt Chang’s work, Hui initially decided to just serve as the executive producer of Love After Love, but she was convinced to helm the project by Blue Bird Film, a Shanghai-based studio founded by Hsia Meng, an actress revered by Hui. A legend in Hong Kong cinema, Hsia had wished to shoot the film before she passed away in 2016.
Hui was already fond of the short story, and had been since she was young. When Hui was working for Radio Television Hong Kong in 1978, she stumbled on Chang’s The First Brazier, which was published in a collection of short tales and novellas. 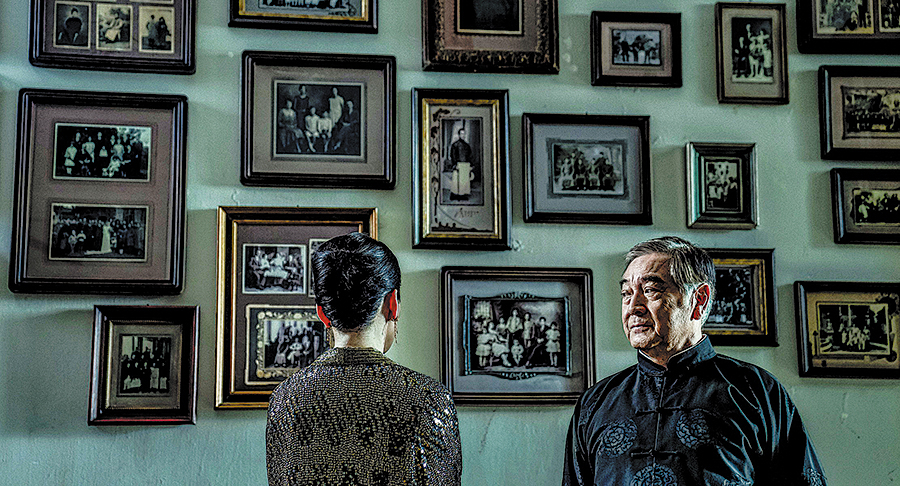 Recalling her obsession with the story, Hui says she was mostly fascinated about the vivid depiction of the iconic scenery of Hong Kong, from the billionaire residences on Victoria Peak to the University of Hong Kong.
“But the romances from Chang’s pen are, for the most part, extremely realistic and a bit brutal, giving most of her stories a sense of tragedy,” comments Hui.
For example, Hui says, the 1984 movie Love in a Fallen City’s protagonist, a woman suffering prejudice after filing a divorce, coldly calculates the benefits of a romance with her new partner.
“In Love After Love, the dissecting of human nature is more profound. The protagonist falls for an unworthy man and pays a high price for that,” says Hui.
With her own understanding of the story, Hui started the preparation in 2017, inviting veteran writer Wang Anyi to pen the script in 2018 before selecting four cities, Xiamen in Fujian province, Changzhou in Jiangsu province, Shanghai and Hong Kong, as locations for the filming, which began in May 2019 and concluded the following August. 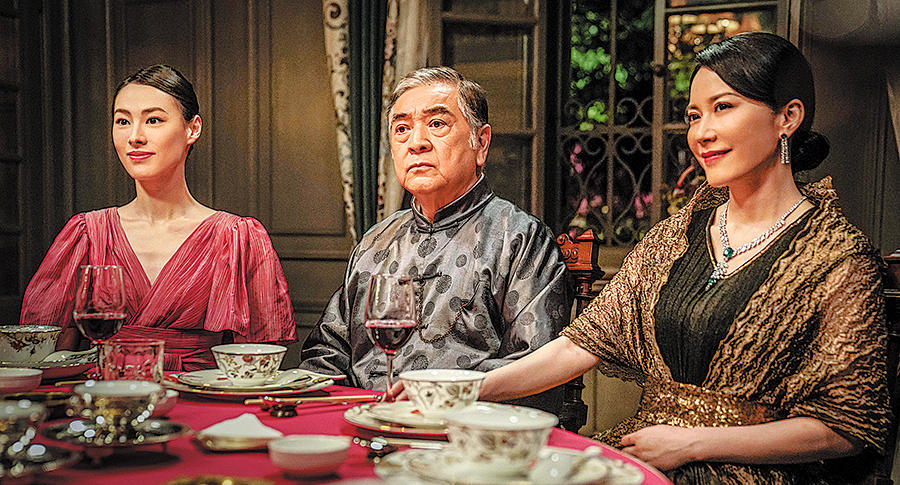 After wrapping up the film’s voice-over work between January and September last year, Hui took the film to attend the 77th Venice International Film Festival, where she received the highest honor in her life.
Recalling that many in the industry were feeling down during that period because of the COVID-19 pandemic, Hui says she was excited to get the award, deeming it as an auspicious sign. “I didn’t expect to receive such a high honor. I will continue my work,” she says.
With a directorial career spanning more than 40 years, Hui has made a string of critically acclaimed features, such as Summer Snow (1995) and A Simple Life (2012), but mixed reviews about her latest directorial effort has given her second thoughts.
Noting that she has yet to catch up with the digital world, exemplified by the fact that she rarely uses ride hailing apps and prefers to shop in physical stores, Hui says the recent online controversy will propel her to be more cautious and considerate to the “requirements” of the audience during a project’s early phase.
In spite of the buzz on the internet, the film has currently grossed over 60 million yuan ($9.39 million), a pretty decent market performance for an artistic feature.
Now engaged in producing a short film tailored for a streaming site, Hui says she has also tried to maintain an optimistic and positive mood.
“The good thing about getting older is that you don’t have too many things to be concerned about,” says Hui, wearing a big smile.
Source: By Xu Fan | China Daily | Updated: 2021-11-11 07:43