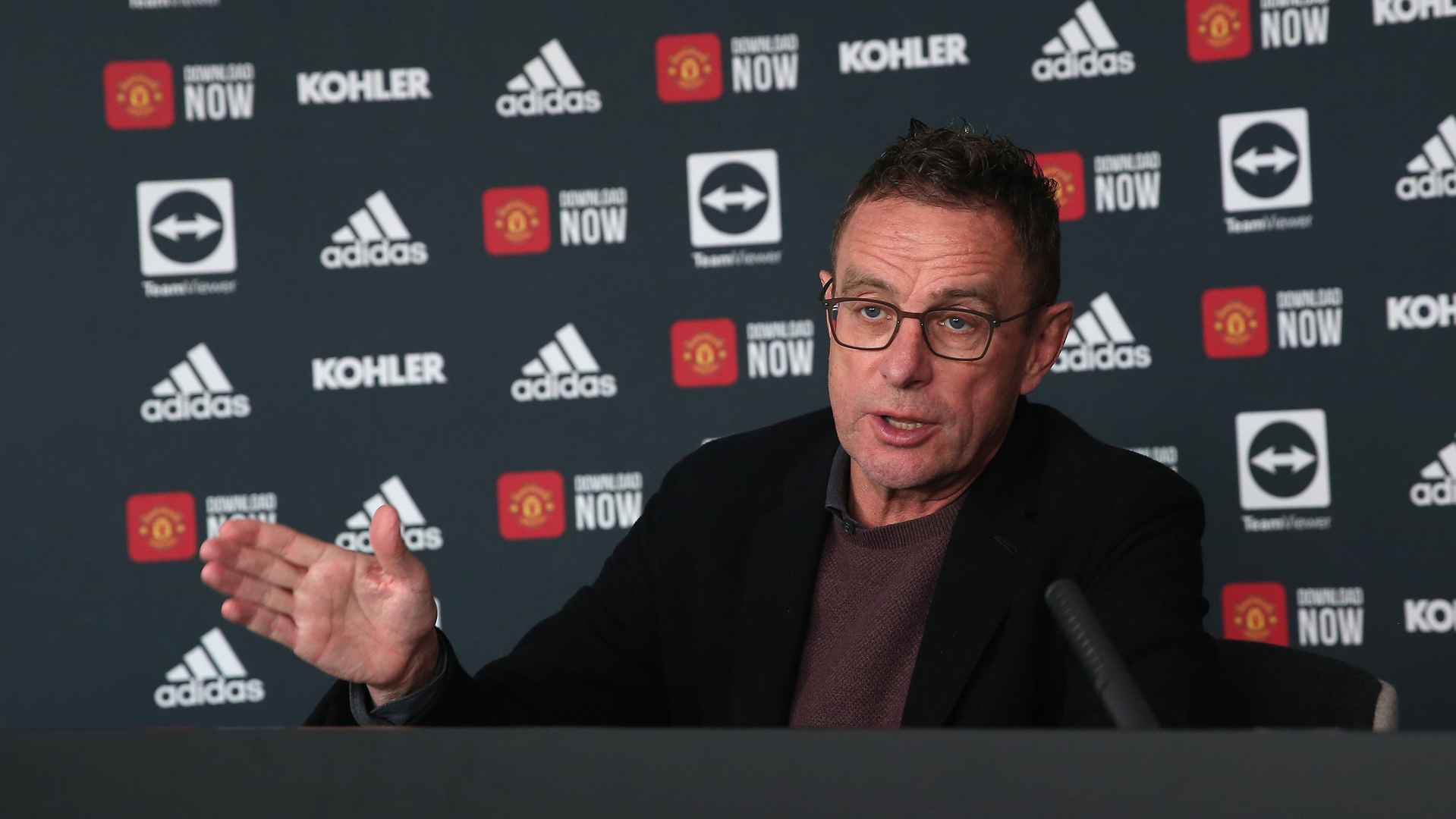 Hi Ralf, I understand it’s been a difficult time with the postponements, but do you think you’ve made as much progress as you would like to have done, having been in the job for three or four weeks now?
“Of course not. Every ambitious coach, and there’s no difference between other coaches and myself in that area, wants to take faster steps and larger steps forward. In order to do that, you need to be able to train and, as you know, we had to close Carrington for four days, and before that, we had eight or nine outfield players training. So directly after the Norwich game, they only came back in small bits and pieces, so the last three days we were almost back to full strength with regards to the size of the squad, but we couldn’t do that much in training. On the other hand, in those two or three training sessions, the team looked good and so therefore in today’s game [Newcastle on Monday] it was a negative surprise the way that we played with regards to game speed, game tempo and physicality.”