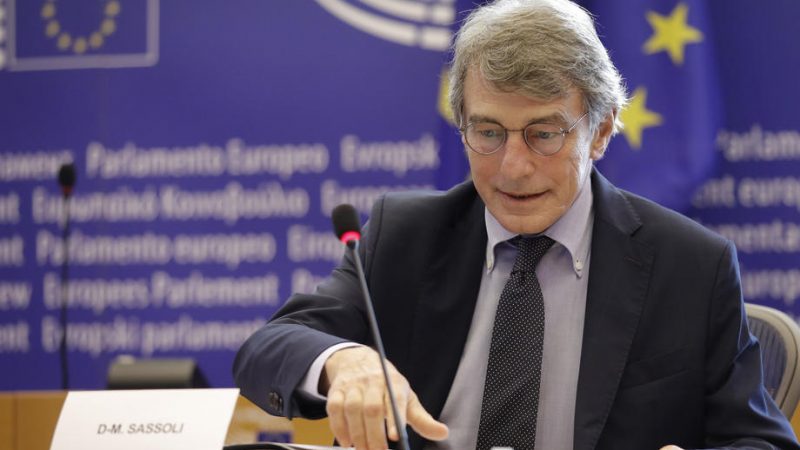 Following a long will-they-won’t-they saga, European Parliament President David Sassoli announced on Wednesday (20 October) his institution will sue the European Commission if it fails to trigger the regulation linking EU funds to rule of law before 2 November.

“EU states that violate the rule of law should not receive EU funds. We have a mechanism for this but the European Commission is failing to use it,” Sassoli wrote on Twitter.

“I have therefore asked our services to prepare a lawsuit against the Commission to ensure rules are enforced”, he added.

EU states that violate the rule of law should not receive EU funds. We have a mechanism for this but the @EU_Commission is failing to use it.
I have therefore asked our services to prepare a lawsuit against the Commission to ensure rules are enforced. https://t.co/7Z6RP7s8Ns

However, the decision does not come as a surprise to those following the matter closely. The parliament’s legal affairs committee already voted last Thursday (14 October) recommending Parliament takes the European Commission to court.

“I mean – the only news is that Sassoli made it a press release” one source familiar with the matter told EURACTIV.

The conditionality regulation is part of a package deal hammered out by European leaders in December 2020, under which Hungary and Poland agreed to unblock the €1.8 trillion budget and recovery fund but were promised a chance to challenge it before the European Court of Justice.

December’s compromise deal also included a controversial promise by the Commission that it would not activate the procedure against any country until it had put guidelines in place governing its use, which the EU executive promised will not be finalised before the court issues its final verdict.

Poland and Hungary had their cases heard on 11-12 October but a date for the final judgement has not yet been set.

According to the Parliament’s legal service’s analysis “the chances of success in a court action (…) are slim”.

EURACTIV understands that Parliament could also withdraw its case, however, even if the Commission acts after 2 November deadline.

Despite joining on 25 March the greens, liberals and social democrats in voting for the resolution that triggered the already drawn-out process, which culminated in the lawsuit, the conservative European People’s Party (EPP) now sides with the ECR and ID groups.

In a letter dated 14 October obtained by EURACTIV, EPP group president Manfred Weber wrote “we do not share the views that such an action for failure to act is both legally and politically appropriate at this juncture.”

“Second, on the political aspect, the EPP is of the view that the European Parliament being a political institution should behave and act accordingly, using all the parliamentary tools available rather than litigating in Court against other European institutions”, the Bavarian politician wrote to Sassoli.

Weber, who shares a political family with European Commission President Ursula von der Layen, wrote “the EPP strongly believes that bringing an action to Court does not serve the objective of the rule of law that we all share.”

“On the contrary, any dispute between the institutions with such a slim chance to succeed just play in the hands of those governments who abuse the rule of law,” he added.