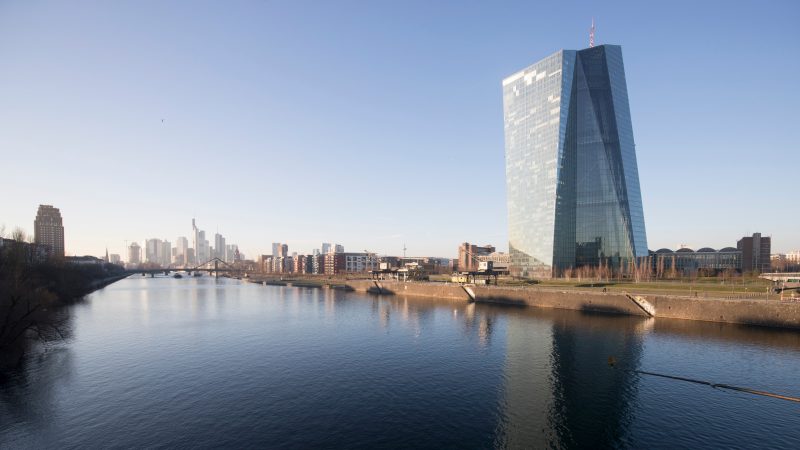 Out of 112 European banks, not one is close to fully aligning with the European Central Bank’s climate and environmental risk management guidelines, according to a new report.

The report released on Monday (22 November) analysed how European banks have incorporated climate and environmental risks into their business processes.

And they still have a long way to go, concluded Frank Elderson, a member of the ECB’s executive board.

“Banks urgently need to set ambitious and concrete goals and timelines – including measurable intermediate milestones – to mitigate their exposure to current and future C&E risks”, Elderson stated in a blog post accompanying the report.

Banks do not meet expectations.

In November 2020, the ECB published a guidebook to help banks integrate goals at different levels of management. The guidebook formulated several “supervisory expectations”, including climate and environment considerations for business models, strategies, governance, and risk appetites.

But according to the ECB, most banks are nowhere near implementing these goals.

Only 28% of banks integrate climate and environmental risks when determining the credit risk of a debtor.

This can become a problem when society’s reaction to climate change leads to “stranded assets”. For example, a loan to finance the exploitation of a new oil field might not be repaid if the world economy transitions away from fossil fuels. If banks have many such loans in their books that suddenly lose their value, financial stability will be in danger, and the public might be forced to bail out banks that hedged their bets on fossil fuels.

In October, the European Commission presented a new banking package to make the EU banking system more secure. The Commission’s proposal would require banks to include climate-related risks into their internal risk models.

Critics had warned that relying on internal models would not be enough and called on the Commission to mandate higher capital requirements for banks that lend money to the fossil fuel industry.

Indeed, the ECB’s report suggests that banks are not taking climate risks seriously enough. According to the report, only 11% of surveyed banks use climate and environment scenario analysis for strategy setting.

“To date, the majority of banks have no plans for concrete actions to adjust their business strategy”, Frank Elderson pointed out.

“Only a handful of [banks] mention actively planning to steer their portfolios on a Paris-compatible trajectory”, he added, referring to the Paris climate agreement in which countries aim to limit global warming to 1.5 degrees Celsius.

Elderson announced that climate and environmental risks would play a more crucial role in the ECB’s supervisory framework, and they will “eventually influence” the banks’ capital requirements.

Although the ECB report seems less than enthusiastic, European banks include climate risks more than other environmental risks.

“Most institutions have a blind spot for physical risks and other environmental risk drivers, such as biodiversity loss and pollution”, the ECB report reads.

A recent study by researchers from the French Central Bank found that biodiversity risks were closely linked to financial risks. According to the study, 42% of securities held in French financial institutions depended on functioning ecosystems.

However, the ECB report also pointed out that virtually all banks had developed implementation plans to improve their practices further. “All in all, institutions have started paving the way, but the pace of progress remains slow in most cases”, the report concluded.

As a next step, the ECB plans to conduct a full review of the banks’ preparedness for climate and environment risks, in tandem with a climate-related stress test in the first half of 2022.