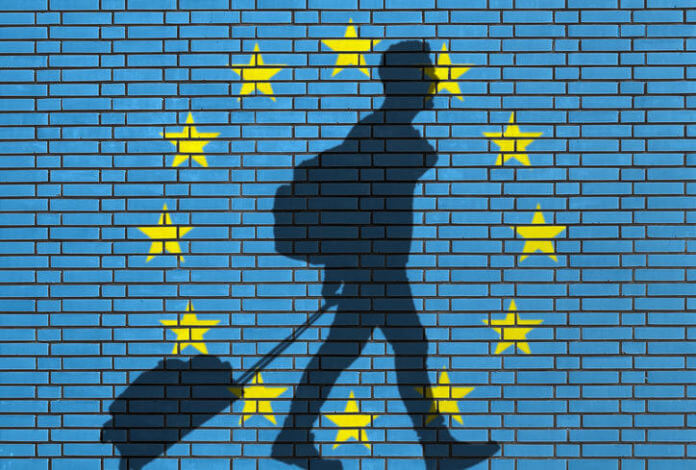 More European nationals plan to travel in the next six months, the European Travel Commission (ETC) has revealed.

According to a press release issued by ETC, two-thirds (66 per cent) of Europeans intend to travel during the autumn and winter seasons, which showcases a positive trend for tourism in the Union, SchengenVisaInfo.com reports.

About 5,769 respondents participated in the survey during the sixth, seventh, eighth and ninth wave of COVID-19 starting from early February to mid-September 2021.

Furthermore, the following nationalities were the top five to claim planning to travel in the next six months.

The interest in travel among Europeans kept fluctuating from the first survey (February 21), which increased 55.6 per cent to 70.3 per cent in May and dropped to 67.9 per cent in July.

Vaccination has been a key factor for Europeans’ confidence to travel again as 48 per cent of the travellers said they would very likely book a trip as soon as they get vaccinated. While the percentage of respondents that weren’t planning to travel dropped from 22.4 per cent to 21.5 per cent, the number of neutral answers also increased from 27.9 per cent to 30.8 per cent.

In general, 57.8 per cent of the respondents have agreed that the EU Digital COVID-19 Certificate will facilitate travelling, with the highest number of nationals believing so being Spaniards (72.4 per cent) followed by Italians (65.1 per cent) and Germans (63.1 per cent).

On the other hand, about 18 per cent of the respondents were sceptical that EUDCC would improve travelling amid the pandemic, with the most sceptical nation being the Dutch (28.2 per cent) and the Swiss (24.1 per cent). Britons marked the most neutral answers on the matter with 29.1 per cent.

In terms of time, 27.6 per cent of respondents said their next trip would be in the next three to four months, whereas 25.7 per cent said they planned to travel in one to two months. However, 10.8 per cent of travellers said they didn’t know yet, whereas 10.6 per cent revealed they would travel in September.

However, the interest in domestic travel has decreased compared to the previous survey by ten per cent, with only 31.5 per cent of respondents claiming to visit their own country in the next six months. But the number of respondents planning to travel to another European country increased by 2.2 per cent, which means that more than half of the travellers (55.3 per cent) plan to travel to a European country in the next six months.

Respondents’ top choice for travel was Spain, with 9.2 per cent of them claiming they would travel there, followed by Italy (9.1 per cent) and France (8.2 per cent). At the bottom of the list are the United Kingdom (3.5 per cent), Austria (3.8 per cent) and Turkey (3.9 per cent).

Furthermore, the ETC report shows that respondents were the most concerned to travel due to quarantine restrictions during their trip (18.6 per cent), followed by changes in travel requirements (14.2 per cent) and increasing infection rates in their destinations (13.9 per cent).

However, the top travel confidence boosters are considered the following: