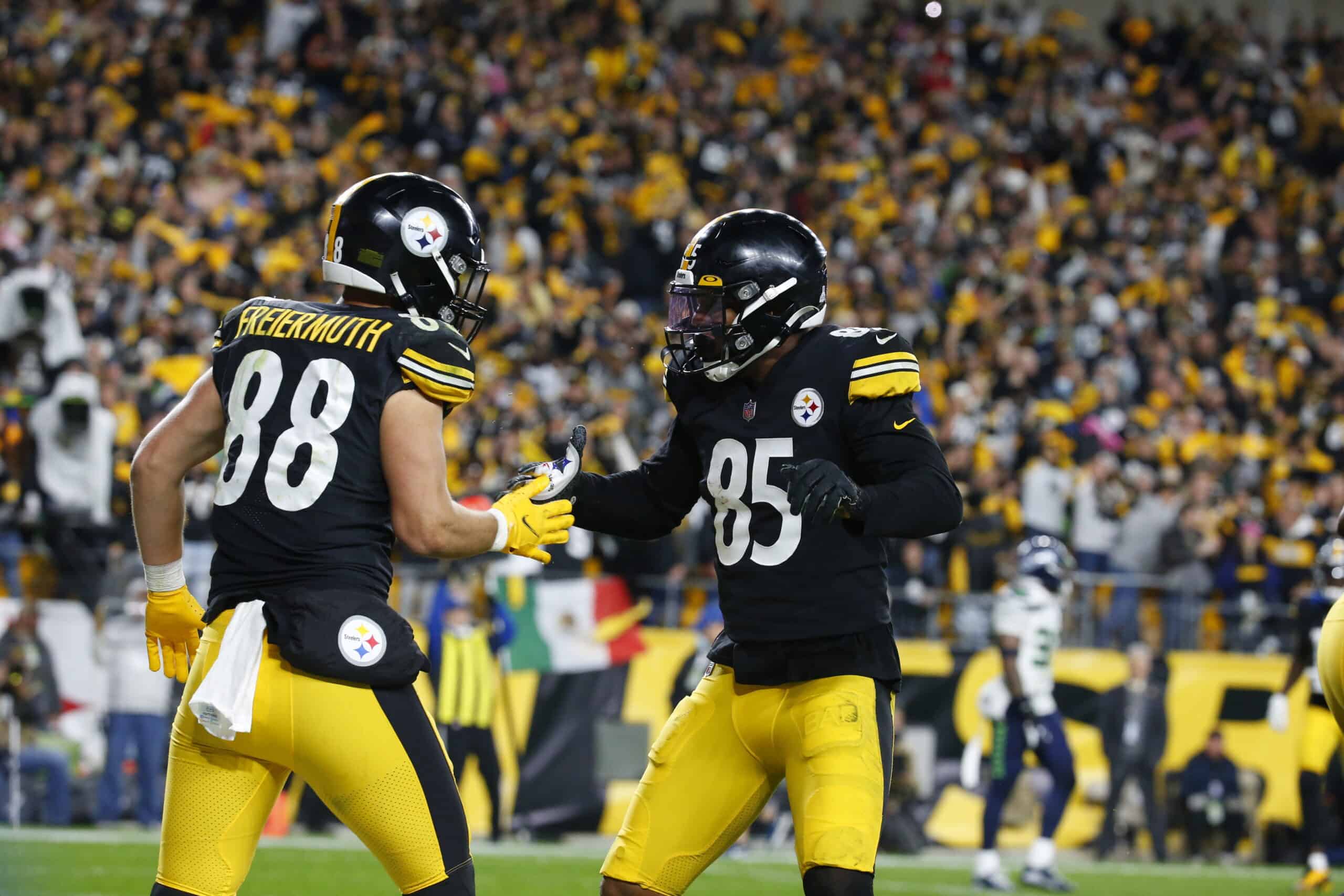 Tight end Eric Ebron was a key part of the Pittsburgh Steelers offense in 2020.

He showed up with his new team and had 56 catches for 558 yards and five touchdowns.

So far this season he has seven catches in six games.

Ebron has faded to the background of the offense as rookie Pat Freiermuth is leading the way from the tight end position.

So why is this happening to the veteran Ebron?

He offered up the following response when asked about his reduced role.

“It’s hard,” Ebron said, according to the Pittsburgh Post-Gazette. “It’s not my life. I want to be a professional. I’m an adult. I’ve got two kids and I’ve got a wife, people that I lean on and talk to. It’s not only about my image anymore and how I portray myself. It’s the way I think about the people around me. My job is to come here and do what I’m asked to do, and I’ve been doing that to the best of my ability and I think it shows.”

Ebron is keeping it professional during what has to be a tough time for him.

More from Steelers TE Eric Ebron and why he’s chosen to keep quiet this season as his role has decreased: “I’m an adult, I’ve got two kids, I’ve got a wife, people I lean on to talk to. It’s not only about my image any more and how I portray myself.”

Ebron is still only 28 years old and is set to hit free agency following the season.

That fact may be what has him upset the most as his value appears to be plummeting in this Steelers offense.

His 13-touchdown year in 2018 with the Indianapolis Colts is further and further away from the present with each passing day.

There does not appear to be any sort of discipline-related reason for his lack of production.

Yet there has to be some explanation for why he is playing in fewer than 50 percent of the team’s snaps this season.

He was up at 74 percent a season ago.

A positive for Ebron is that it is still only Week 8.

The Steelers may address this problem with him, or maybe he gets offered up in a trade if they have no desire to keep him around.

Regardless, his role is a storyline until something changes.