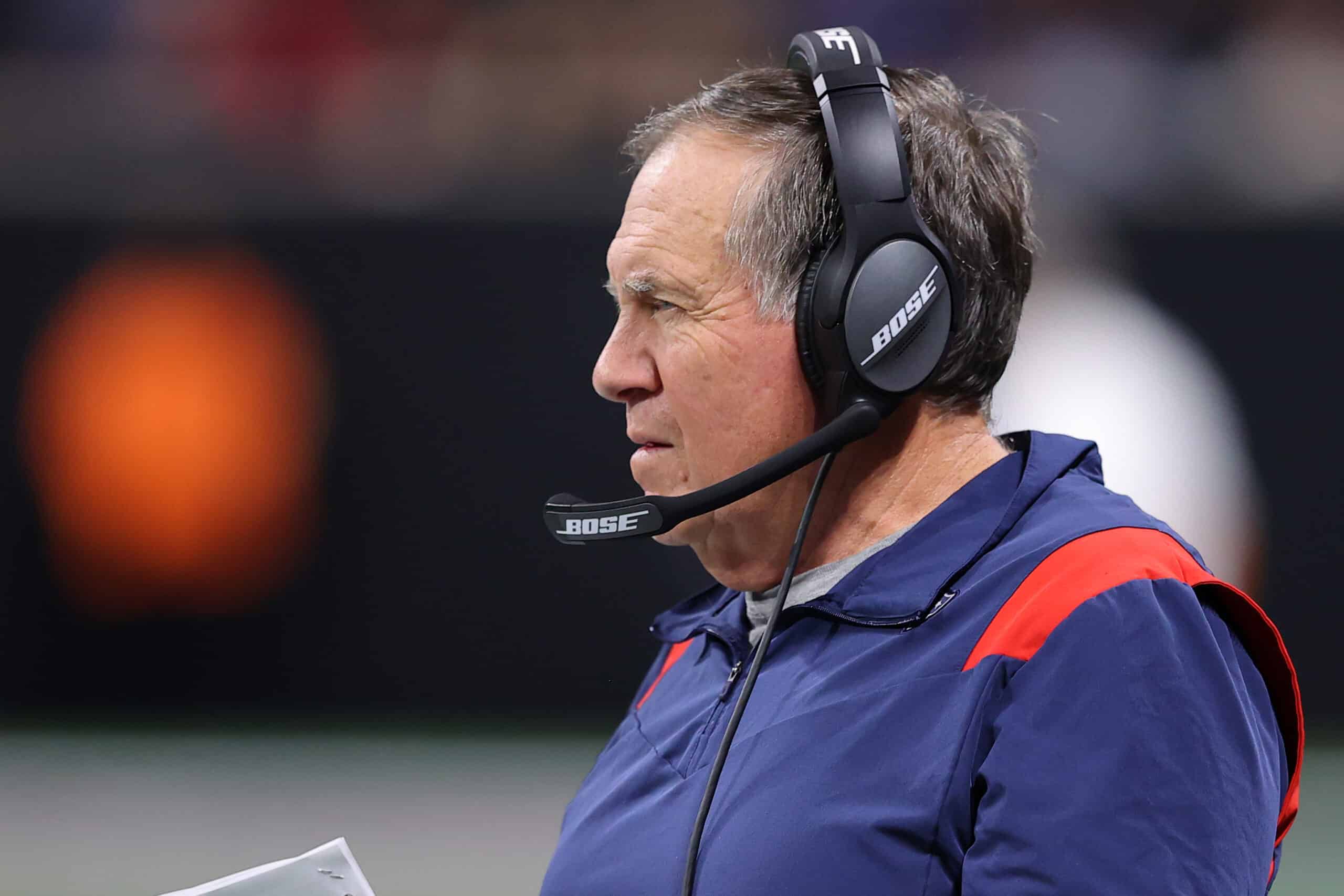 When Tom Brady signed with the Tampa Bay Buccaneers before the 2020 season, it marked the end of a 20 year relationship.

Since 2000, Brady and New England Patriots coach Bill Belichick had been joined at the hip.

Together, the duo appeared in nine Super Bowls and won six.

Brady was the MVP for four of the title games.

As he departed for a new adventure in Florida, the immediate question became, “How will Brady and Belichick fare without each other?”

That question was answered quickly.

Brady and the Bucs won the Super Bowl last year, giving him a record seventh title.

Belichick watching Brady and Gronk celebrate a Super Bowl without him pic.twitter.com/2K8H66UDr9

Meanwhile, Belichick and the Patriots struggled through a 7-9 record with Cam Newton at quarterback.

The results of the 2020 season bolstered the pro-Brady crowd while heaping coal on those who thought Belichick was the reason for Brady’s success.

A little over halfway through the 2021 season, however, the jury on this debate is still out.

Is One Really Better than the Other?

The Brady/Belichick partnership began during Week 2 of the 2001 season.

That week saw starter Drew Bledsoe go down with an injury against the Jets.

Brady entered the game and the rest is history.

The ‘01 Patriots were loaded with talent on both sides of the ball.

Brady worked tirelessly to run Belichick’s offense and became a leader on the field and in the locker room.

As he learned the nuances of the pro game, Brady developed into one of the greatest quarterbacks in NFL history.

He made football his priority and pushed his teammates to excel.

No matter who the Pats had on offense, Brady had an uncanny knack in getting his teammates on the same page.

Belichick’s failed tenure as Cleveland’s head coach in the 90s inspired him to take a different approach to coaching his second time around.

He didn’t just get his team ready for games.

Belichick went a step further by implementing what is called “situational football.”

The concept calls for the players to practice for a myriad of circumstances that may happen during a game.

New England was so well prepared year in and year out that the franchise missed the playoffs only three times from 2000-2019.

So Who Benefitted the Most?

Even after 20 years, it’s not easy to clearly say who benefited the most in the Brady/Belichick dynamic.

Belichick took a chance on Brady by drafting him in 2000.

He also gave Brady the opportunity to play in 2001.

When asked recently if he would have had as much success in New England without Brady, Belichick gave a candid answer.

“Of course not,” he replied.

This was evidenced last year.

When Newton was at the helm, the Pats ended the year 7-9, showing that not all quarterbacks can excel under Belichick.

However, there’s also the fact that Brady wasn’t the only player on the field no matter what team he played for.

“I think having a good team and playing well is more important than who or where you play.”
-Coach Belichick pic.twitter.com/Km37roWQC5

Brady is a very good football player and he has been surrounded by solid talent with both organizations he’s played for.

Belichick is a very good coach who can teach young players how to excel as pros.

The proof comes from his work with a young Brady in the early 2000s.

It also shows in his work with rookie Matt Jones this year.

The common denominator with both quarterbacks is Belichick.

Yes, Brady has thrived as a football player and the Patriots don’t win as often without him.

However, it takes a good coach to harness that type of talent and turn it into something special.