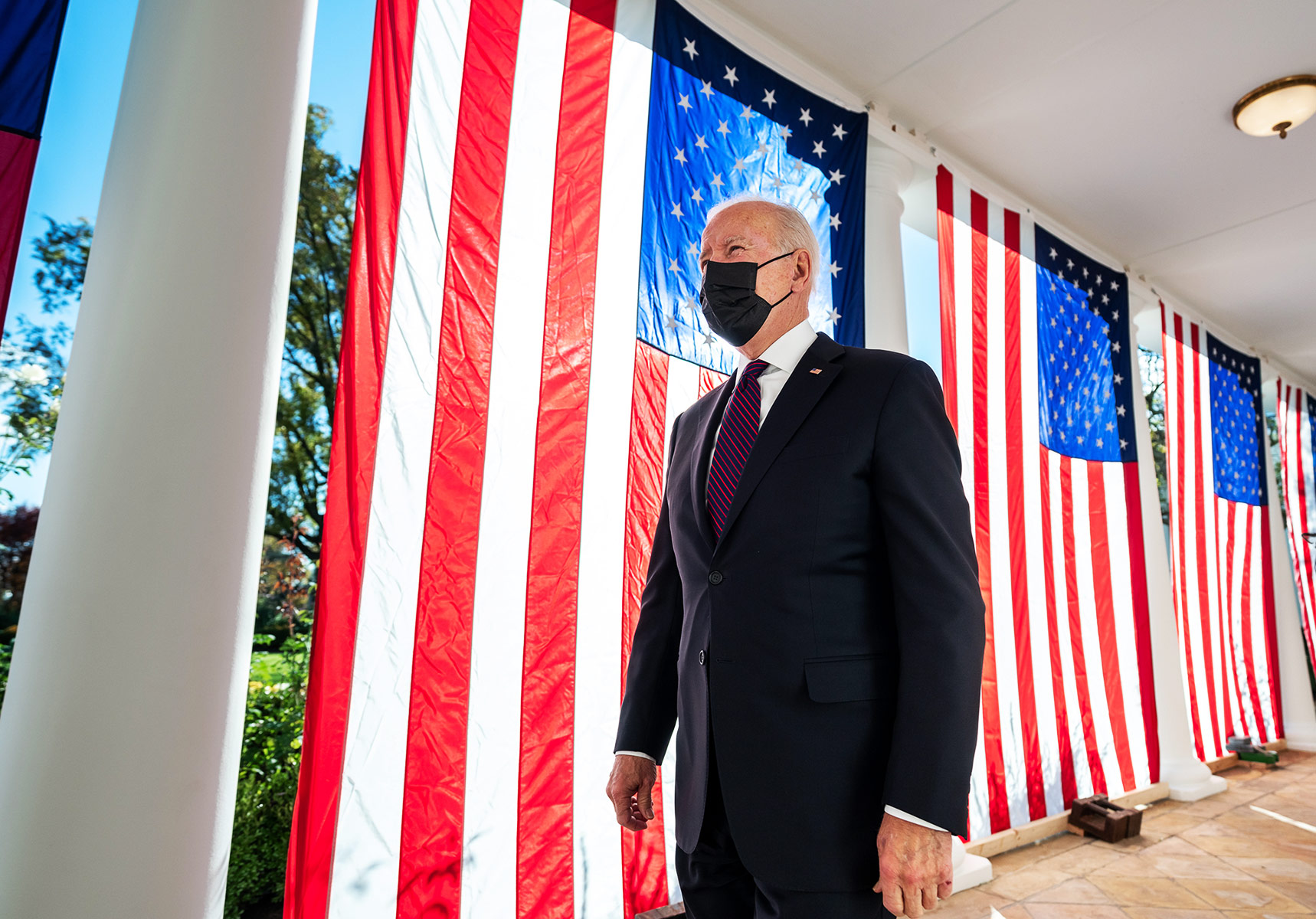 Ryan Grim and Ken Klippenstein at The Intercept cite the tense relationship between US President Joe Biden and Saudi Crown Prince Mohammed bin Salman as the explanation of the high gas prices that have rattled consumers’ confidence and troubled the administration. Every politician and political analyst knows that the fate of US presidents at the polls depends on the health of the consumer index and, specifically, the price people pay per gallon at the pump. If rising food prices are thought of as worrying indicators of inflation, rising gas prices are heralds of doom.

The Intercept authors describe the complex game of cat-and-mouse played between the two leaders, one known for ordering the gruesome murder of Washington Post journalist Jamal Khashoggi, the other more conventionally engaged throughout his career in a form of organized mass murder called war. Since the responsibility for killing in war is shared across an entire nation’s political structure, and since war is supposedly regulated not by personal command but by “rules of engagement,” Biden and his predecessors, whose policies have led to the deaths of hundreds of thousands, cannot be compared with the kind of bloodthirsty assassin Mohammed bin Salman has become.

The Democratic Party vs. Its Voters

This contrast has created a problem for Biden, who — unlike his predecessor Donald Trump, the ultimate opportunist — has the obligation of consolidating his image as a man of solid moral fiber. Biden has repeatedly insisted that the US must lead by the power of its example rather than the example of its power. He has no choice — in contrast with the abject Trump — but to avoid being seen as the puppet of a Middle Eastern powermonger.

The long and the short of The Intercept’s story is that Biden has adamantly avoided accepting to have a private conversation with the Saudi crown prince. In retaliation, bin Salman has refused to listen to an American president’s predictable requests to expand oil production to ease the tension on global oil prices. There is of course more to the story than that, but the only thing Biden has attempted to explain to the American public is that oil prices have risen “because of the supply being withheld by OPEC.” The fact that Saudi Arabia has a predominant voice in OPEC spared Biden the trouble of mentioning Riyadh itself.

To clarify Biden’s dilemma, Grim and Klippenstein reached out to Ali Shihabi, a man who describes himself on Twitter as an author and “commentator on Middle Eastern politics and economics with a particular focus on Saudi Arabia.” Grim and Klippenstein offer a bit more precision, calling Shihabi “a voice for MBS in Washington.” This became evident when Shihabi tweeted: “Biden has the phone number of who he will have to call if he wants any favours.”

Shihabi turns out to be an excellent stylist when it comes to using irony disingenuously. Grim and Klippenstein quote a statement Shihabi made in response to The Intercept’s request for comment: “Saudi has put a lot of work into getting a cohesive OPEC+ to work over the past 15 months since the crisis that dropped oil futures below zero so will not break ranks with the consensus or Russia on this. Also, the kingdom resents being blamed for what is essentially a structural problem not of its own making in the US which has hampered its own energy production. Finally, I hear that the price of Thanksgiving Turkeys has doubled in the US so why can oil prices also not inflate?”

The capitalized “Turkeys” quip might be a sly (or possibly unintended) allusion to the 2018 murder of Khashoggi in the Saudi consulate in Istanbul. Everything else in Shihabi’s explanation has some historical merit. But throwing the spotlight on consumer prices in the context of what is perhaps the most “sacred” American holiday is equivalent to giving Biden a quick karate kick in the family jewels.

What can Biden do, other than capitulate to bin Salman and improve the consumer index? Doing so would brand him as weak and cowardly. In the end, Americans and political analysts all over the world are left wondering what the US stands for or is capable of standing for. Because a democratic consumer society’s political system is dependent not on the ideals of good government reflected in its constitution and repeated endlessly by demagogic politicians, or even on the “national interest,” but instead on the reaction of consumers to the prices of the goods they buy, the question must be asked: Who controls US politics?

Is it the people? No, because their dual role is simply to show up to vote every couple of years and to consume on a daily basis. What about the president? No, because presidents are in a constant battle with Congress. So, is it Congress? Not really, because Congress is known for debating everything and accomplishing nothing. The entire superstructure of government functions as a machine to find excuses for maintaining the status quo.

With regard to today’s news cycle, if we are seeking the answer to the question by naming individuals, the best candidates would be Joe Manchin and Mohammed bin Salman, who have demonstrated the power to create situations from which there is no exit.

The key to understanding Biden’s problem with bin Salman is of course neither the crown prince nor the West Virginia senator. It’s Donald Trump. Grim and Klippenstein quote Trita Parsi, executive vice president of the Quincy Institute, one of the most astute observers of the Middle East in Washington. Parsi “said the move by MBS is aimed at boosting Republicans, whom the crown prince sees as a more reliable ally.”

More specifically, Parsi claims that it isn’t about oil revenues or even the arms sales to the kingdom that Biden had promised to halt on moral grounds but eventually accepted. According to Parsi, bin Salman has long-term geopolitical considerations in mind. “MBS calculates that a Republican president,” according to Parsi, “will reinvest in the idea of dominating the Middle East militarily, which makes the relationship with Saudi Arabia critical once more.”

Parsi further notes that under Trump a new coalition had grown up, bringing together the interests of Saudi Arabia, the UAE and Israel, in lockstep with traditional US policy aimed at dominating the entire Middle East. Trump’s innovation was to delegate some of US power to its unconditionally supported allies Israel and Saudi: “MBS wants to return to the days when Saudi Arabia was fully immune from any criticism and had U.S. support with no questions asked.”

This situation that has resulted in Biden’s helplessness was created by Trump. It highlights the embarrassing decline of US prestige, if not also of US power in the world. Because of the way US democracy has evolved, the national interest — that of the people as a whole — will always be mediated if not dictated by local and corporate interests rather than any expression of the “will of the people.” In an officially decentralized and privatized social and economic structure, all decisions tend to be conditioned by “favors.”

For the politicians and political operators who hope to play their role in Congress or even intervene in the executive branch, getting elected or selected requires not just accepting, but soliciting favors from wealthy corporate donors and establishing what may be called “intimately interested” relations with them.

Trump succeeded at this game because of his talent for letting his personality eclipse the consequences of his politics. His voters and members of his party followed his lead because of his ability to play the role of a “winner.” That meant that Trump could let scoundrels like Mohammed bin Salman have their way while appearing to be the dominant personality in the couple. Biden had no chance. Not only did he not look like a winner, he gave the impression that the only thing he was interested in winning was the election.

In short, when the Democrats forced Biden’s selection as their candidate in 2020, they did Biden the favor of allowing him to be elected by circumstance (thanks to COVID-19) but did themselves no favors if they really had the hope of using Biden’s presidency to govern the nation.