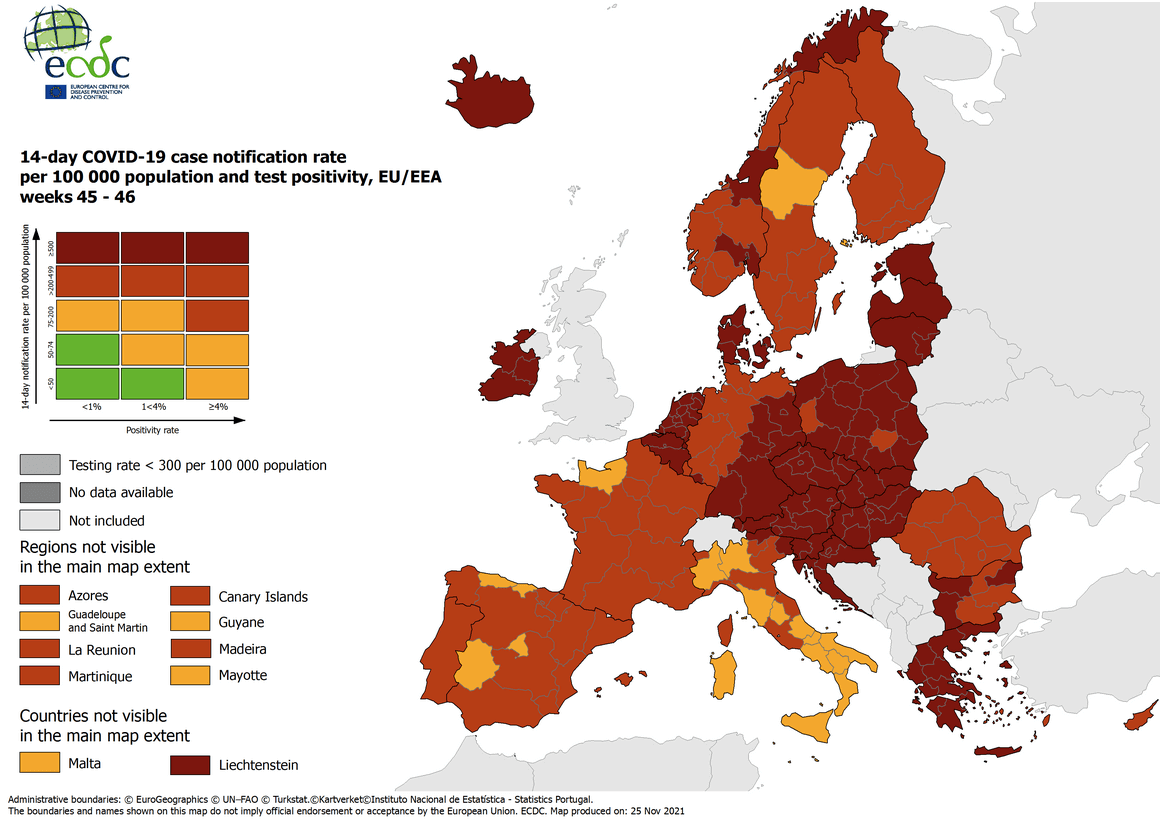 Soon after the European Commission proposed new rules for travel within the EU, the European Centre for Disease Prevention and Control (ECDC) revealed that the COVID-19 situation in the continent is worse than ever.

Yesterday, the Commission proposed that all persons who hold a vaccination certificate that falls under the EU Digital COVID-19 Pass or any other equivalent document that shows that the holder has been vaccinated with one of the vaccines approved by the World Health Organization (WHO) should also be permitted to travel to the bloc without being subject to additional rules.

Moreover, in order to allow simpler movement, the same has advised that the Member States impose coordinated rules based on travellers’ vaccination status.

However, despite these recommendations, it’s unclear if EU and non-EU nationals will be able to take a trip anytime soon without being exposed to the virus as the COVID-19 situation has significantly worsened.

According to the latest update of maps that have been published in support of the Council’s Recommendation on a coordinated approach regarding the travel rules, all EU Member States have identified increased infection rates over the last seven days.

For this reason, ECDC has suggested that everyone, especially unvaccinated and unrecovered persons, refrain from taking any non-essential trips at the moment, SchengenVisaInfo.com reports.

Such categorisation was made after all these countries reported over 500 Coronavirus infection cases per 100,000 inhabitants and had a test positivity rate of more than four per cent in the last two weeks.

The figures from the World Health Organization (WHO) have shown that out of all Member States, Poland, the Netherlands, Czechia, and Belgium have reported the highest infection rates.

Consequently, taking into account that infection cases are increasing each day, the Agency has strongly advised that everyone refrains from travelling during this time. Those who need to take a trip are advised to be cautious and carry the necessary documents with them at all times.

Apart from the countries mentioned above, Spain, Portugal, and France have also reported increased COVID-19 cases. These countries have been the safest destinations to travel to until now. However, due to the new wave of COVID-19, these areas have been affected too.

Still, travel to one of these three territories is not as strongly discouraged as travel to dark red-listed areas, provided that travellers meet the entry requirements of their destination country.