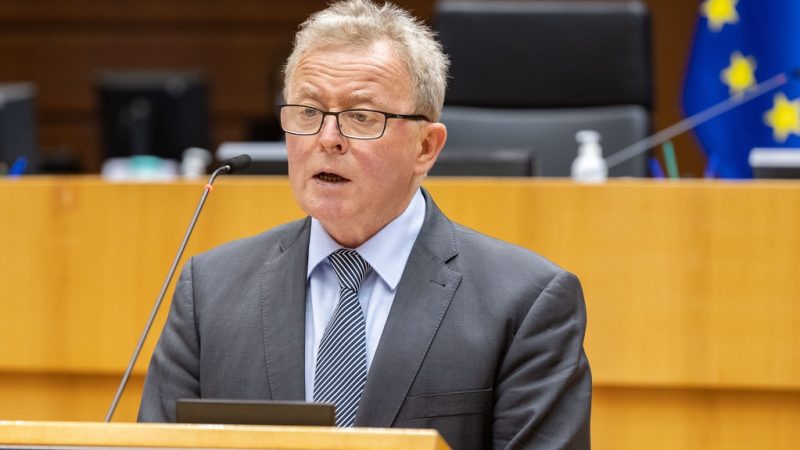 EU Agriculture Commissioner Janusz Wojciechowksi said support for small and medium-sized farmers is a red line for the approval of member states’ CAP strategic plans, promising to oppose plans which restrict access to funding for these farmers.

Through these plans, EU countries will set out how they intend to meet the nine EU-wide objectives of the Common Agricultural Policy (CAP) reform while at the same time responding to the needs of their farmers and rural communities.

Draft plans are to be submitted to the European Commission for approval by the end of the year.

During a special interparliamentary hearing on Thursday (18 November), the Commissioner made it clear that he would staunchly oppose any plans that restricted funding access to certain farmers, namely small and medium-sized farmers.

While he pointed out that member states are allowed to create their policies “to some extent”, this is always supposed to be based on a principle of “general access to the programmes,” he said.

“I will oppose attempts in the strategic plans to limit access to beneficiaries’ access [so it is] restricted to certain groups,” he said, adding that, in particular, he will “oppose any attempts at restricting access to small and medium-sized farms”.

This marks a change of tune for the Commissioner, who has previously been reluctant to entertain the idea that plans may be rejected, banking instead on the power of persuasion and dialogue to encourage ambition in the plans.

“I cannot even imagine or assume a situation where the Commission would, in a spectacular manner, reject a strategic plan prepared by the member states,” he said when asked back in July whether the Commission has the power to reject a plan that is not sufficiently aligned with the Green Deal environment and climate targets.

Instead, he suggested that the only direct formal ground to refuse a plan is to comply with legal obligations.

It is no secret that the Commissioner has a soft spot for small and medium-sized farmers, being a vocal supporter of family farming and often speaking out on the subject.

In an interview with EURACTIV back in May, he stressed that strengthening the support for small and medium-sized farms has been one of his main priorities as a Commissioner.

“These farms are more and more under pressure from intensive farming, which they are not able to compete with,” he said at the time, pointing out that the EU has lost some 4 million small farms in the past decade.

“The process is going all-time in one direction: fewer and bigger farms. We need to better control this process and to give a chance for the small farmers to exist,” he said.

During his intervention in the hearing, the Commissioner also stressed that farmers could not be forced into changing their ways but instead should be encouraged to implement ambitious environmental goals.

To achieve this, there must be “an appropriate offer for them,” he said.

He said that there must also be a synergy between the CAP and other policies, highlighting that member states’ strategic plans “cannot be isolated”.

“Interventions in strategic plans have to be designed in a way which contributes to implementing goals from other policies,” he said, pointing in particular to the recovery programmes as another possible avenue for offering support to farmers.