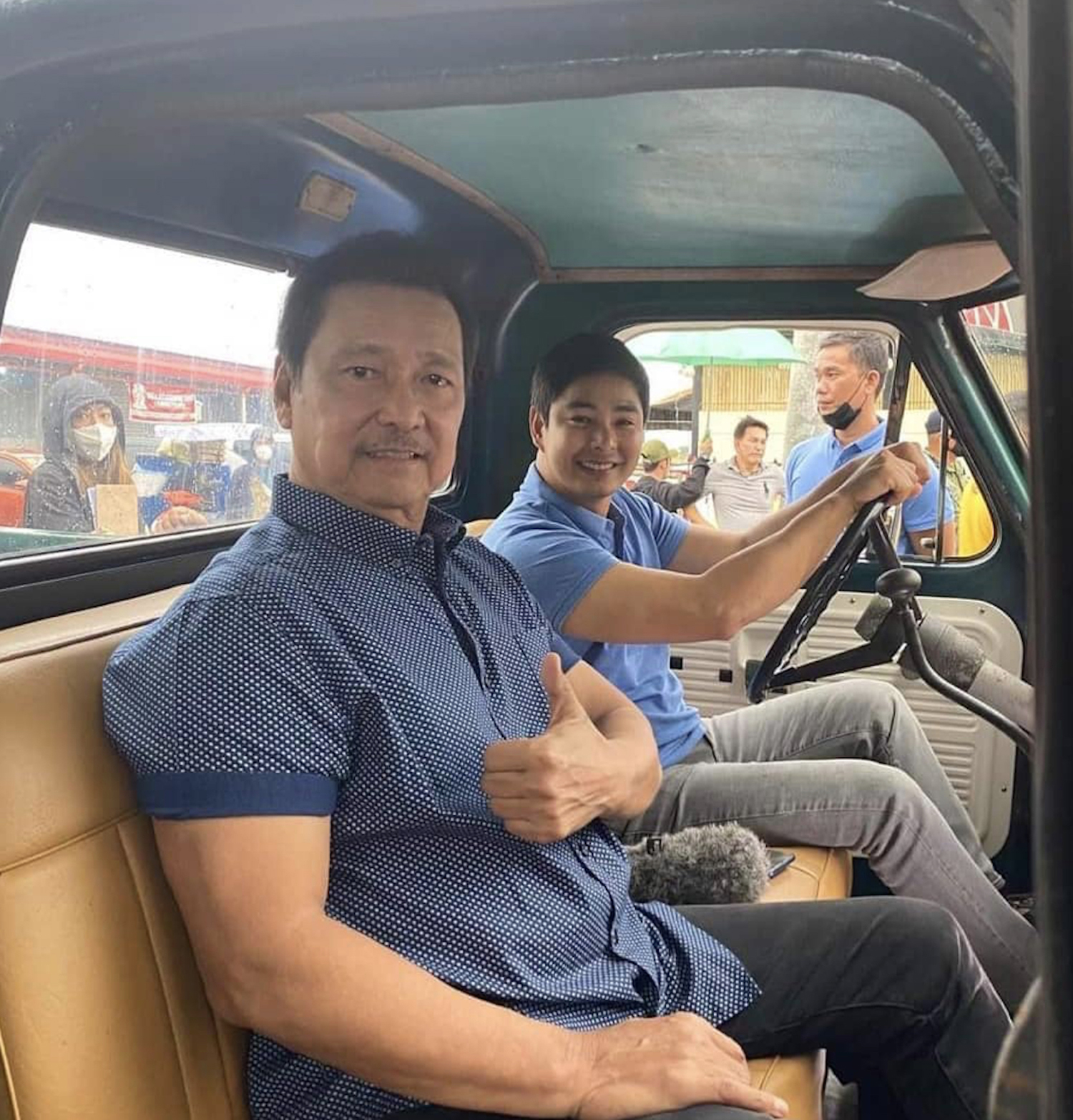 TWO actors synonymous with action flicks are currently shooting a movie – not an action/adventure movie, but one that features food and culture.

“FPJ’s Ang Probinsiyano” star Coco Martin and Senator Lito Lapid, who’s starred in countless action flicks in his heydays in the movies, are in the Brillante Mendoza food movie “Apag” (Hapag), according to an article in the Philippine Star.

Senator Lapid had to adjust to the new normal nowadays of lock-in shoots after not having faced the movie cameras for years.

“I felt that we were snubbing people,” he was quoted as saying. “We couldn’t move around during the lock-in shoot (in Pampanga).”

Lapid added that he is excited to work with Mendoza, a fellow Kapampangan who won the best director award for the film “Kinatay” at the Cannes Film Festival.

“He’s very good. He describes the scene to you and lets you interpret it. You can lengthen your dialogues if you want to. The atmosphere is relaxing,” the senator described his experience so far.

But he also said that this does not mean that the director has no set rules. He clarified that Mendoza is strict and meticulous, and insists on excellence.

As for the film, Senator Lapid grabbed the chance to be in the film as it fulfilled his dream of working with the brilliant director. Coco Martin had recommended to the director that Lapid be included in the Kapampangan film. Lapid was governor of Pampanga from 1995 to 2004, and started his political career in the province.

“The film depicts Pampanga culture, especially its famous cuisine,” he states, adding that the shoot was a breeze for him as the dialogues are in Kapampangan.

He also posted on Instagram a photo with him and co-star Martin while on the shoot, essentially inviting people to look out for this exciting film this 2022.

“Apag,” according to the article, is being eyed for local and international release.

And talking about stars from yesteryears making a comeback in the movies, Joko Diaz, who about two decades ago was in the Viva stable of young stars and making movies, is starring in a few Viva movies after deciding to return to his home studio, according to an article in PEP.ph.

Joko is the son of the late actor Paquito Diaz and his uncle was also an actor, the late Romy Diaz.

It took about two years of negotiations before the actor decided to return to Viva, which is also handling the career of his daughter, Ashley, who is being paired as a loveteam with Andre Yllana, the son of actors Jomari Yllana and Aiko Melendez.

“Boss Vic and I talked about it because my daughter had recently signed with Viva,” he explained. “It’s two years in the making before I returned to Viva. Now that I am back, ‘Hugas’ was my first project. That was what was initially given to me.”

“Boss Vic told me, ‘Get a feel for everything first. Test the waters,’ of course, since I am new to their grouping (referring to the new stars he would be working with). What’s good is that the director, Roman Perez Jr., is no stranger to me as he had been my director from before,. And then, I got to work with Jay Manalo so I enjoyed myself” he continued.

“It’s been twenty years since I’ve been gone from Viva. I’m happy that Boss Vic does not forget (actors like) us. Thank you to the press for not forgetting us,” he further stated.

For Joko’s “Hugas” co-star Jay, he relished the experience of working again with the actor, who became one of his very first friends in the industry when Manalo started in 1994.

“When I was new at Viva, Joko was the one who guided me. He truly became one of my friends. He is a true person, he has no airs,” Jay said.

Aside from “Hugas,” Jay and Joko worked together on the film “Siklo.” Joko returns to leading man category in the film “Kinsenas, Katapusan.”