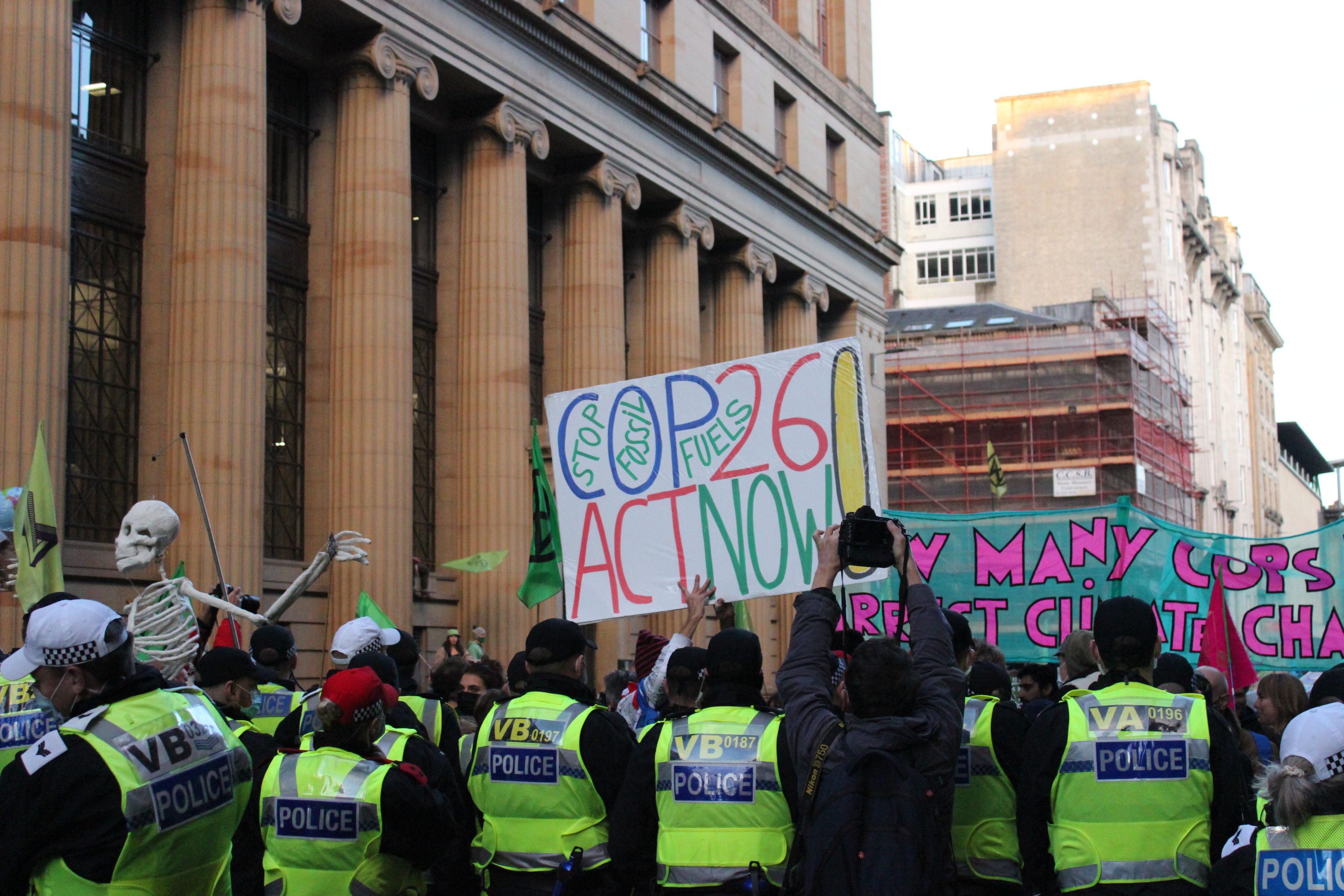 As the climate change conference concluded last week in Glasgow, one thing set it apart from all the other conferences before: The world’s bankers were there in force. In recent years, the world’s leading financial centers, and their regulators, have been talking a lot about climate change.

For all the attention to climate in the world of capital, investment dollars still too often aren’t moving in the right ways. In particular, the world of finance is flying blind on how the physical risks of climate change will affect the value of assets. When that changes there will be surprising, possibly massive, shifts in capital.

When bankers talk about climate change, they nearly always focus on the capital-intensive process of cutting emissions. That’s critically important, of course, and there’s some evidence that as attention to climate change rises, the share price of highly polluting assets slides. Markets are beginning to signal a transition to low pollution futures.

We must continue to urgently press ahead with deep cuts in emissions, but this alone misses the looming harms posed by climate change. The world is in for a lot of warming, regardless of the final communiqué from Glasgow. For capital, that means repricing the risks from all the physical impacts such as wildfires, floods, and droughts that will follow.

What Bankers Need to Do

Bankers must team up with policymakers to fix this problem. One area of reforms, already advancing and broadly supported, is robust mandatory disclosure of physical risk exposure. Regulators and asset managers must do more, including stress testing against extreme climate impacts. Central bankers, who are already doing some stress tests, must pay closer attention to how physical climate impacts could destabilize markets. Too many financial assessments either ignore physical risks altogether, or don’t explore the so-called “fat tails” of possible severe climate impacts — events that have low (but rising) probability but could be catastrophic. The science suggests the tails are getting fatter.

Another is a hard look at the ways that government policy actually invites firms and households to do dangerous things, like living in floodplains knowing that government will pay the cost when disaster strikes. Here, too, progress is being made — including with the new U.S. infrastructure spending program and big efforts in Europe to make societies more resilient in the face of climate impacts. Lastly, regulators and policymakers should identify pathways to work together in response. Mechanisms like expert and federal agency working group convenings are well-established avenues to share and incorporate best practices across governments and should be urgently employed.

Grasping the Scale of Climate Risk

It is easy to misunderstand just how quickly those dangers are rising. Already the world has warmed nearly 1.3 degrees Celsius above the pre-industrial levels. A new survey of the world’s leading climate researchers finds that half think the world is on track to warm by at least three degrees. Shockingly, that’s progress. Only a decade ago the worst case scenarios foretold much higher emissions that might cause twice that warming.

In the run-up to Glasgow, nearly all the world’s governments made new pledges to cut pollution that might shave warming a bit more. Unless there is widespread adherence to promises that are still not yet concrete policies, the Paris Agreement goal of “well below” 2 degrees is unlikely to be met. Glasgow delegates still largely embrace the aim of 1.5 degrees, even though few climate experts think that goal is in reach.

Ambition is important, but asset managers must be somber in evaluation and prepare for worse case scenarios. Yet only two years ago, a large survey of asset managers suggests they are doing the opposite. About 60% of the bankers say warming will stop at less than 2 degrees, despite managing portfolios consistent with 3 degrees.

How Climate Change Will Affect the Global Financial System

Over the last several years, we have led two teams of scholars, at the Brookings Institution and Environmental Defense Fund (EDF), who have looked closely and quantitatively at the ways climate change could affect the health and stability of financial systems across the globe. What we found is that the markets know a lot about the transition risks that will arise as the world shifts to pollution-free technologies. That transition is now underway, although efforts must dramatically accelerate.

Brookings research has concluded that where capital is flying blind, for the most part, is on how the physical risks of climate change, such as floods and heatwaves, will threaten infrastructures and other assets — whole countries, in some cases. These dangers are underassessed: Climate-related financial disclosures are about half as likely to look at the physical impacts of climate change compared with transition risks.

This does not mean that climate risks are unforeseeable. EDF research, conducted jointly with Columbia Law School’s Sabin Center, has identified specific, concrete steps that industry should undertake to gird for the physical harms created by climate change. Indeed, a whole array of new companies — along with existing companies that have new analytical techniques — is emerging to provide the information about risk that is needed. And when you look closely at places where those risks play out — for example, the extreme weather that shut the Texas grid last February, or the U.S. municipal debt markets that pay for much of the country’s infrastructure — the financiers are closed off from the information necessary to understand how climate will affect assets.

This is the challenge asset owners, and the trillions of investment dollars they manage, face. Financial systems must account for clear-eyed assessments of climate impacts. That means taking a harder look at the mounting physical risks posed by climate change.

Finally, the world must do a better job helping the communities that capital is leaving behind. One of the sticking points in Glasgow was how to deliver $100 billion dollars annually in new climate aid to developing countries — money long overdue. That’s important, as is more attention to spending that money well. But looking at the money that’s already flowing reveals the bigger problem: only about one-quarter is dedicated to the reality that the poorest societies are already facing big climate changes.