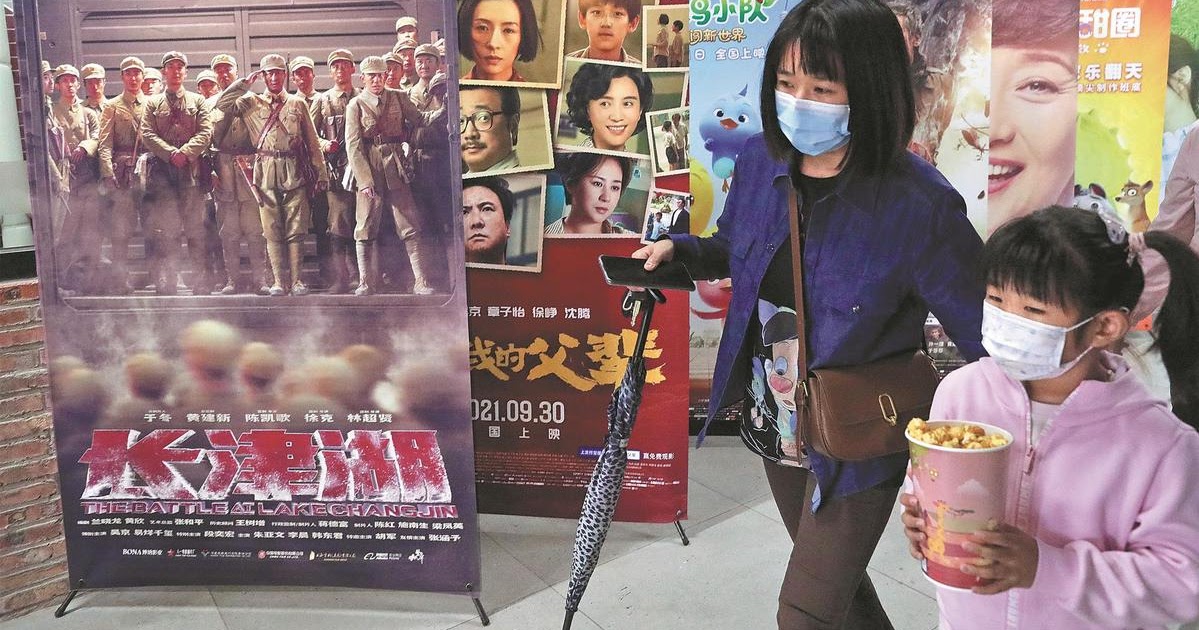 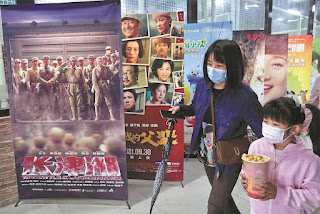 Its growth was slower than in pre-pandemic 2019, but the yearly total revenue still led the global box office markets.

Eight of this year’s top 10 earners at China’s box office are domestic productions.

Topping the yearly chart is the patriotic Chinese blockbuster “The Battle at Lake Changjin” which has earned more than 5.62 billion yuan since Sept. 30. It is the highest-grossing title so far this year, both in China and globally.

Jointly directed by Chen Kaige, Hark Tsui and Dante Lam, “The Battle at Lake Changjin” is set during the War to Resist U.S. Aggression and Aid Korea (1950-1953) and tells the story of Chinese People’s Volunteers (CPV) soldiers fighting bravely in freezing temperatures in a key campaign at Lake Changjin, or Chosin Reservoir.

The story of young warriors willing to risk it all to defend their motherland against the world’s best-equipped army, despite a lack of food and warm clothing amid the bitter cold, has moved many moviegoers to tears.

“The Battle at Lake Changjin” is set for release in the United States and Canada on Nov. 19, and in Australia on Dec. 2, according to an announcement by CMC Pictures, a distributor, via social media.

The only two foreign films in the top 10 are the U.S. productions “F9: The Fast Saga” and “Godzilla vs. Kong,” respectively ranking fifth and eighth, with 1.39 billion yuan and 1.23 billion yuan, respectively.