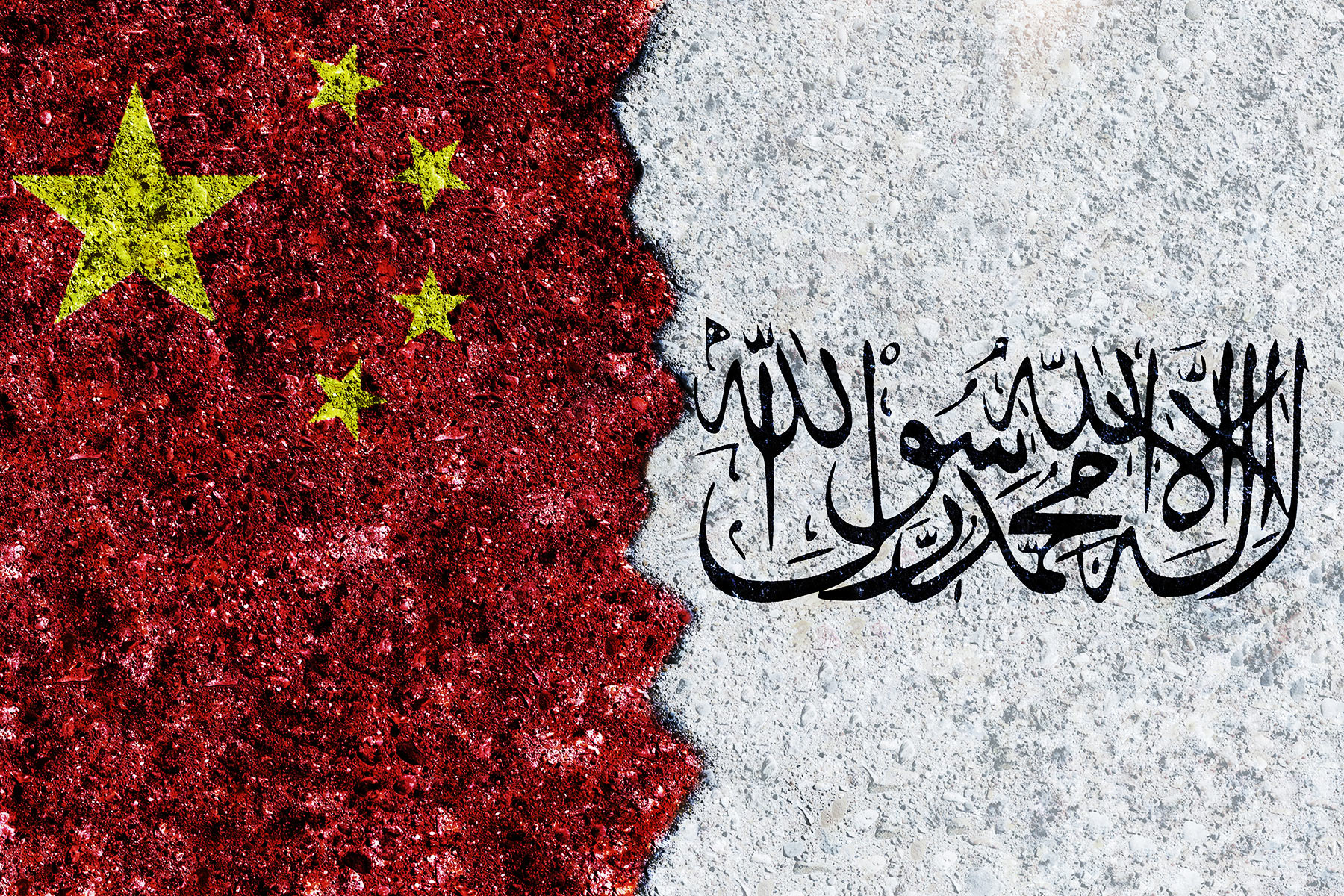 Under the leadership of President Xi Jinping, China has been transformed into a paranoid state fanatically motivated by ensuring security at any and all cost. This obsession stems from the desire to maintain the physical security of the Chinese mainland, to safeguard Beijing’s investments abroad and to protect the Chinese Communist Party (CCP) leadership from criticism, both external and internal.

This security complex is the reason for the increasingly authoritarian tactics employed by the CCP, including the ongoing genocide in Xinjiang intended to suppress Uighur separatism, and the creation of the largest surveillance system in the world to function alongside an Orwellian social credit system to control citizens at microlevel.

Can the Taliban Govern Responsibly?

The idea is simple: If the CCP controls everything and everyone, then security can always be guaranteed. Within China, this is mostly true. To the best of our knowledge, there have not been any major terrorist attacks within China in recent years, the economy has slowed but not halted, and there are no major social movements or actors who can contest the CCP’s authority. Brutal and authoritarian, the Chinese system of social fascism seems to have achieved its goals.

However, problems arise when China attempts to apply this absolute control to foreign policy. When eight Chinese nationals were employed by Zambia’s police force in 2017 as part-time officers, the strategy of exporting China’s authoritarian domestic policy seemed apparent. Zambia is home to major Chinese investment and a sizeable diaspora, prompting Beijing to attempt to exert control over it to ensure security following the same logic used on the mainland.

Zambians reacted with outrage, drawing parallels to European colonization. Ultimately, the officers were forced to resign, prompting Beijing to get more creative about how it imposes power so as not to cause backlash again.

Without a physical police presence on the ground, artificial intelligence provided the answer to Beijing’s needs. By 2019, according to Carnegie Endowment for International Peace, high-tech surveillance systems have been exported to over 60 countries — more than half of which had signed up to China’s Belt and Road Initiative (BRI)— deploying traffic cameras and facial-recognition technology. In Zambia, an investigation by the Wall Street Journal revealed that Huawei technicians allegedly helped the government to spy on and track down opposition figures.

It was a win for the Zambian leadership, which hoped to entrench its position further with Chinese support. But even if it did care to protest against China’s schemes to gain greater leverage over the nation, the authorities in Lusaka have little recourse as they are currently $6.6 billion in debt to China.

Of course, China promised Zambia it would be able to pay back this debt with unrealistically explosive growth through infrastructure expansion. But Zambia has struggled to come up with the money and finds itself stuck in what some have characterized as “debt-trap diplomacy,” a strategy of controlling a nation by first overpromising and straddling it with debt, then failing to deliver, refusing to participate in collective restructuring and finally seizing assets.

Some argue that China is simply an exploratory investor testing and prodding the markets, but the strategy has played out across dozens of countries to date, and a study of Chinese landing contracts by AidData, a research lab at William and Mary, reveals that the debt trap is both real and intentional. Chinese contracts include extensive non-disclosure agreements for the borrowing side and are “shrouded in secrecy.”

The authors state that “China is a muscular and commercially-savvy lender to developing countries” which doesn’t allow borrowers to participate in collective restructuring with Paris Club countries, concluding that “Default triggers of the sort we have identified in Chinese debt contracts potentially amplify China’s economic and political influence over a sovereign borrower.”

The strategy playing out in Zambia has resulted in resentment toward China, increased ethnic tensions, debt default and more concessions to China in order to pay back that debt. Not only this, but China’s policy in Zambia has only created a hostile environment for Chinese nationals as well. The fixation with controlling foreign nations through surveillance or debt has not led to an increase in security but instead fostered new forms of insecurity in host nations.

Pakistan is another example of this security dilemma. Even though China has flagged Pakistan as its key partner in the BRI, it is still being crushed under the weight of its $24.7 billion in debt. Again, Islamabad has downplayed this, stating that there will be great growth eventually if Pakistan keeps following the CCP’s lead, even if it means allowing China to lease the nation’s southern port in Gwadar for the next 40 years to be able to make payments on its loans.

In July, a bus traveling to a construction site in northern Pakistan was attacked by a suicide bomber, killing nine Chinese nationals. In August, Chinese engineers were targeted in a bombing that left two children dead in the port of Gwadar. Previously, in June 2020, gunmen attacked a stock exchange in Karachi, citing China’s exploitative investments in Baluchistan province as motivation for the attack.

The violence stems again from the unfairness of the Chinese contracts, demanding concessions that don’t benefit the local population but China’s bottom line. In Baluchistan, this means that China is mining resources like copper and gold while the impoverished Baluch people themselves see no dividends from the minerals they live atop of. They see themselves as being stripped of the bounty of their land and having to share their already meager electricity and water resources.

All the while, protests regarding China’s investments in Pakistan have continued, with local communities facing food shortages because of China’s exploitation of resources like fishing.

More Chinese investment, more concessions, more discontent, more insecurity: The more Beijing attempts to straddle its international partners with debt and use this debt to exert control over their assets, making decisions regarding economic development and forcing them further into China’s orbit, the more insecurity is created for both the host nations and the Chinese nationals there.

However, China has not learned its lesson and is now poised to double down on its mistakes again in Afghanistan. Just a few weeks before the Taliban seized control of the country in August, Chinese Foreign Minister Wang Yi met with the head of the Taliban’s political commission, Mullah Abdul Ghani Baradar. The meeting solidified China’s stance on the Taliban: They are the choice of the Afghan people, even if few of the people agree.

The truth is that the CCP is far from considering what the will of the people is, be it in Afghanistan, Pakistan or Zambia. What they care much more about is that the Taliban are the ones in charge and that the group desperately needs aid and international recognition, both of which China can provide. If China delivers on those important factors then, perhaps, Beijing can exert control, secure investments, combat terrorism and possibly extend its domestic crackdown to Uighurs living in Afghanistan.

The process has already begun. A group of Chinese business representatives landed in Kabul in early September. While Afghanistan remains on the brink of a humanitarian disaster, China seems to be looking into the future, to a day when Afghanistan is ready for its first surveillance cameras and debt. So far, Beijing has been among the first to start delivering humanitarian aid to Afghanistan.

It seems to be a match made in heaven, with Afghanistan’s geostrategic position serving as a great asset for the Belt and Road Initiative. Likewise, the nation has sizeable mineral wealth and could provide Chinese manufacturers with a steady source of much-needed materials for manufacturing. Deals have yet to be made between the Taliban and China, but the future looks bright from Beijing’s vantage point.

However, this scenario is only likely to materialize if the Taliban can be trusted and controlled. If history is any indicator at all, they cannot. Instead, the Taliban’s promises to the CCP will follow a long track record of saying what is most convenient to get what the Talibs want, then reneging on their promises as soon as it is safe to do so.

The Taliban did this in their negotiations with the former Afghan government, agreeing to talks, promising that they are looking for a diplomatic solution while waiting for an opportune moment to take Kabul by force. Again, they promised that when they come to power, they would respect women and minority rights but have already curtailed the rights of women and have begun ousting the Hazara from their homes.

Likewise, the Taliban had promised amnesty for all who collaborated with foreign militaries or the former Afghan government but have stated the commitment to return to their pre-2001 use of indiscriminate executions while running door-to-door sweeps for collaborators.

The problem is a lack of understanding — or a desire to understand — on the part of the CCP just who the Taliban are. Just as in Zambia, without considering the nation’s legacy of colonialization, China attempted to impose a police presence. In Pakistan, China’s indiscriminate exploitation of resources causes upheaval. Now in Afghanistan, Beijing makes deals with those who have committed countless barbaric acts of terrorism based on the belief that the Taliban will kowtow if given what they want: recognition, aid and money.

What the CCP fails to understand about its dealings in Afghanistan is that the Taliban are extremists. They believe that those who do not follow their interpretation of Islam are kufr — unbelievers. To them, unbelievers are fair game: They can be lied to, cheated, poisoned, killed; it doesn’t matter, for the unbelievers are going to hell regardless. This is why the Taliban will take what China has to offer, then turn around and open the door for al-Qaeda to train Uighur separatists in Afghanistan.

There are already signs that the Taliban are double-crossing the Chinese. The group’s new chief of army staff, Qari Fasihuddin, holds close ties to the Uighur separatist Turkistan Islamic Party (TIP). The new minister of the interior and current leader of the Haqqani Network, Sirajuddin Haqqani, also maintains close ties to al-Qaeda, which continues to train TIP Uighurs.

Whether or not these fighters or other Islamists have or will become active in Xinjiang is unknown, especially given China’s extreme censorship around criminal activity. But it is likely that they will pose a security risk to Chinese projects and nationals in Afghanistan just as insurgent groups do in Pakistan.

The reality of China’s alignment with the Taliban is that the Chinese Communist Party is purchasing a false sense of security. Beijing knows the Taliban are in control and believes it can hold them on a leash. What it doesn’t understand is that the Taliban are not pets, and that both China and the world at large are more insecure with terrorists in charge.