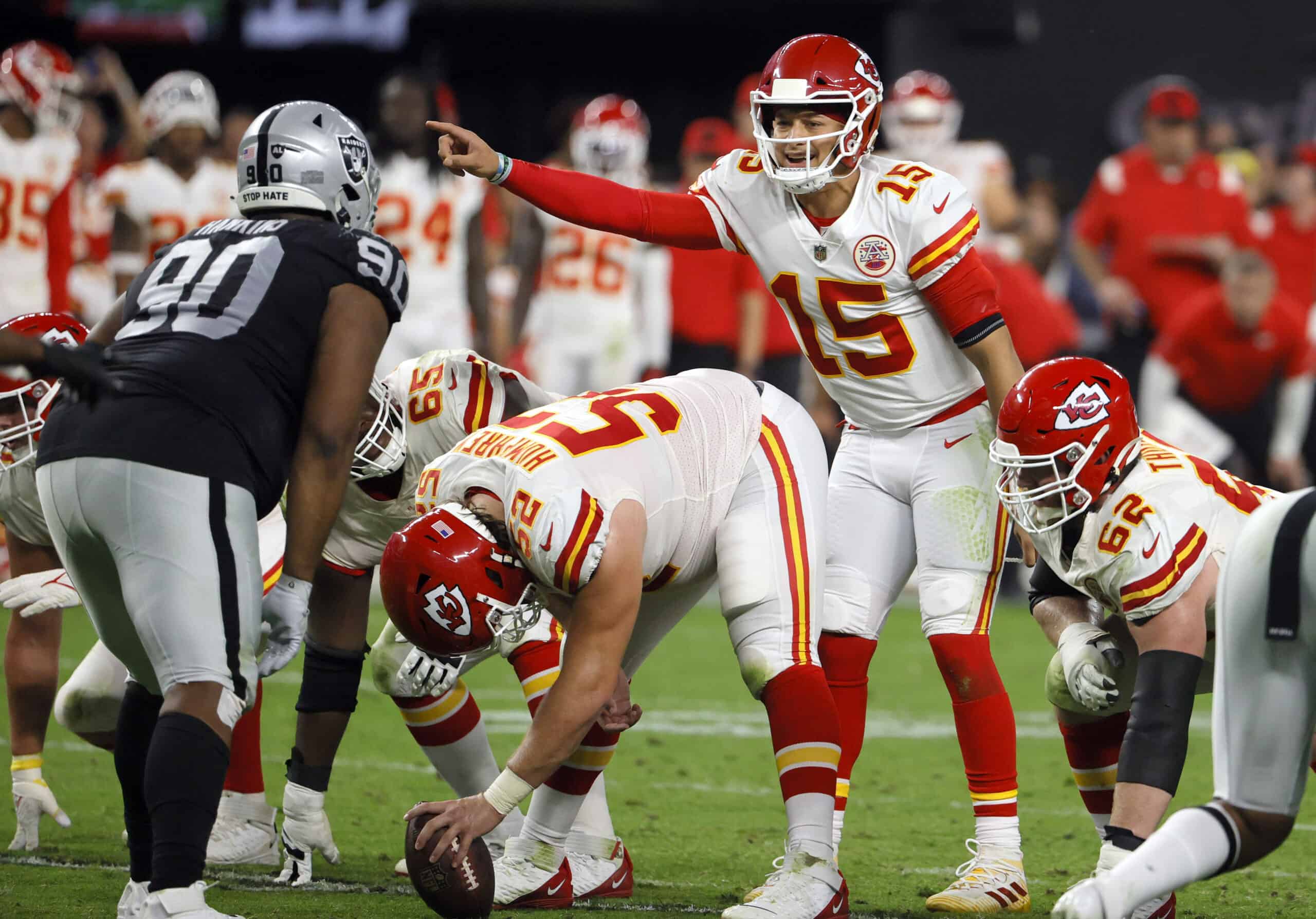 Earlier in the season, it looked like the championship window of the Kansas City Chiefs was already closing.

Their offense struggled during Clyde Edwards-Helaire‘s absence, and their pass rush on defense was close to non-existent.

How can a team that won it all two seasons ago fade away that quick?

At 3-4, experts wrote them off as legitimate contenders, making the AFC Championship up for grabs for a new team.

But the Chiefs regained their footing with three straight wins.

However, they barely survived in the first two victories against the New York Giants and the Green Bay Packers.

Yet they’ve finally arrived this season with their strongest performance to date on both ends of the field.

Mahomes Is On Target

The Chiefs are not dead, and they’re finally ready to compete for another crown.

More importantly, the leader of the band is playing good music once again.

Patrick Mahomes received much criticism for his sloppy performances during the first half of the season.

Patrick Mahomes is 11-0 in road division games in his career. Only Joe Montana (20 straight) and Peyton Manning (12 straight) had longer road division win streaks since the 1970 merger. pic.twitter.com/2iH94pSDav

Some say that he stopped playing hard after signing a 10-year, $450 million extension.

Others claim that his common mistakes during his time at Texas Tech were coming back to haunt him.

Even against New York and Green Bay, his performances were not convincing during their wins.

But Mahomes muted the naysayers with one stellar outing at the world’s gambling capital.

The Super Bowl LIV MVP pushed all of his chips against the Raiders, and his bets paid off.

He completed 70 percent of his passes for 406 yards and five touchdowns.

Those numbers made him only the third quarterback in NFL history to have three games with at least 400 yards and five scores.

He’s in great company because Joe Montana and Dan Marino were the other two quarterbacks in that category.

“I tried to warn you, America! Patrick Mahomes is back. … And all of a sudden, the Chiefs are back to being the scariest team in the AFC.” — @getnickwright pic.twitter.com/I98m04Xazz

More importantly, he did not throw any picks.

That’s a break from a brutal seven-game stretch wherein he threw 10 interceptions.

It has been two weeks since his last pick, which is a positive sign that his game is trending up.

The Chiefs defense looked lethargic for the first half of the 2021 NFL season.

Their pass rushers looked slow to generate sacks while their secondary gave up big plays.

Even if their offense found a good rhythm, the poor showing of Steve Spagnuolo’s crew spoiled the party.

But they looked like a rejuvenated crew against the Raiders.

Chiefs dominating defense update: No big deal, just the best* defense in the NFL in the last 20 years!

But Daniel Sorensen had the biggest jump by getting a pick off Carr.

The Chiefs’ safety has taken the brunt of the blame for the home run throws against them.

This time, he stole the ball from Carr to put an exclamation mark to their stellar effort against Las Vegas.

Head coach Andy Reid hopes that their defense will continue to leave their struggles behind and contribute consistently.

It looks like the Chiefs learned their lessons and are ready to dominate once more.

However, the path to the playoffs remains uncertain because the battle in the AFC looks tight.

They may be leading the AFC West now, but they are just a game in front of the Raiders, the Los Angeles Chargers, and the Denver Broncos.

That fake punt was too smooth not to share 🔥 @tommy_townsend

Kansas City will have to face the Broncos twice, plus the Raiders and the Chargers one time each.

Also on their schedule are the Dallas Cowboys, the Pittsburgh Steelers, and the Cincinnati Bengals.

The Chiefs are not out of the woods yet.

But if they continue to deliver a beating like in the Raiders game, the playoffs will be waiting.