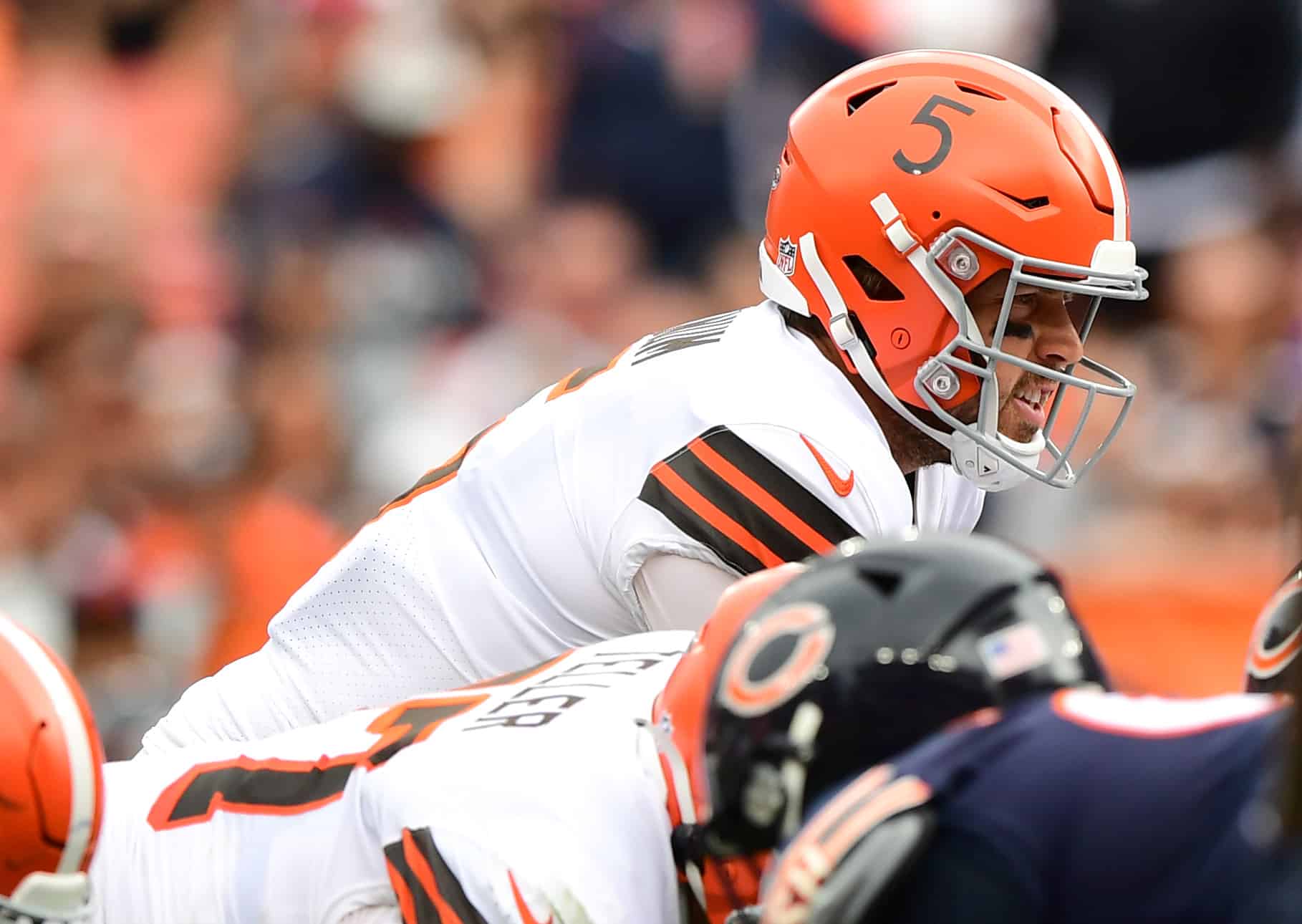 By now, everyone has heard that Case Keenum will be the starting quarterback for the Cleveland Browns on Thursday night.

He has been elevated to this status against one of his former teams, the Denver Broncos, because Baker Mayfield is dealing with a painful shoulder injury on his non-throwing arm.

Case Keenum will be the first quarterback other than Baker Mayfield to start for the Browns since Tyrod Taylor on Sept. 20, 2018.

Keenum is 33 years old and is an NFL veteran.

Speculation is already rampant that Keenum, if he plays well in Mayfield’s absence, can pave his way to a starting position as early as next season.

Keenum is in the second year of a three-year contract valued at $18 million.

Here are reasons why Keenum could vie for a starting job.

Tonight will mark the 8th different NFL team Case Keenum will start a game start for at QB.

He’s made roughly $50.6 million dollars in contracts in the NFL.

Keenum has been around the league for years.

It is surprising with his longevity that he started out as an undrafted free agent in 2012.

He spent the 2012 season on the Houston Texans practice squad before making the 53-man roster in 2013.

In addition to the Texans, Keenum was with both the St. Louis and Los Angeles versions of the Rams as well as the Minnesota Vikings, Denver Broncos, and Washington Redskins before joining the Browns.

He has worked with so many coaches, playbooks, and situations that he is able to easily adapt.

Keenum has a cool temperament but is a sturdy leader.

He has engineered 10 game-winning drives and six comebacks.

In his 10-year career, he has thrown 75 touchdowns.

Though not known as much for his running skills, he has also rushed for six touchdowns.

He has thrown 47 interceptions.

Keenum is a good solid quarterback.

He is not the glitzy and glamorous type like perhaps a Trevor Lawrence, but he is talented and capable of being a starting quarterback.

His best season was with the Vikings in 2017 (with then quarterbacks coach Kevin Stefanski) when he led the Vikings to an 11-3 record as the starter.

Don’t let Baker Mayfield being injured distract you from the fact that the Case Keenum and Kevin Stefanski went to the NFC Championship together. All is not lost.

The Vikings nearly got to the Super Bowl that year.

With all of that being said, there is one drawback for a team considering Keenum for a starting position.

Despite being in his 10th season, he has only completed one season as the starter.

In his glory year with the Vikings, he started in 14 games.

Beyond those two seasons, the next most productive season was in 2016 with the Rams where he started in nine games.

It is not exactly clear why this is the case.

Keenum had injuries in his early years in the NFL; concussion, hand and foot injuries, but nothing too far out of the ordinary given his position.

Keenum has the resume and longevity to vie for a starting quarterback position in the NFL.

At his age and stage of his career, it would have to be the right situation.

Given that the NFL is getting younger at the quarterback position (with a notable few exceptions who will be Hall of Famers: Brady and Rodgers), the odds are not exactly in Keenum’s favor.

But this is the NFL and anything is possible especially if he ends up filling in for Mayfield for a long stint and plays well.