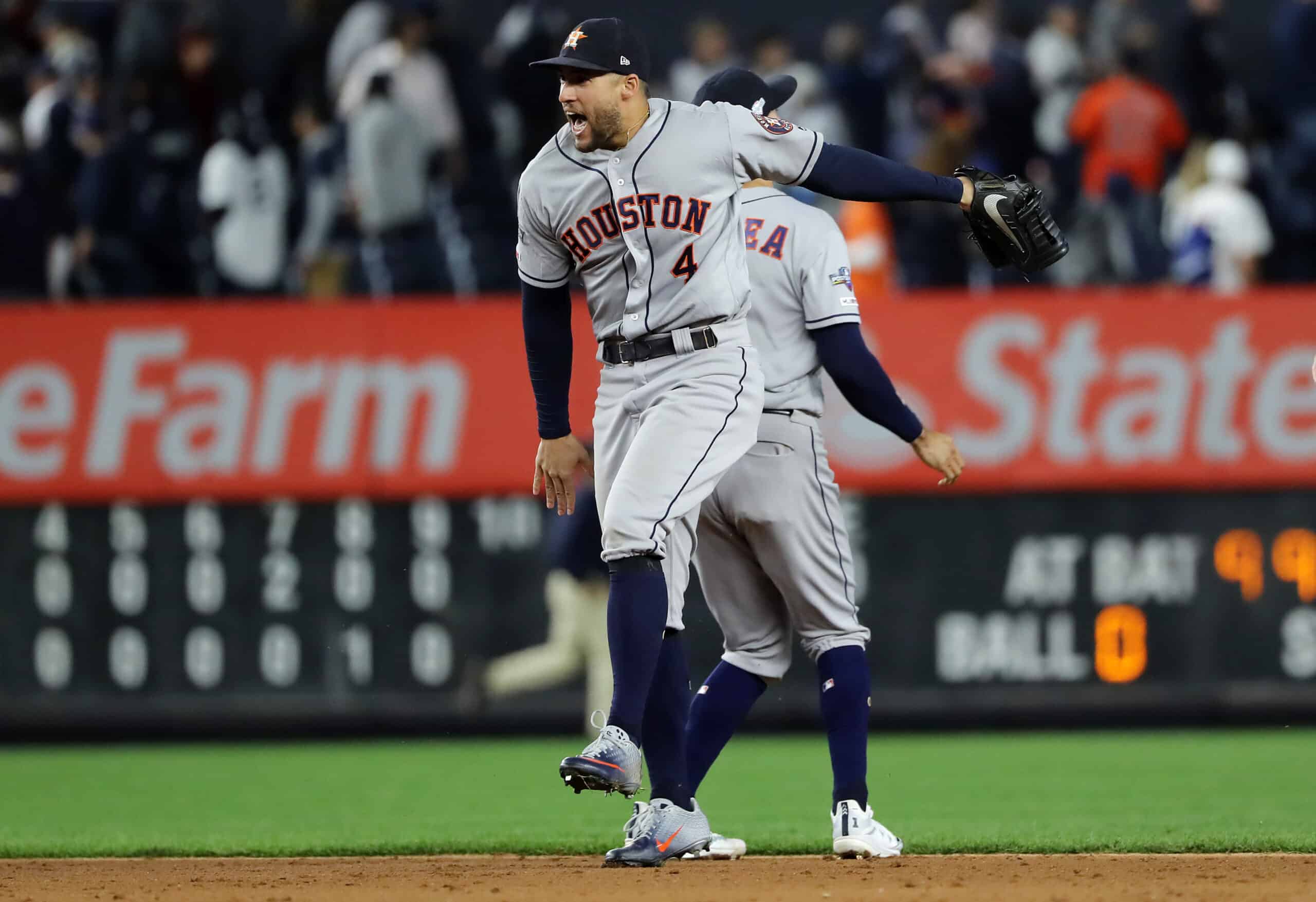 Carlos Correa is officially on the open market as one of the marquee players in free agency.

The New York Yankees have a glaring need at shortstop, putting them in the market for someone like Correa.

So what do Yankees fans think of such a pairing with a known enemy?

Plenty must already have reservations, and Correa doubled down this week with some strong comments about a Yankees legend.

Correa coming out and saying Derek Jeter did not deserve any of his Gold Gloves is quite the strong statement.

That is not a way to endear himself to the Yankees faithful and he may be doubling done on his lack of interest in the franchise.

That, or he is totally clueless.

A Bold Claim For The Free Agent

Correa is not the first person to call out Jeter’s defensive abilities.

But to do so this offseason is not the wisest decision.

Correa is already dealing with the fallout of being part of the Houston Astros team caught stealing signs.

Carlos Correa’s anti Jeter comments can only mean two things. He’s either trying to one up Chase Utley and become NYC’s most hated public enemy, or he’s wants to get the attention of Brian Cashman, a man who‘s never see eye to eye with Derek Jeter. It’s either one or the other. pic.twitter.com/RsDJU4UrBf

He is looking for the largest deal possible this offseason, and the Yankees are one of the few franchises without a real budget.

Even if Correa makes a point worthy of discussion, this was not the time to do it.

The Yankees have plenty of options including Corey Seager, Trevor Story, and Javier Baez, to name a few of the big names available.

The shortstop market is rich this offseason and we may now be able to remove Correa’s name from the Yankees’ list.

If was goal was to go into full villain mode, he surely achieved that objective.

All we need now is a response from Jeter to add some spicy drama to the MLB offseason before a potential lockout is put into place.