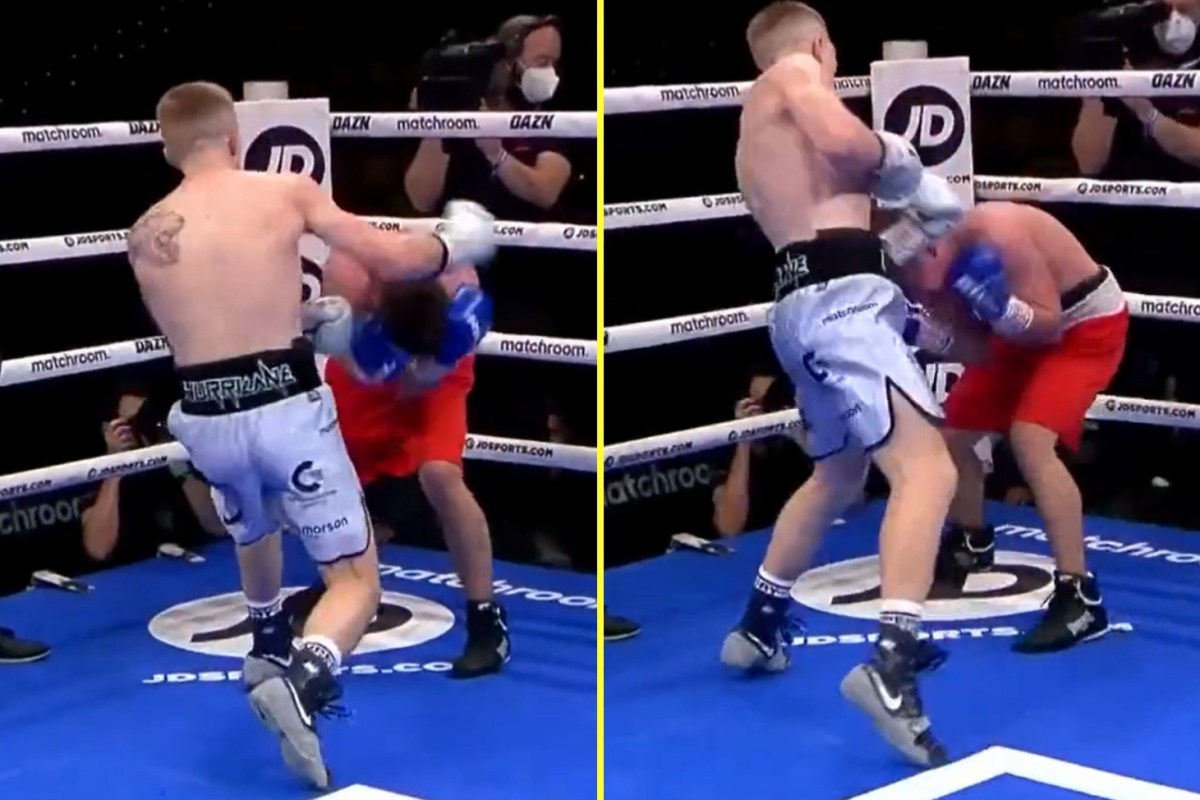 Campbell Hatton joked he stopped his opponent ‘by accident’ on Friday nitht in his first since September on the Anthony Joshua undercard.

Hatton, the son of British legend Ricky, was booed at the Tottenham Hotspur Stadium after a contentious win against Sonni Martinez.

Yet the 20-year-old bounced back in scintillating style away from prying eyes as he stopped journeyman Attila Csereklye in Bilbao.

Looking noticeably thicker, the lightweight scored three knockdowns in the fight and started the damage with a smart right hook to the head.

A brilliant left hook combo to body and then head (which looked eerily like his father) resulted in the second knockdown and it became clear Csereklye, 25, was overmatched.

A left uppercut in the second round closed the show and Hatton admitted he was delighted with the result.

“About time innit,” he told DAZN. “You know, I’m buzzing.

“I’ve just shown there, and I think you can see from the start, I weren’t trying to stop him.

“I was being a bit more patient, trying to make him miss a bit more and use my jab it happened by accident!

Promoter Eddie Hearn took some flak for putting the novice on such a huge card in September and at such a high billing.

Yet the Matchroom Boxing chairman Tweeted: “Good stoppage win for @CampbellHatton – perfect learning experience on the road in Spain.

“Lots of activity and experience to come in 2022.”