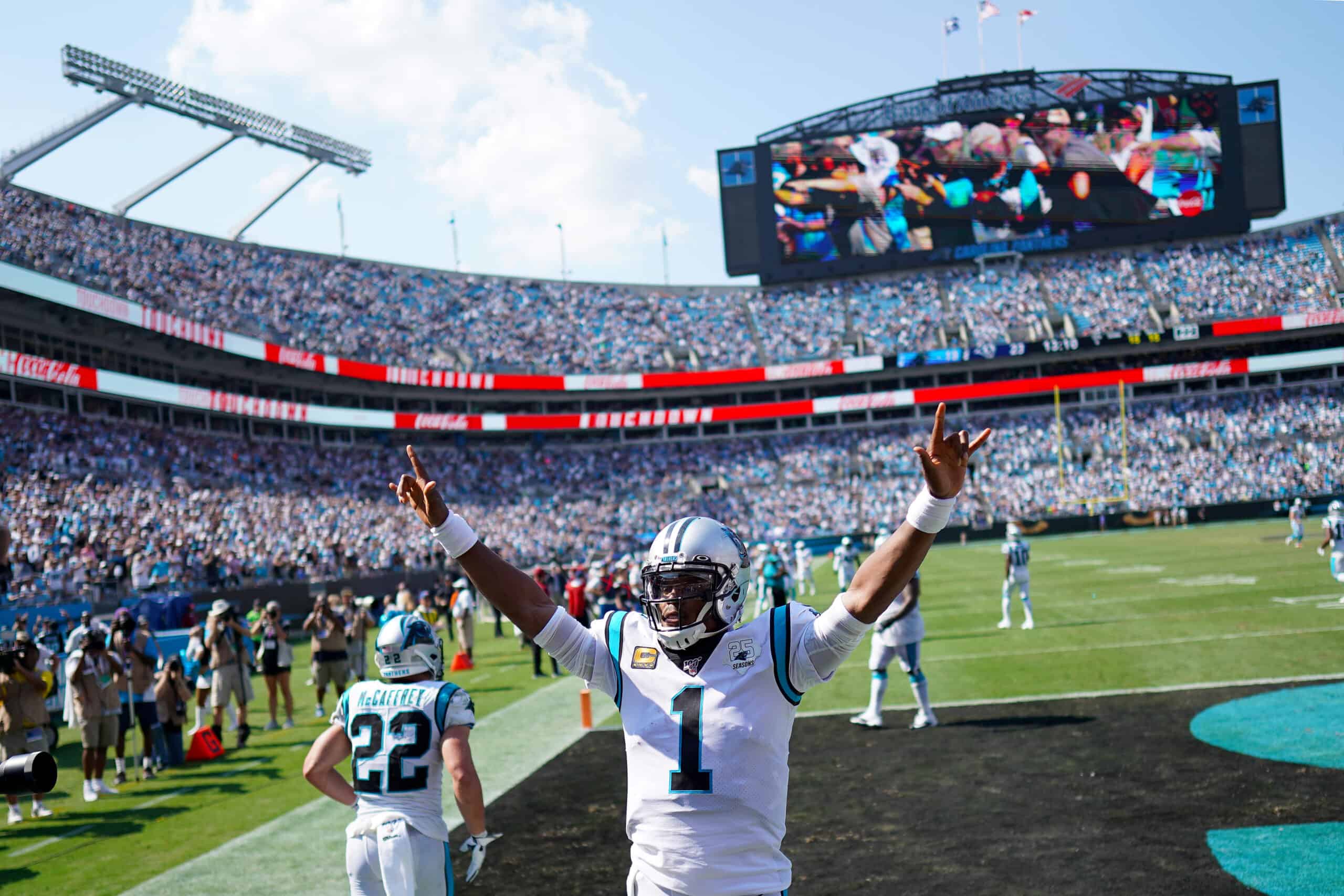 Cam Newton is coming home to the Carolina Panthers and that was just one of the bigger stories from the NFL world on Thursday.

It was a wild day.

Newton signed to be the starter for the remainder of the season, starting next week, and is looking to get his Panthers back to the postseason.

It is a fun homecoming and fans have to be thrilled after seeing Sam Darnold get worse and worse as the year went on before leaving with his current shoulder injury.

One individual who is certainly thrilled is Greg Olsen, who is a former teammate of Newton’s with the Panthers.

The current FOX analyst only had great things to say about his former quarterback returning home.

“I’ve been clear on the impact [Cam Newton] has made on my career. He’s the best thing to ever happen to me, on and off the field.

I am thrilled. I am jacked. I can’t wait to see what he does.”

Olsen began his career with the Chicago Bears before joining Carolina in 2011.

That was the same year Newton showed up and the two were together all the way through 2019.

Fans being excited about Newton returning to the Panthers is one thing.

Such a ringing endorsement from Olsen speaks volumes and it is touching to hear him speak on how special this return is for the franchise.

Ownership spoke it into existence and some bad quarterback play from Darnold made it a reality.

Olsen’s career may have been much different without Newton.

Sure, he had some success in Chicago, but they traded him in 2011 for a third-round pick.

Without Newton, he may have never been an All-Pro or launched a media career following a long and successful NFL career.

Now he gets to watch his friend play for the Panthers again and can continue to hype him up in his role as an analyst.