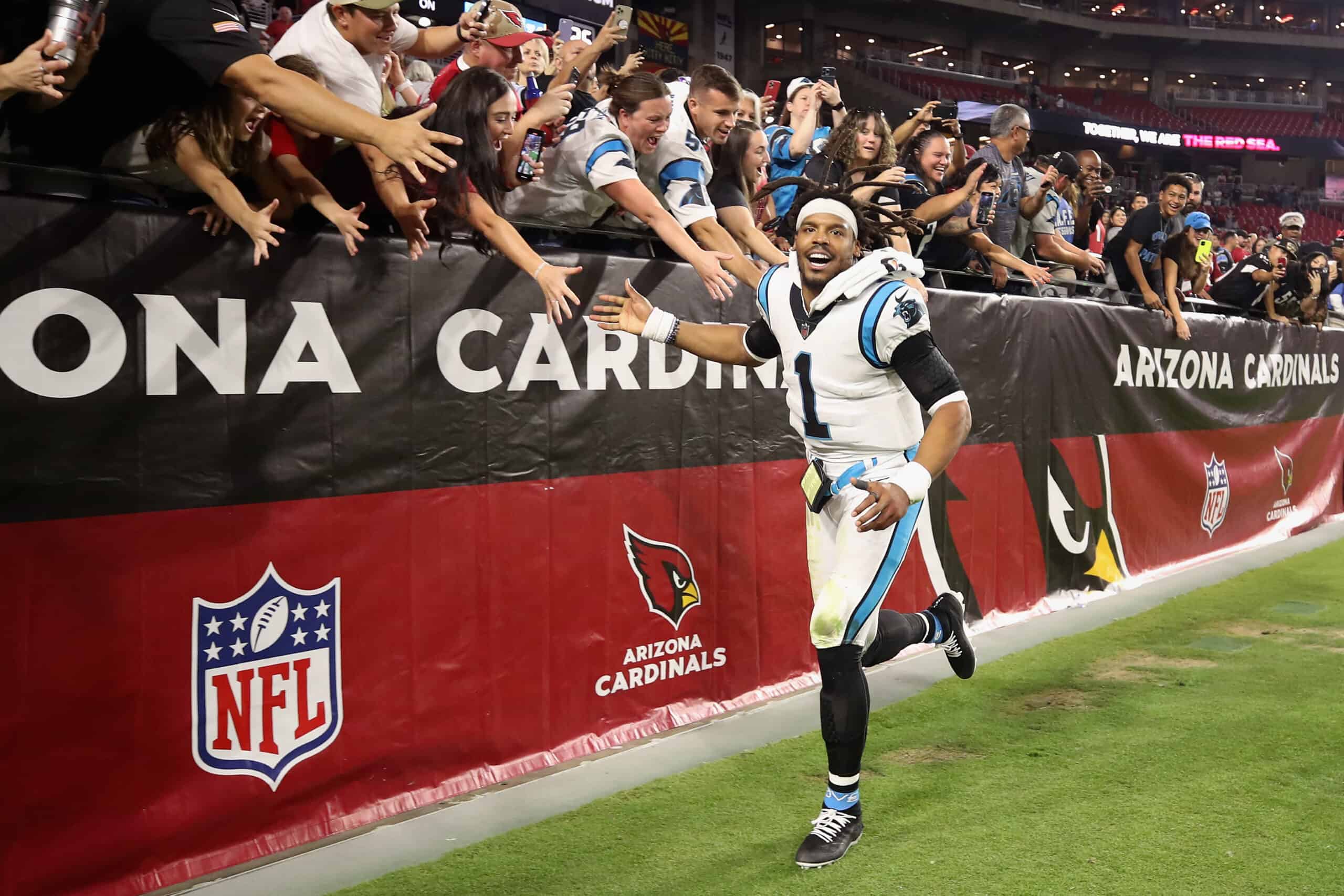 The Carolina Panthers did not bring Cam Newton back to sit on the bench.

He is getting $4.5 million in guaranteed money for the remainder of the season.

He is going to start.

P.J. Walker got the nod Sunday, but Newton did come in and score two touchdowns in a matter of minutes in the first quarter.

Head coach Matt Rhule still isn’t coming out and saying the veteran is the starter in Week 11 against Washington, but he did make a note about practice that points toward the obvious.

Panthers’ HC Matt Rhule said he will give Cam Newton most of the first-team reps at practice this week, which placed him square in line to start Sunday against the WFT.

Newton getting most of the first-team reps means he is going to start.

While a two-quarterback package could work, he is just getting paid too much and is too good to be thrust into some gadget-play role.

Matt Rhule: “I want everything that Cam brings. I don’t want Cam light.”

Hoping For A Happy Ending

The first goal for the Panthers was to find a better quarterback than Sam Darnold.

His injury opened the door for Newton’s return, so that box is checked.

Now the focus is on getting to the postseason.

As it stands right now the Panthers hold the seventh and final spot in the NFC with a 5-5 record.

After them comes four teams with four wins, and four more with three wins.

So the race for the Wild Card spots is wide open and the Panthers have plenty of competition.

The next two games come against Washington and Miami, so a worst-case scenario should see the Panthers at 6-6.

7-5 is the goal now that Newton is in as the starter, or at least he should officially be soon.

Then comes the real test with a finish against the Atlanta Falcons, New Orleans Saints, Buffalo Bills, and the Tampa Bay Buccaneers twice.

If the Newton magic is truly back, the Panthers could end up spoiling postseason dreams for other teams on their schedule.