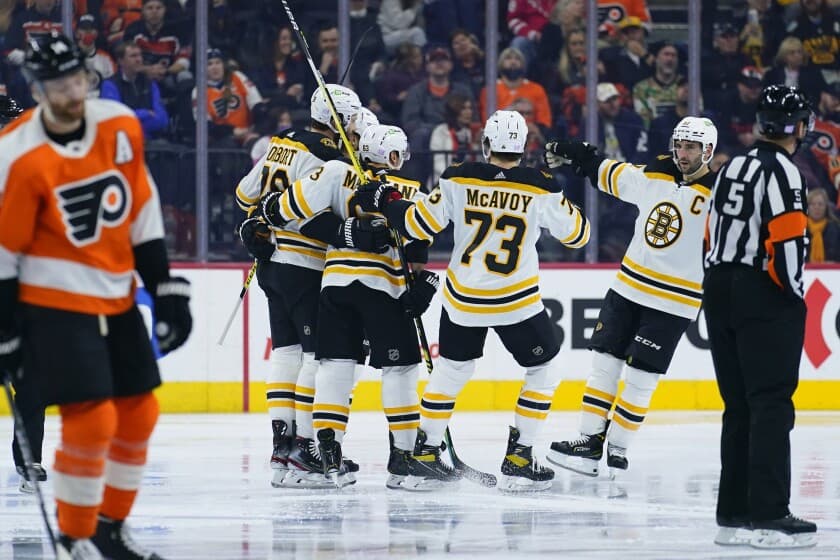 The NHL has gifted us yet again with another staggering two Bruins games this past week. Fun fact, the Patriots actually had played more games than the Bruins last week before Saturday. But thankfully, the two games the Bruins played have given us more things to talk about. And those things really still do not give a definative answer on what the Bruins are this season.

No Seriously, What Are These Bruins About?

For the past few Broons Weekly Updates, I had talked more and more about how the Bruins were finding their identity. I had thought that after a decent stretch of play, they may have found it, but after another bad game against a Western Canadian team, I’m just not sure. The Bruins are not a bad team, there is just something off putting about them. This Bruins team is absolutely not bad, they have playoff potential, but do they have what it takes to meet that potential?

The Bruins are winning games that they should be. They beat up on teams below them in the standings and grind out games against teams close to them in the standings. But against top teams, Boston just does not look like they stand a chance. Last week, I talked about how Connor McDavid and the Oilers walked over the Bruins, and now Johnny Gaudreau and the Flames did them same.

Was it just that the Flames were that good? Their defense is honestly suffocating. Or is it just that Boston has no answer for solid teams? It feels as though Boston is constantly scrambling in their own zone, even in winning efforts. Constantly this season there have been goals given up by Boston right after they themselves have scored. And when that happens, it almost seems as though the offense begins to fall flat as well.

What has changed this season for Boston is depth scoring. In the last few stretch of games, it almost seems as though the entire depth chart had been getting on the board. I mean, Derek Forbort had a two-goal game against Philadelphia. If that does not count as consistent depth scoring then I do not know what is.

You have Jake DeBrusk looking as though he’s having a rebound year and Craig Smith giving it 110% even though he dropped down on the depth chart to the 3rd line. Boston is getting scoring from everywhere and that is a key part of a successful hockey team. One of the main reasons why Boston has not been able to break that second-round threshold since 2019 has been their lack of depth. And now, they finally seem to have it.

This is the main reason why the Bruins are still a playoff team in my eyes. Without this wave of depth scoring, I’d honestly have little hope for another Bruins playoff run in 2022. The Bruins have half of what makes a great hockey team right now. They now have to find a solution for the other half.

How Can They “Fix” The Defense?

Obviously whatever Bruce Cassidy is doing with the defense this year is not going super well. It may be time for a change, but how much of a change? One of the big things changes fans seem to want is a trade for a veteran defender. But just who exactly should Boston go after? In this situation, I think that P.K. Subban may just be the best fit. He has fallen off dramatically over the past few seasons, but his talent is still there. And with New Jersey bringing in Dougie Hamilton, Subban’s time in Newark may be coming to a close this season.

The main red flag with this potential trade though would be Subban’s contract. For the player he is now, it’s waaaaay too expensive. If Boston were to make this trade, I would hope they get New Jersey to retain part of that contract. But even then there’s no guarantee that the trade would be worth it. The defensive problems could be bigger than just one piece missing.

It might be time to mix things up a little bit. Like I don’t know, play your two best defenders on the same pairing? Charlie McAvoy and Matt Grzelcyk have worked perfectly in the past, but Bruce Cassidy has gone on record saying that he wants to “spread the wealth.” Funny that he’s willing to do that with the defense but not the offense. Perhaps the Bruins could benefit from a top-heavy pairing like they do with their top-heavy first line. It could maybe even help give Boston’s back end an identity.

Hi, I’m RJ Oakley and I’m the Bruins beat writer here at Belly Up Sports. Check back here and follow me on Twitter for news and discussion on the B’s. Be sure to follow Belly Up Hockey as well for all your NHL needs!