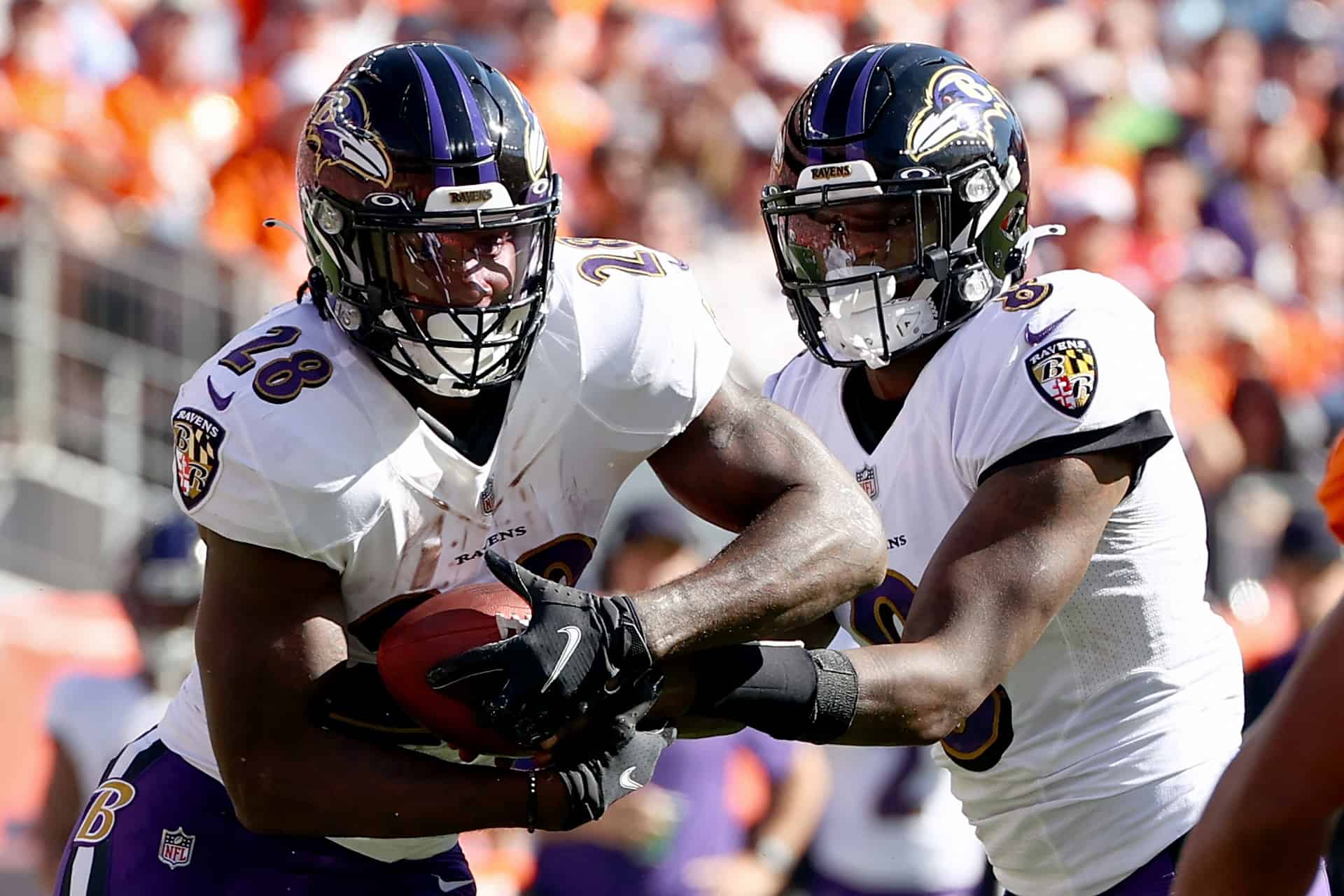 The nine-year veteran out of Michigan State played in five games for Baltimore and finished with two touchdowns.

However, releasing Bell won’t have a drastic effect on the Ravens’ run game.

this hurts, but it’s been a blessing to be here to say the least, i’ve enjoyed every second of this short period & gotta whole new meaning of what this city is like & it’s a great place to be 🖤💜 I appreciate Eric Decasta & John Harbaugh for the opportunity to be called an Raven pic.twitter.com/428poGYsNO

They also have one of the best dual-threat quarterbacks in the league.

With Bell gone, here are the players left in Baltimore’s punishing backfield for Week 11 when they visit the Chicago Bears.

The Baltimore Ravens leaned on Ty’Son Williams early in the season after the team lost Gus Edwards and J.K. Dobbins to injuries.

That’s why he had decent performances against the Las Vegas Raiders and Kansas City Chiefs in Weeks 1 and 2, respectively.

Williams had 65 yards against the Raiders and 77 versus Kansas City.

The rookie from BYU also scored his lone touchdown this season against Las Vegas.

However, his role in the Baltimore offense diminished since Week 3, and he played in just two games after their game against the Detroit Lions.

He may not be the Pro Bowler he once was, but Devonta Freeman can still produce yards and touchdowns.

He has played in eight of Baltimore’s nine games and has two rushing touchdowns.

But unlike Williams, his production picked up as the season progressed.

Devonta Freeman averages 3.4 yards before contact and 1 of 2 backs in the top-25 in YBC with a double-digit missed tackle rate.

Freeman only had seven carries for 42 yards in his first four games with the Ravens.

However, he surpassed that total in just one game when he finished with 53 yards against the Los Angeles Chargers.

His best game with the Ravens came in Week 9 versus the Minnesota Vikings.

The eight-year veteran had 13 carries for 79 rushing yards and a receiving touchdown in that game.

One team’s trash is another team’s treasure, as Latavius Murray has become a steady contributor for the Ravens after his release from the New Orleans Saints.

Murray played in six games and has 212 rushing yards.

While his 3.6 yards per carry average isn’t eye-popping, the one-time Pro Bowler already has four touchdowns to his credit.

A look at Ravens RB Latavius Murray back at Wednesday’s practice pic.twitter.com/SFZK3BWUy5

Baltimore’s Week 4 win over the Denver Broncos is his best game this season as he finished with 18 carries for 59 yards and a touchdown.

However, his availability for the Bears game is still questionable due to his ankle injury.

Murray returned to practice on Wednesday but had limited participation.

No other NFL quarterback can brag that they are the focal point of their team’s passing and rushing offense.

That’s why Lamar Jackson deserves to be a strong contender for league MVP despite their loss to the Miami Dolphins.

Aside from making throws downfield, Jackson also led the Ravens’ run offense in seven of their nine games.

He has had two 100-yard rushing games and two rushing touchdowns.

Both of those scores came during his first-ever career victory against the Chiefs.

Jackson is on pace to become the only quarterback in league history to have three 1,000 rushing yard seasons.

However, he missed their Wednesday practice due to a non-COVID illness and remains questionable for their Week 11 game at Chicago.