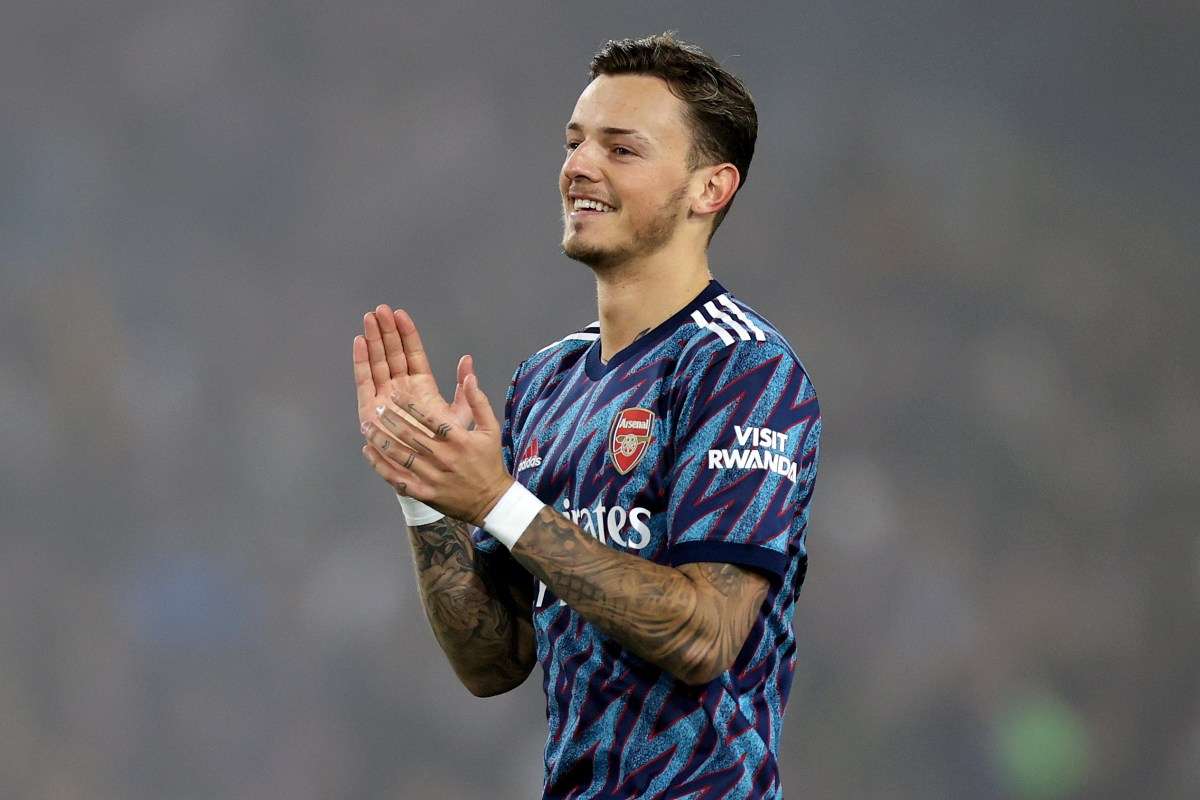 If you were a Spurs fan and you designed a defender in a laboratory with the purpose of extending Arsenal’s brittleness, it would probably look like Ben White (£4.0m).

Even in a footballing sense he ticks some of the saboteur’s boxes – by centre-back standards he’s quite slight and vulnerable in the air.

But here’s why the old adage ‘don’t judge a book by its cover’ is as pertinent as ever, and why the stereotypical traits of a solid defender as defined by balding ‘proper football men’ are actually nonsense – White is brilliant.

Gunners fans would have been fearing the worst when Granit Xhaka (£1.3m) was sent off after 24 minutes at Anfield last night.

Arsenal’s post-Wenger years have been hampered by a soft underbelly, a certain degree of farce that has undermined the undoubted talent of their squad – the Swiss midfielder’s red card was a perfect example of how this plays out on the pitch.

Except, where before such an incident would spark a collapse, last night Mikel Arteta’s side held firm to deny Liverpool and secure a hard-earned draw in the Carabao Cup semi-final first leg.

It was a performance full of heart, fight and determination.

And White was at the heart of the resistance, maintaining his composure and concentration in a way that often eluded his immediate predecessors.

The likes of Shkodran Mustafi, Per Mertesacker, Laurent Koscielny and David Luiz would often be faultless for 80 minutes then drop a clanger out of nowhere and it was this frustrating tendency that many supporters believed to be the club’s primary weakness.

In the opening game of this season, White was bullied by Ivan Toney (£3.3m) as Arsenal lost to Brentford and it seemed as if the £50million signing was the opposite of what the club desperately needed.

However, from September onward the England international has provided solidity and reliability, not through aerial dominance or last-ditch slide tackles in the classic mould of Jack Charlton, but through impeccable positioning and a natural calmness.

And of course, he is majestic in possession, a very modern centre-back in the way he carries the ball confidently into midfield when given space.

His comfort in possession has also allowed Arsenal to play out from the back without the sense of impending doom that has previously marred Arteta’s tenure.

It may be too early to say as there have been some false dawns in recent seasons but it does feel as if Arsenal are moving in the right direction while developing into a more resilient character.

There are steps still to be taken of course, let’s not forget they succumbed to Nottingham Forest in the FA Cup just last weekend.

Xhaka surely has to be replaced by someone less likely to undermine his team’s efforts with a moment of madness and some other vestiges of the error-riddled era have to be addressed, but White is exactly the kind of player the new era should be modelled on.

From a Dream Team perspective, the ex-Brighton defender is an increasingly appealing option.

He deservedly scooped the Star Man award at Anfield to pouch 13 points, his joint-best match haul of the season.

White now has 79 points overall and is currently the 15th-best asset in his position.

And he’ll only continue to rise up the rankings if he maintains his recent form – he’s produced 36 points in the last six Game Weeks.