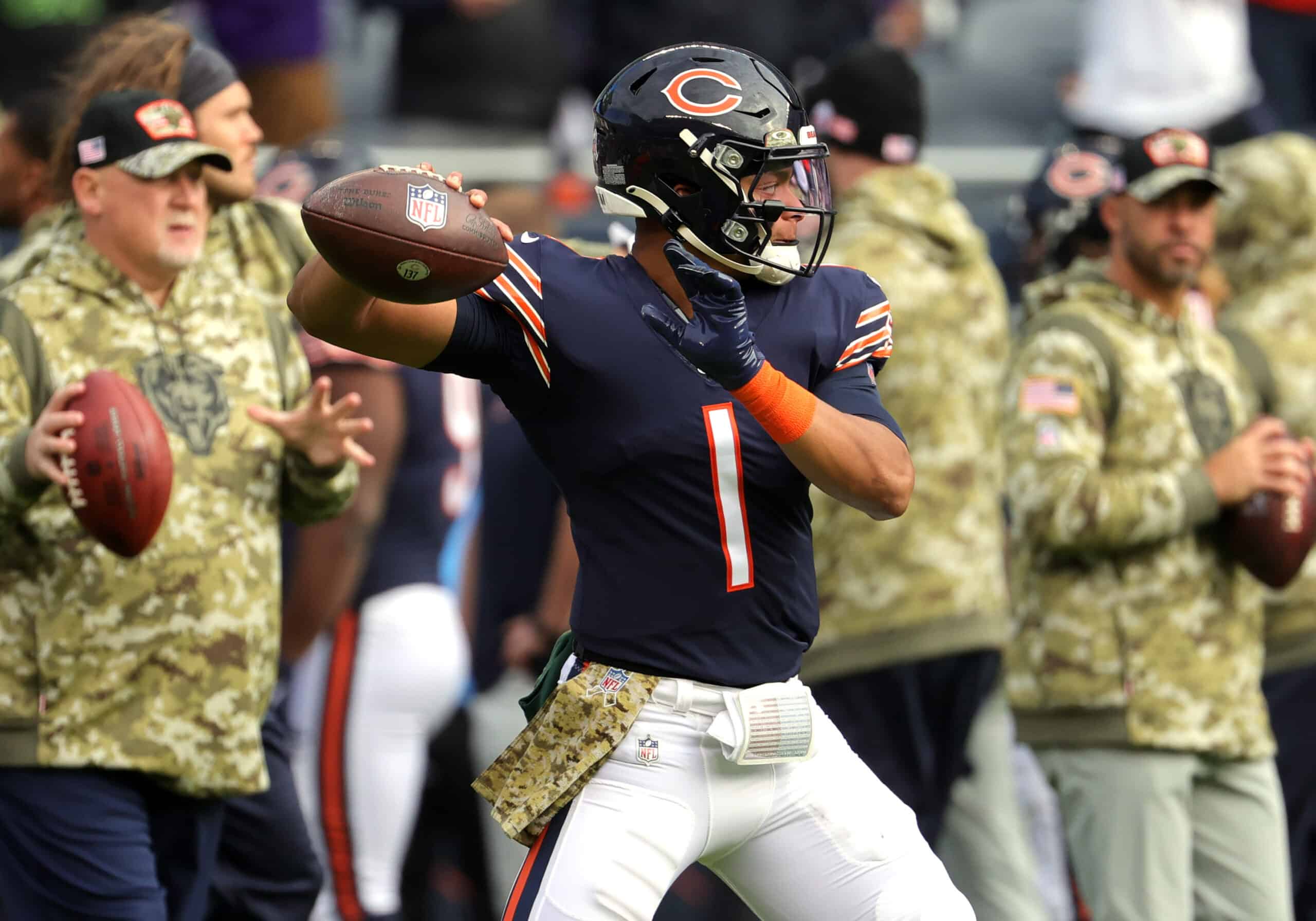 The Chicago Bears had a win locked up Sunday against the Baltimore Ravens.

Then came a total defensive breakdown against Tyler Huntley that led to a late, 16-13 defeat.

Worst of all, Justin Fields was knocked out of the game with a rib injury.

The loss drops the Bears to 3-7 on the year which does not eliminate them from playoff contention entirely, but it sure does make the road ahead difficult.

Luckily, they have an easy opponent in the Detroit Lions.

The teams are set to meet up Thanksgiving afternoon in what should be an easy win for the Bears.

One thing the team should not even consider is starting Fields.

A reminder: It makes ZERO sense for the #Bears to rush Justin Fields back four days after hurting his ribs.

Not only is it a short week for anyone recovering from injury, but the Lions are very, very bad.

Throwing the rookie on the field when Andy Dalton is available this week would not make any logical sense.

From @GMFB: #Bears QB Justin Fields had negative X-Rays and the belief is he suffered bruised ribs with more tests coming. Meanwhile, the #Cowboys are likely without their two top WRs on Thursday. pic.twitter.com/w6Ijhb4QUn

Where The Franchise Stands

Matt Nagy and the Bears are desperately chasing a playoff berth.

He should be on the hot seat and the only saving grace for him this year would be major development from Fields.

Yet injuries happen and he can’t put the rookie at risk when the opponent is already a weak one.

Having him play hurt may only lead to more mistakes, further injury, and potentially an embarrassing loss.

A loss to the Lions on national television may be enough for the Bears to cut ties with Nagy, no matter who starts at quarterback.

Right now, Dalton gives the team the best shot to win and did just throw two touchdowns Sunday against the Ravens.

Him pulling off a win gets the Bears to 7-4 and avoids a disastrous loss.

It also looks good for GM Ryan Pace, who brought Dalton in this offseason as the supposed starter.

But getting Fields hurt even more?

That would be a doomsday situation for Nagy and the entire organization.