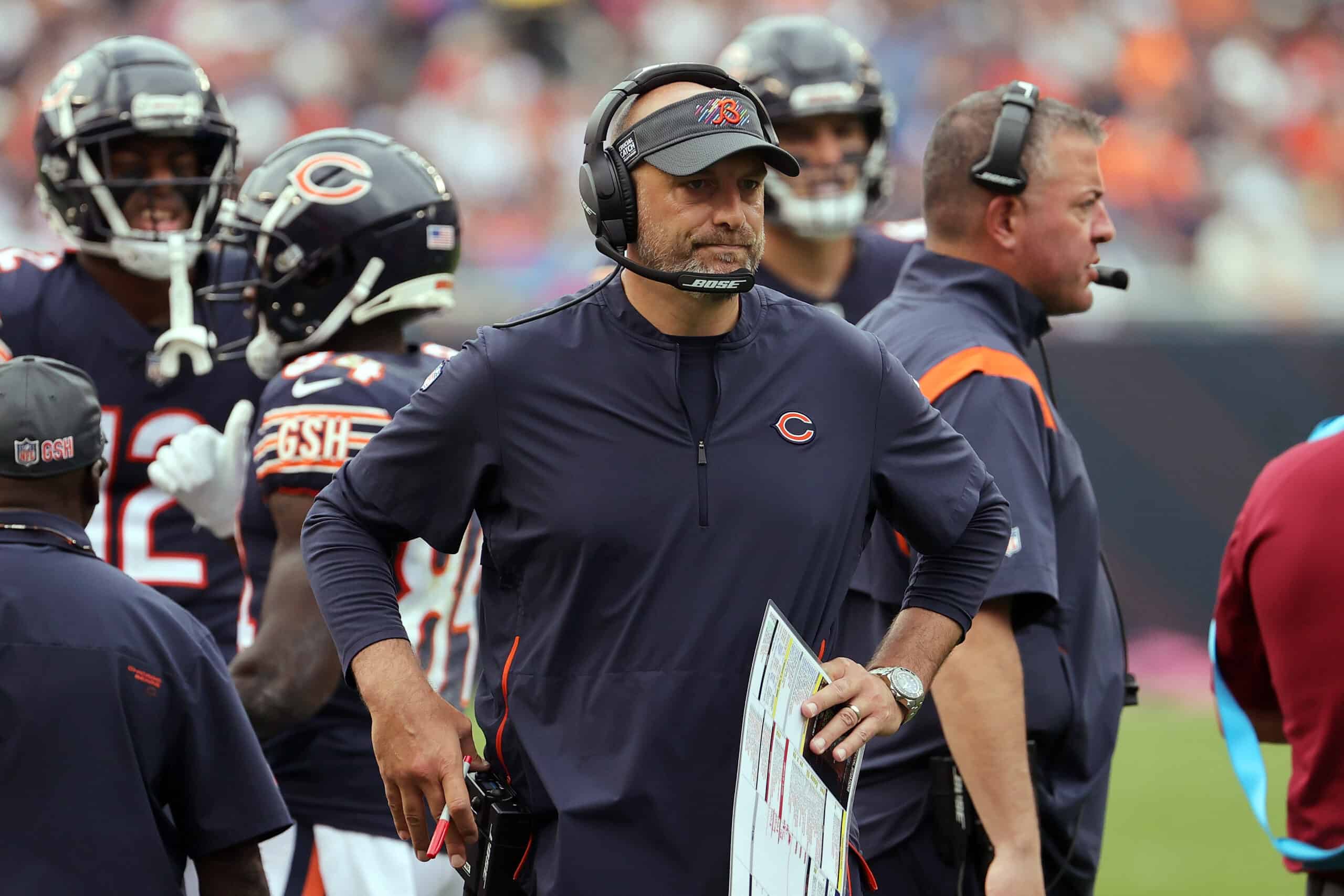 Chicago Bears fans may have officially seen enough from Matt Nagy in Week 11.

His team blew a late lead to a Baltimore Ravens offense that was without Lamar Jackson and the already slim playoff hopes faded away in an instant.

Next up is a Thanksgiving matchup against a Detroit Lions team that should represent an easy victory.

But for Nagy, it may be too little too late.

His report claims Nagy has already been informed of the decision as well.

We will know later if @Konkolskorner‘s source was right about Thursday being Matt Nagy’s last game coaching the #Bears.

It’s tough to second guess a Pulitzer Prize winning journalist, but you would think one of the national media guys would have this scoop too.

A Major Transition In Chicago

It is easy to disregard a scoop like this if it does not come from a national NFL reporter.

But Konkol is no amateur, so it would be shocking for him to put out such news just for clicks.

Let’s say this is true and Nagy is gone after Thursday’s game.

That ends a tenure where everything started great, only to go downhill.

The Bears after wishing Matt Nagy a ‘Happy Thanksgiving’ pic.twitter.com/WFV8oLnW5f

The Bears went 12-4 in 2018 and should have won a playoff game if not for the infamous “double doink” field goal.

Then came consecutive 8-8 seasons in which Mitchell Trubisky‘s future with the franchise was put in question.

He was let go last offseason and Nagy got another young quarterback to develop in Justin Fields.

Yet Fields has only shown small flashes of success and the Bears are 3-7 this season.

A coach can only make so many excuses before change has to be made.

To be fair to Nagy, GM Ryan Pace should be fired if the coach goes because he was the one picking the players.

We will see if this report comes true.

If it is, Thursday is going to be an awkward game for the Bears that could now result in a surprise loss.