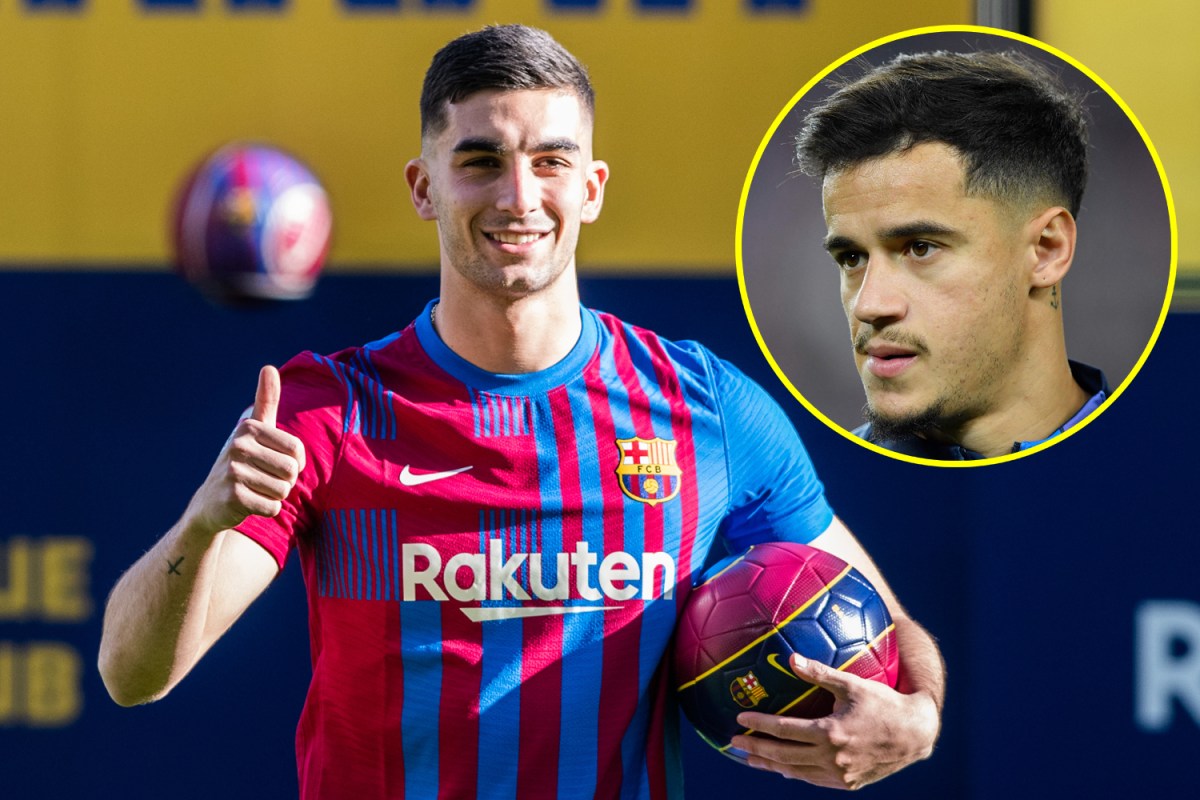 Barcelona shocked much of the footballing world shortly after Christmas when they confirmed the blockbuster Torres deal less than a year on from president Joan Laporta announcing the club were in £1.2billion worth of debt.

The deal though was seen to be a smart piece of business, managing to snare a Spanish international from one of the world’s richest clubs, but Torres is yet to play for his new side.

Much of Barcelona’s current issues surround their ill-advised spending over the past decade, bringing transfer record signings on astronomical wages only to see players fail to live up to their billing.

One of those names was the third most expensive player in the world, Coutinho, who the club finally managed to shift on loan to Villa this month.

However, that deal has failed to free up enough space to fit new signing Torres under the club’s salary cap, as confirmed by sporting director Mateu Alemany.

“We can’t register Ferran Torres yet, Philippe Coutinho loan to Aston Villa is not enough,” he said.

“But we now have operations underway in order to register Ferran – talks are ongoing.”

A number of the club’s Spanish internationals such as Gerard Pique and Sergio Busquets took salary cuts in the summer to enable the team’s greatest ever player, Lionel Messi, to re-sign.

Barcelona’s financial crisis was unmanageable though, and led to Lionel Messi joining Paris Saint-Germain for free, before Antoine Griezmann later followed him out of the door for nothing, joining Atletico Madrid on loan.

The Catalan giants have seen an upturn in form since replacing Ronald Koeman in the dugout with club legend Xavi challenging again for a place in the top four.

However, without Torres they struggled massively in their most recent LaLiga game, drawing 1-1 with mid-table side Granada, with Luuk de Jong’s opener their only shot on target of the match.

The game also saw star youngster Gavi pick up a first career red card minutes before Antonio Puertas late equaliser, becoming the second youngest LaLiga player to be sent off in the 21st century at the age of 17.