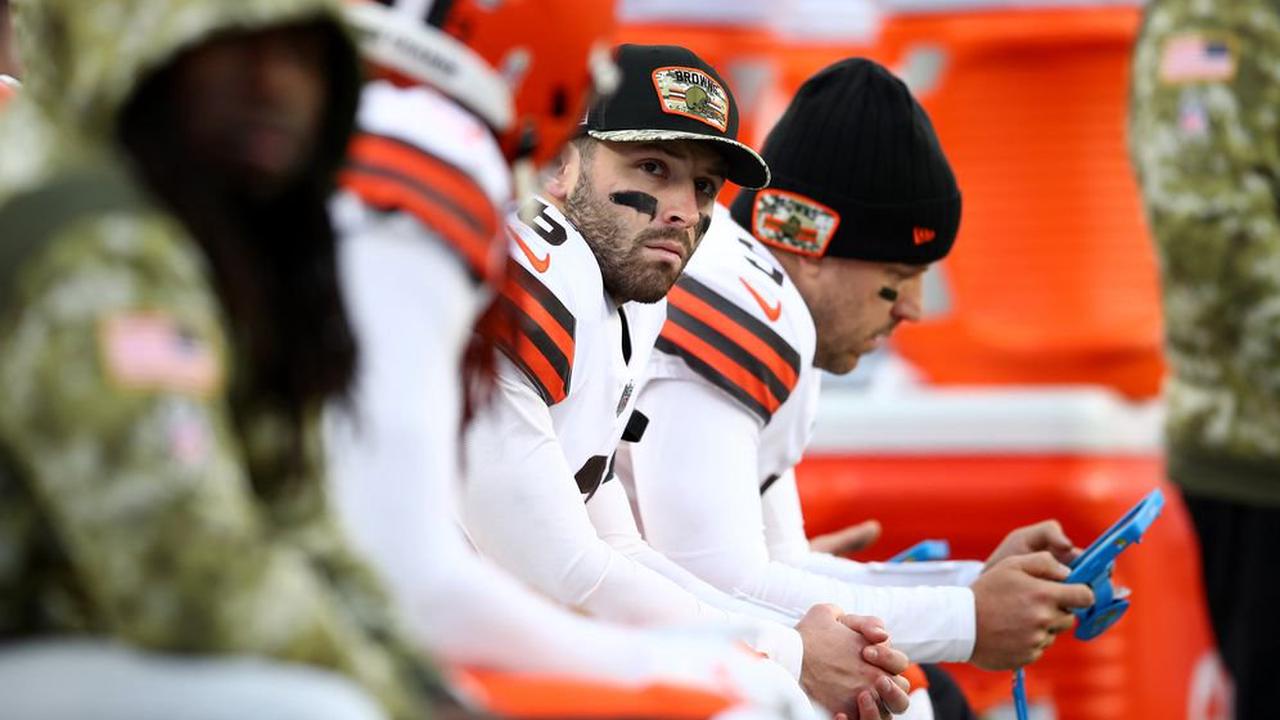 The Browns are fresh off an embarrassing win over the winless Detroit Lions, where Baker Mayfield played as bad as he ever has. Completing just 51% of his passes and throwing two interceptions, the Browns narrowly escaped the Tim Boyle lead Lions, 13-10. Not only was Baker Mayfield in the crosshairs of the media due to his poor play, but that he wouldn’t speak after the game. Which, if you know Baker, it’s uncharacteristic of him to refuse a microphone. But after some comments he made on Monday, he probably should’ve taken the same approach he did Sunday and just said nothing.

#Browns QB Baker Mayfield on fans booing him during Sunday’s game: “Those are probably the same fans who won’t be quiet when we’re on offense and trying to operate. So I don’t really care.”

He went on to explain why he skipped speaking to the media, and his answer was a brutally honest self-reflection.

#Browns QB Baker Mayfield said he expects to play Sunday night vs. Baltimore.
He explained that he skipped talking to reporters after Sunday’s game because he was frustrated and wanted to get all of the emotions out first.
“I’d be the first to tell you I played like sh*t.”

In a season that has been nothing but tough for Baker Mayfield, the Browns, and Cleveland as a whole, I’d love to applaud him for showing a bit of self-awareness, but the shot he took at Browns fans lacks any and all self-awareness. In fairness to Baker, no one has ever confused him for giving politically correct answers. Hence when he took a shot at his team’s medical staff. Or the multiple times he fired back at Colin Cowherd. But for him to take a dig at a fanbase that loves him, his toughness, and what he’s done for the team is utterly ridiculous.

This season, Baker’s been statistically one of the worst quarterbacks in the league. Currently, Pro Football Focus has him ranked 27th in the league. Given how the season has panned out thus far, you’d think Baker would be hesitant to open his mouth. Yes, he has multiple injuries he’s playing through, but like Baker himself said, no one cares.

Mayfield Must Be Careful

Baker Mayfield is no stranger to sticking his foot in his mouth. He’s done it plenty of times over his four-year NFL career. But now more than ever, Baker needs to be mindful of what he says. The last thing a team wants to deal with is an average quarterback with a big mouth. And this season, Baker has been a huge step below average.

Fair or not, injury excuse or not, this season has not gone the way Cleveland envisioned it would. Considered one of the best rosters in the league and a Super Bowl favorite, the Browns are just one game above .500 through 11 games. Baker Mayfield, of all people, should understand why the Cleveland faithful would boo their team’s last performance. They’ve underachieved all season and barely beat the worst team in the league. Baker low-key blaming the fans for their offensive struggles is insanely laughable.

With Odell Beckham Jr. now in LA, the only excuse Baker can lean on is the injury excuse. And as long as Baker plays through injury, it becomes weaker and weaker. The Browns already picked up Baker’s fifth-year option, so most assume he’ll remain the quarterback in 2022. However, with the possibility of Russell Wilson or Aaron Rodgers becoming available, Cleveland might just move on.

If Baker Mayfield elects to continue to play through his injuries, he should be more like Russell Wilson. Do your job to the best of your ability, speak to the media after games, don’t insult your fanbase, and prepare for the next opponent. Keeping it real, Baker Mayfield needs to grow up quick, fast, and in a hurry.

Hit me up on Twitter @KENDRlCKS, and be sure check out more NFL related articles by the Belly Up Sports team