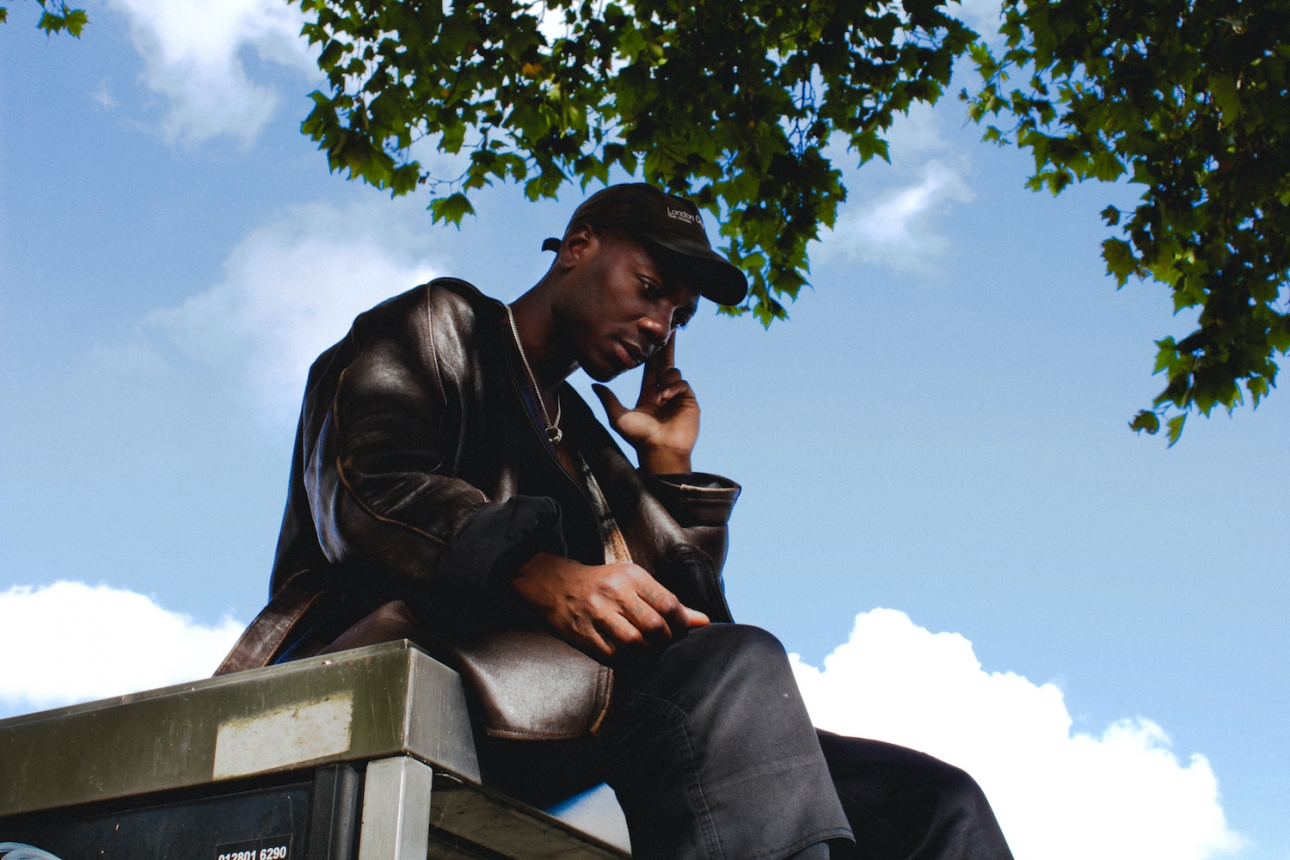 Pulling his musical pseudonym from a personal, six-month social experiment where he attempted to live in the 21st century without carrying a phone, Manny aka BAD WITH PHONES is known for poking holes. “I wanted to see why we all feel so obligated to own one,” he explains.

Raised in Deptford to Togolese parents, he spent his upbringing in the church, where the comfort of gospel music trickled into his family home. While his parents exclusively listened to gospel artists, Manny looked to his brothers’ record collections and became affixed with the likes of Wu-Tang, Puff Daddy and TLC.

Yet, his work today is informed by a more rebellious streak of hacking his school’s computer network, picking fights with members of the National Front, or rival gangs from his South London ends. “Let’s microdose / let’s get spiritual” he emits on his previous single “Ghost”, in a twisted, psychedelic ode.

Going against the grain of his religious upbringing, Manny admits “Learning guitar at the age of 16/17 was my escape from hanging around with the boys,” he shares. “I just knew it wasn’t worth it, and where it was gonna end up eventually.”

“I first started writing original music when my mum passed away,” he explains of his mother’s cancer battle while he was in his final year of the Westminster University’s Commercial Music Performance programme, where classmates included Michael Kiwanuka and Paolo Nutini. “It was just like, ‘Oh my god, I don’t know what to do with all the stuff I’m feeling.’ So, I started writing.”

Many years later, BAD WITH PHONES is anything but a sob story – Manny’s talent and determination are palpable through his endearing sonics and raw narratives. “Refrigerator” plays to Manny’s duality against an R&B backdrop. Beginning with distorted vocal pitch lines repeating “all I see is signs”, his strengths remain wrapped up in his life experience as he conjures up a female alter-ego by the name of KIM BLUE, who features on the track.

“So she’s quite a sinister, gangster person, but also very sweet; it’s a love-hate relationship between me and her,” shares Manny on her backstory. “And she low-key wants to be an artist; I think she’s gonna be around for a while. It’s like she’s another part of me or something…”

​​Drawing back to himself, he continues, “I heard the beat and it sounded like an anthem and made me feel like a cold motherfucker hence the title… I also recorded it with the mic in my refrigerator.”

With his debut mixtape on the horizon, BAD WITH PHONES continues to carve out a name for himself in combining the engaging with the disruptive. “My intention was just to come with vibes,” he shares. “It was about creating something fun and light-hearted and bringing a lot of youthful energy to the table. And I wanted every track to feel like it could be in the charts. There needed to be no filler.”

“Refrigerator” is out now via Don’t Sleep. Find BAD WITH PHONES on Instagram.