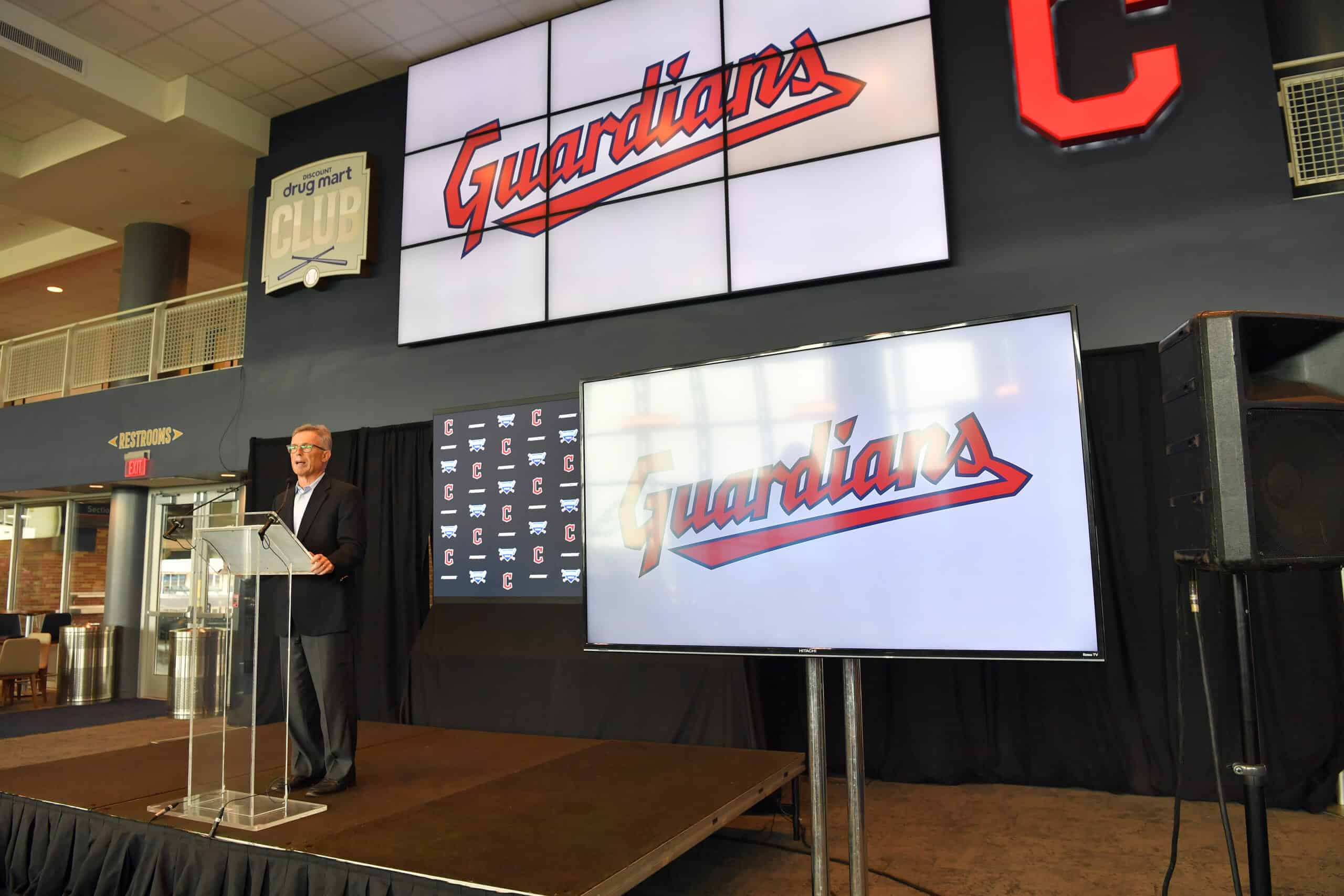 The Cleveland Guardians officially came into existence Friday morning after months of waiting.

That means merchandise is on sale at the official team shop at Progressive Field.

Fans and media alike flocked to the scene, where something strange happened.

A brand new Guardians sign was put up, only to come crashing down along with some giant pieces of concrete.

According to the time stamps on several tweets, it was not up long before it slammed into the ground.

New team store sign going up for the #Cleveland Guardians, as fans pack the shop on day 1. pic.twitter.com/C1XNqaQObF

That is not exactly a great omen and luckily no one was hurt from this giant sign flying toward the ground.

A lawsuit with a local roller derby team held up the process, as fans found yet another reason to be upset with ownership.

The sign crashing to the ground almost seems to symbolize this transition in general.

The organization knew they wanted to change the name, but it never felt like they had a great plan in place at any point in the process.

The same is now true with hanging up a sign on what appears to be compromised cement.

MLB is headed toward a lockout, meaning there is not going to be much to talk about once December arrives.

That leaves us with conversations about signs falling and speculation on who will sign where right before the season begins.

If all goes well, hopefully the lockout is over by February.

As for Guardians fans, they can stock up on merchandise before the holidays to celebrate the team’s new identity.

They just have to be sure to be careful when walking around any new signage near Progressive Field.

No one knows when it could come crashing back to the ground.